Marissa is a small town (est. 1,836 in 2016) whose peak population (2,568) occurred in 1980 just before the collapse of the coal industry due to the 1990  requirements of the Clean Air Act. Like many of the downstate coal towns, its peak was in the 1950s when Main Street was vibrant. For a hundred years there were more than a dozen functioning mines with a 3-mile radius of the town. And like Gillespie, which has “Black Diamond Days,” Marissa has the Marissa Coal Festival, which was founded in 1979 when (we are investigating this) there was enough actual mining and a perhaps a portentous intuition that mining would and could become heritage. Perhaps a recognition of the future came in 1989 when that year’s Coal Festival Committee, local unions, area coal companies and the village and township contributed the funds to erect a Coal Miner Monument in the city park. The monument was dedicated in 1990. The Marissa Museum (operated by the Marissa Historical and Genealogical Society) has a “coal country” exhibition at the entrance. 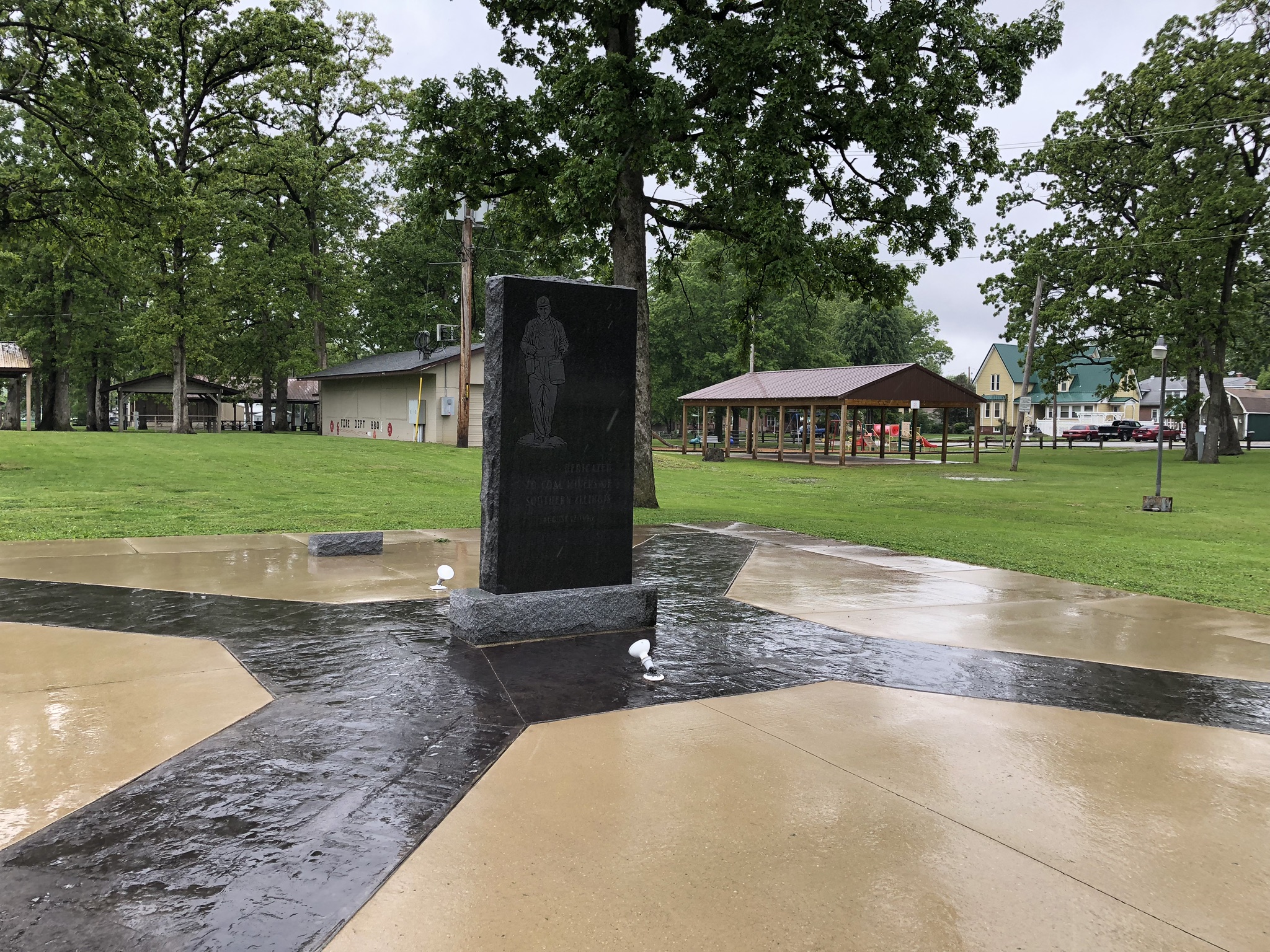 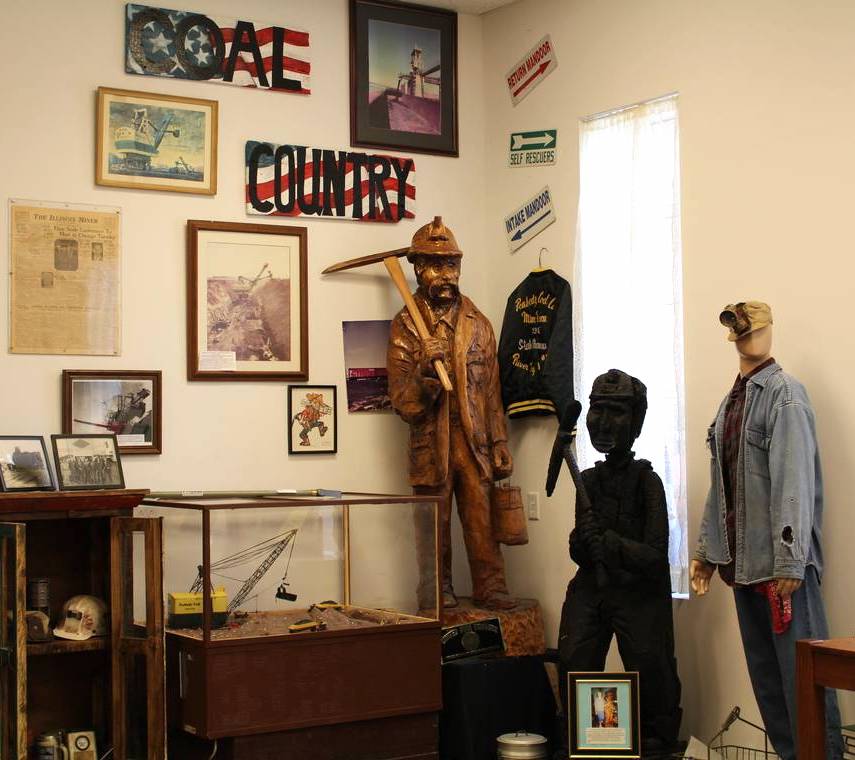 The 2019 Marissa Coal Festival had the theme of “Glory Days: Celebrating the 40th Anniversary of the Marissa Coal Festival and the 100th Anniversary of the American Legion.” The latter could explain the abundant number of American flags lining the street and visible on various floats, trucks and cars in the parade down Main Street. It appeared that the entire population of the town not in the parade was living the street to watch it. 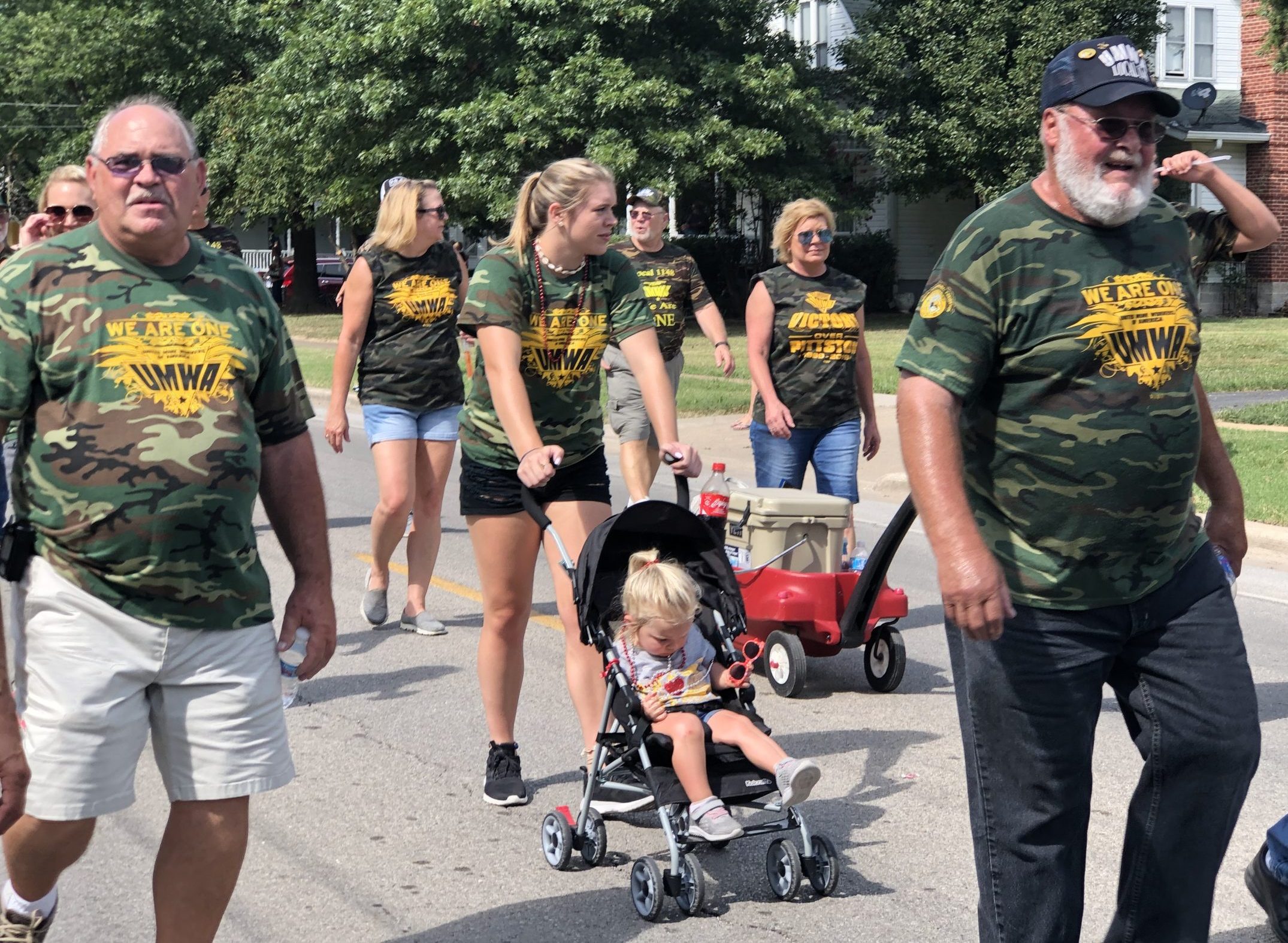 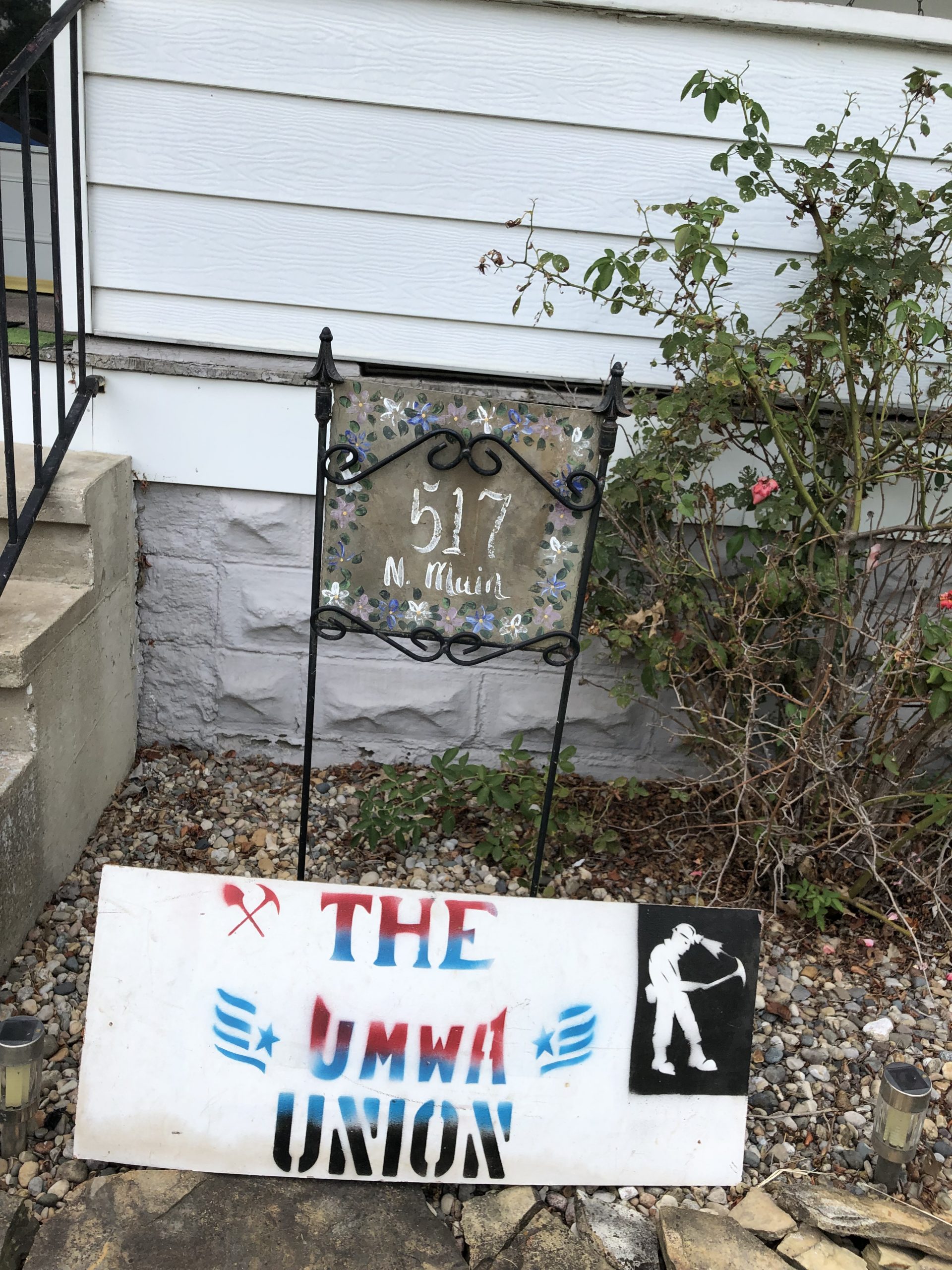 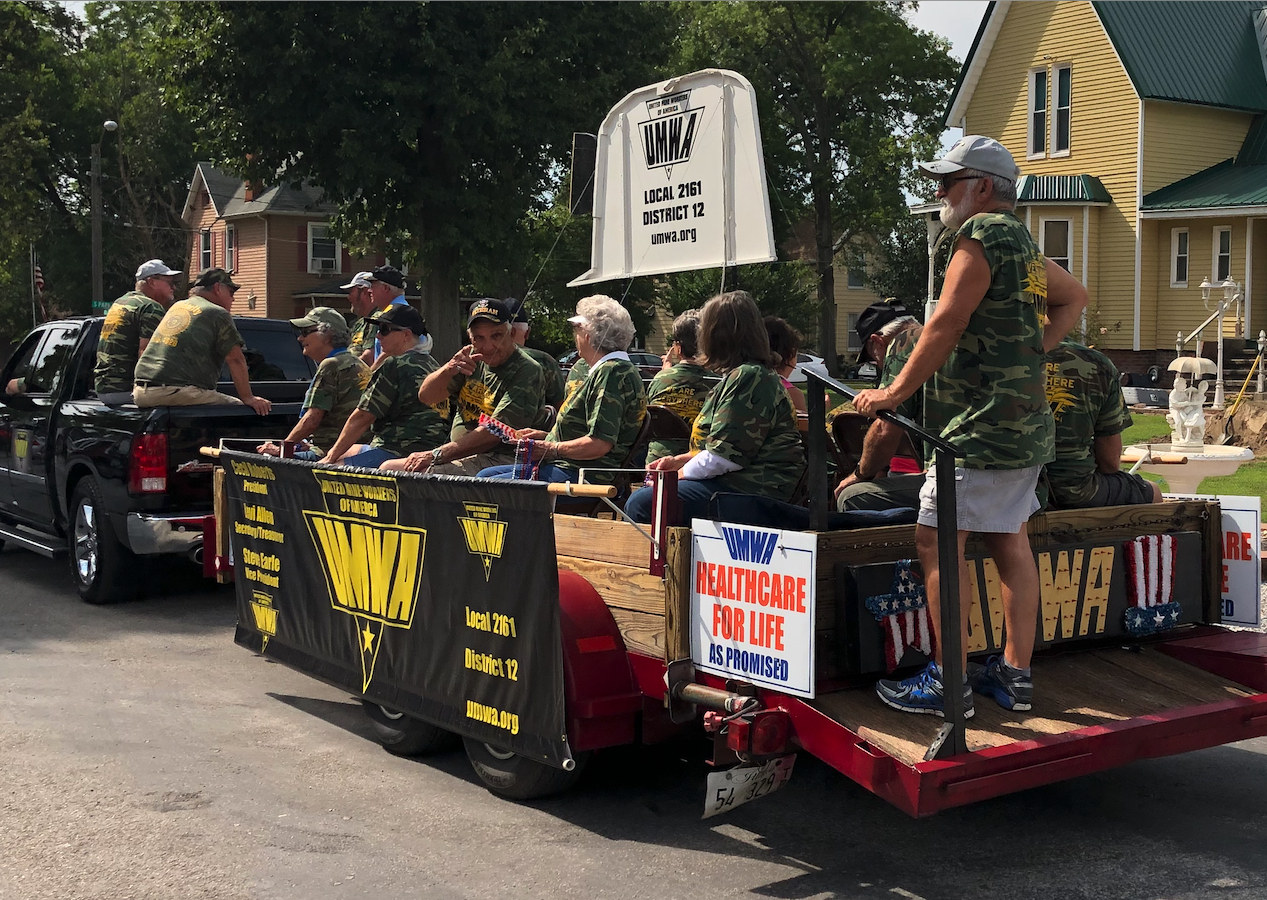 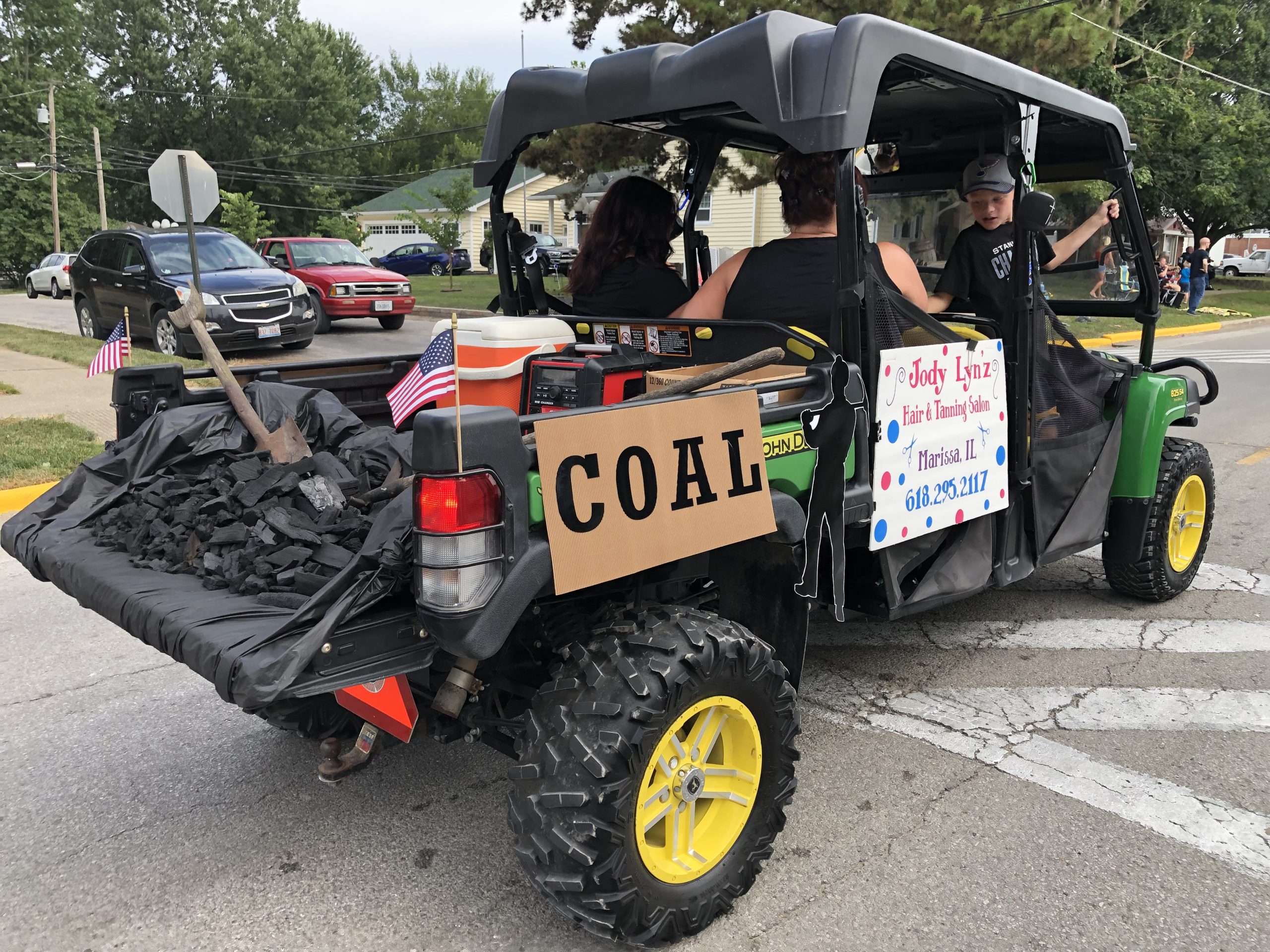 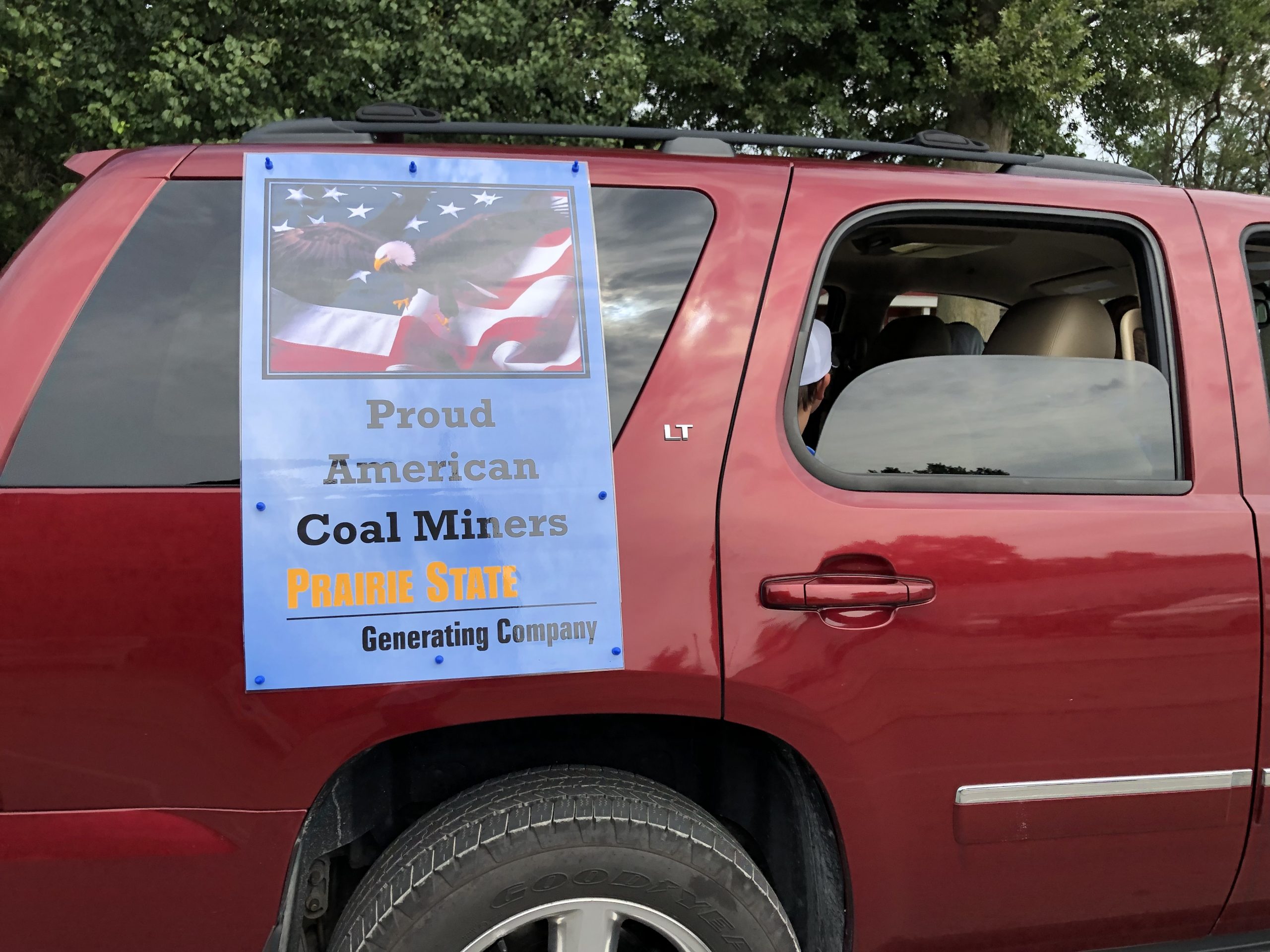 A NOTE: With the Mythic Mississippi Project having just started when the 2019 Marissa Coal Festival took place, there is no basis for comparison (until interviews are conducted) to know if previous parades featured the participation of the local division of the United Mine Workers of America and representatives of nearby branches, as happened in 2019, and if the presence of a few participants making direct reference to Marissa’s coal past were also present previously. This is a theoretically interesting question relating to anthropological concepts of “heritagization,” “memory” and the “vacant landscape” that has been explored in the Durham Miners Gala in northeast England. Here it is simply indicated as a placemarker for particular scholars who might be reading this webpage.