It is historically known that there were several smaller Mormon settlements in Nauvoo’s area. Morley or Morleytown existed from about 1840 until the Mormons left Illinois. They produced goods and serviced Nauvoo. Another disappeared town is Mormontown (Mormon Town), near today’s Griggsville and Pittsfield and only about fifteen miles east of New Philadelphia. We have not yet tried to find it.

THE FOLLOWING IS QUOTED FROM THE WEBSITE OF DR. NEIL GALE
https://drloihjournal.blogspot.com/2016/12/lost-towns-of-illinois-mormon-town.html

When the Mormons were driven from Missouri during the winter of 1839-1840 they temporarily made a settlement they called Mormon Town (or Mormontown), two miles east of Pittsfield, Illinois. The town grew to have as many as 300 voters by 1845 but as the troubles grew at Nauvoo, Illinois to the north, Mormon Town was abandoned and no trace of it remains today.

On February 22, 1839, members of the Church of Jesus Christ of Latter-day Saints, refugees were driven from Missouri under the “extermination Order” of Governor Lilburn Boggs, settled on this site. The property was owned by Thomas Edwards, who later joined the church. Silas Smith, high priest in the church and uncle of Mormon prophet Joseph Smith, was the leader of these Mormon refugees. The community grew to more than 300 members. Silas Smith died on September 13, 1839, at the age of 58 and was buried here near his home. Smith was succeeded by John Lawton and later by Harlow Redfield, who presided over the congregation until it disbanded in 1845. 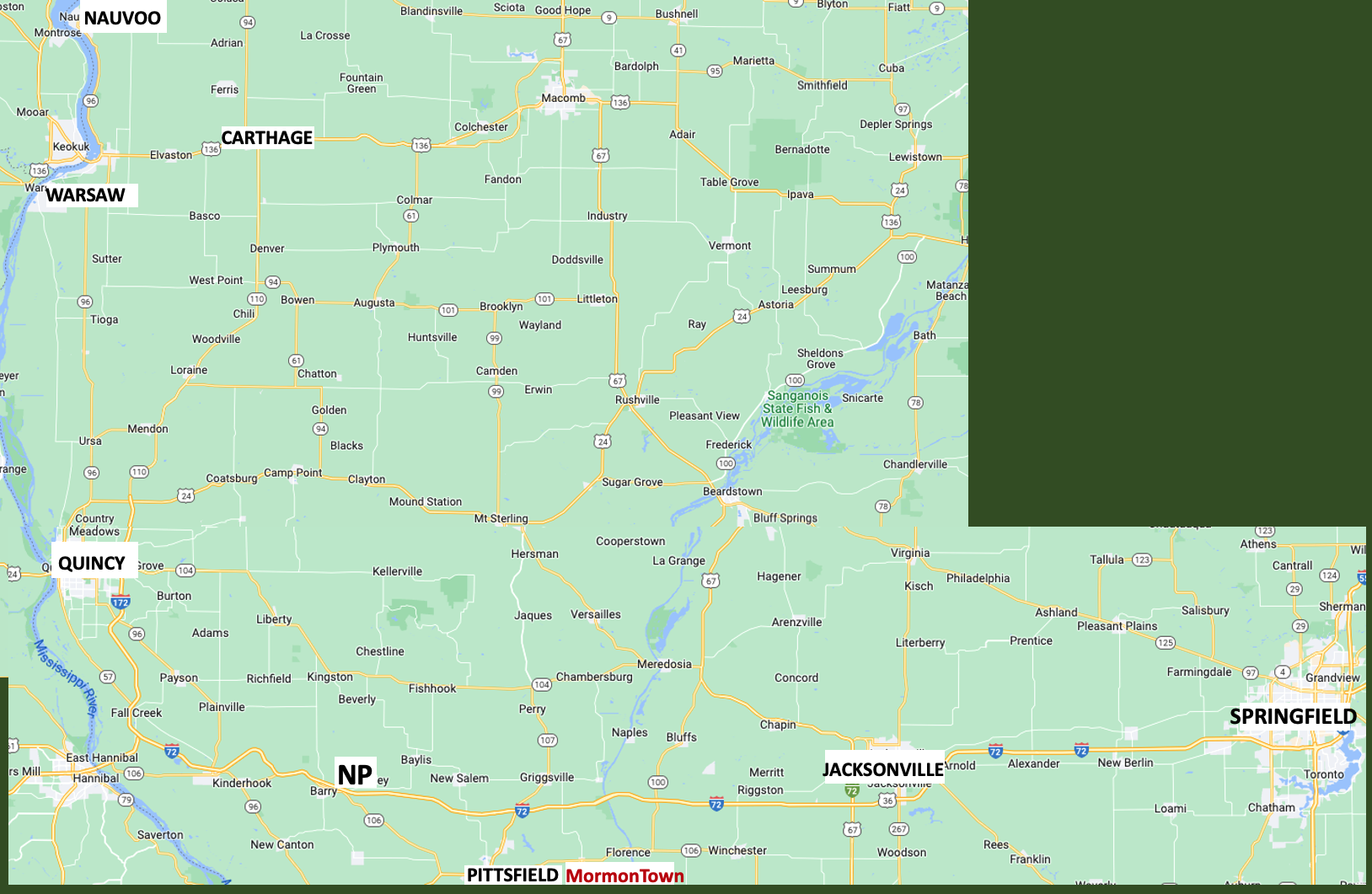 a large version of this map is available here.