ALL DAY IN THE COAL TRIANGLE TOWNS 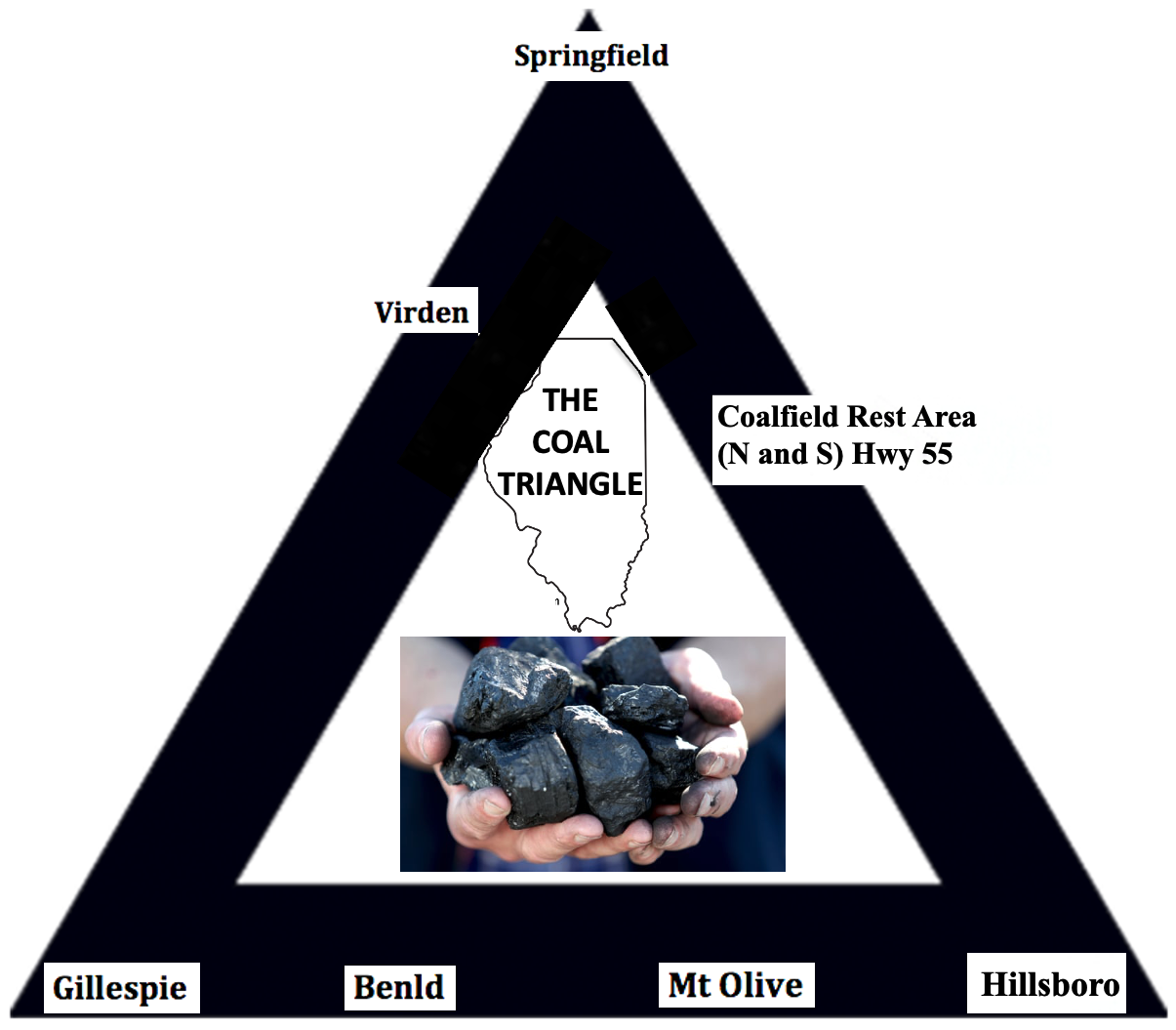 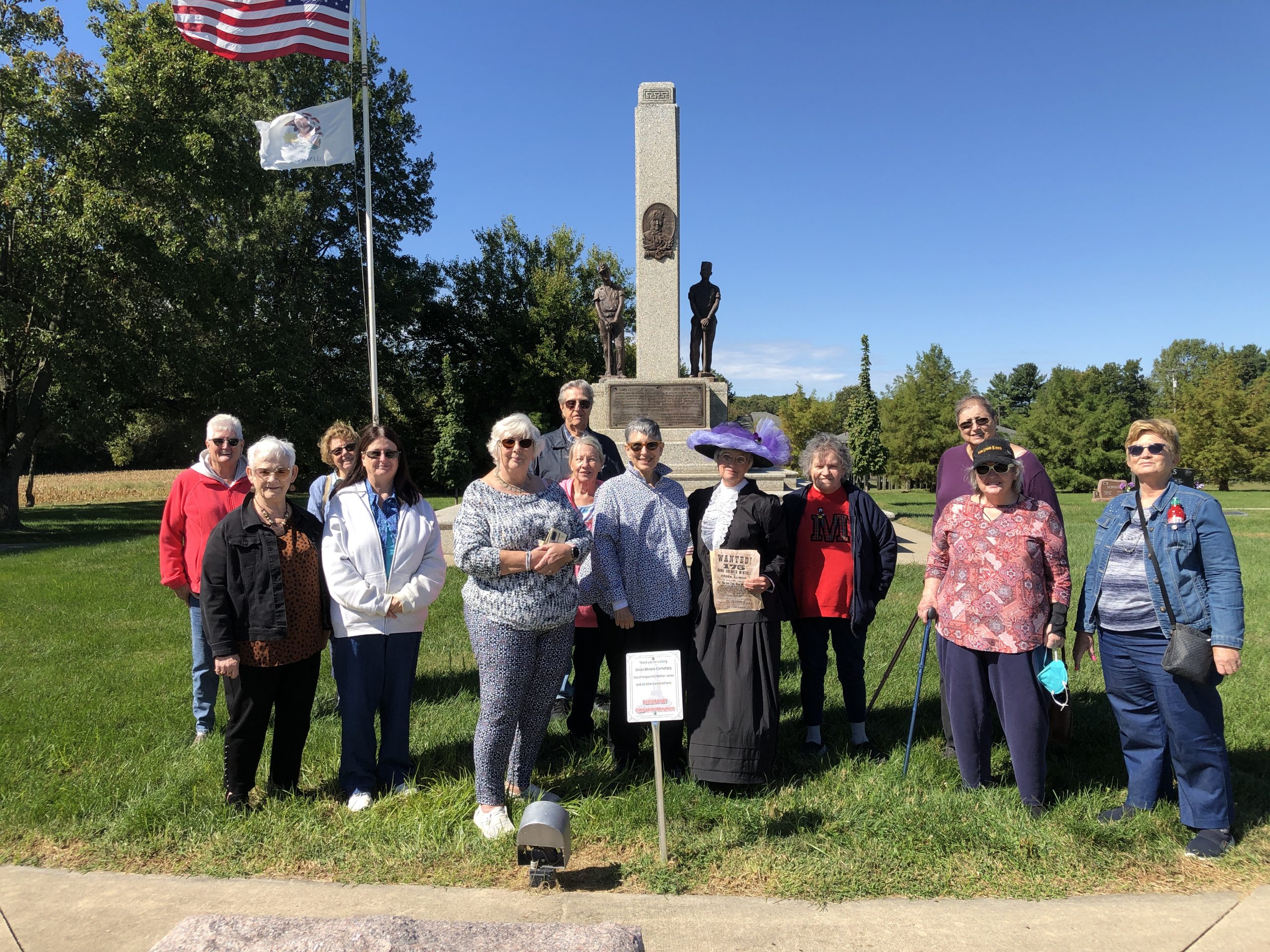 Tourists on the “Coal Triangle Tour” with Mother Jones at Union Miners Cemetery in Mt. Olive, 9.27.22

Regardless of your position on the coal industry today, historically it played a role of unparalleled importance in our state’s economy because southern Illinois sits on a vast bed of coal. Coal miners played a defining role in the U.S. labor movement including stopping child labor, setting hour limits on the work day and achieving safety features that we now take for granted.

Miners were heroic men, going deep into the ground and not knowing if they would return to the surface to see their families. The wives of southern Illinois miners were fierce political activists in support of their husband’s labor rights and they kept their families together.

No one was more feisty than Mother Jones, who was once described as “the most dangerous woman in America” because of her campaigns for worker mobilization across the Illinois coalfields and throughout the country. “General” Alexander Bradley (a charismatic but forgotten figure) worked tirelessly to mobilize his “troops” in dozens of mining towns to fight for better work conditions. Mother Jones and General Bradly are buried near each other in the Union Miners Cemetery in Mt Olive.

Mining towns were an ethnic and religious melting pots where Italians, Lithuanians, Croats and so many more East Europeans worked together in a brotherhood of mutual support and determination. In towns such as Benld, Italians was spoken on the street into the 1950s.

Labor victories were often achieved through violent encounters with mine owners. And miners themselves fractured their own union in the early 1930s and went to war with each other in a period of extreme violence during the depression. A sad but tremendously interesting time that is still recalled in families.

Take this tour and learn about the fascinating history of America’s greatest industry. Come face to face with memorials to multiple mine tragedies. Visit lovely small towns that once were the engine of the region’s economy. See many of them rejuvenating. Visit the former mining landscape that Al Capone used for his illicit booze runs on Route 66 during the Prohibition Era.