One of the final encounters between the increasingly dispossessed Native Americans of Illinois and the inexorably land-acquiring American settlers took place just east of Alton in the land between the fork of the Wood River. The map below and the banner image above provide the approximate location of this event. 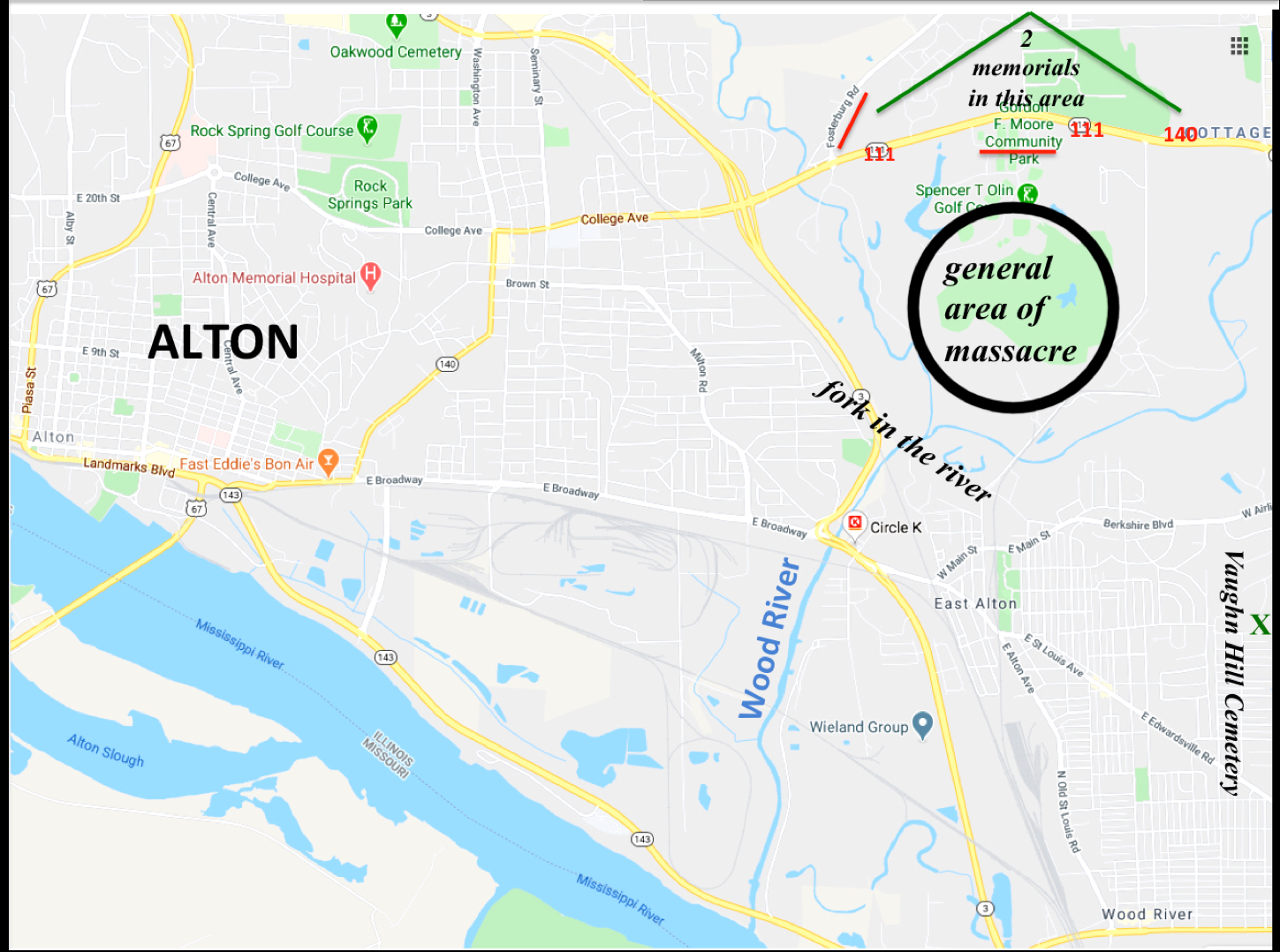 On July 10, 1814 a young wife (Mrs. Rachel Reagan) and six children (her two, two of another family and two from a third family: ages 3 to 10) were killed by a small group of Indians, possibly Potawatomi or Kickapoo who by then were on the move as “roving bands” to quote Illinois historian Roger Biles (see references below). To the horror of the family members who discovered the bodies of the missing people the next day, they had been “tomahawked” and scalped. 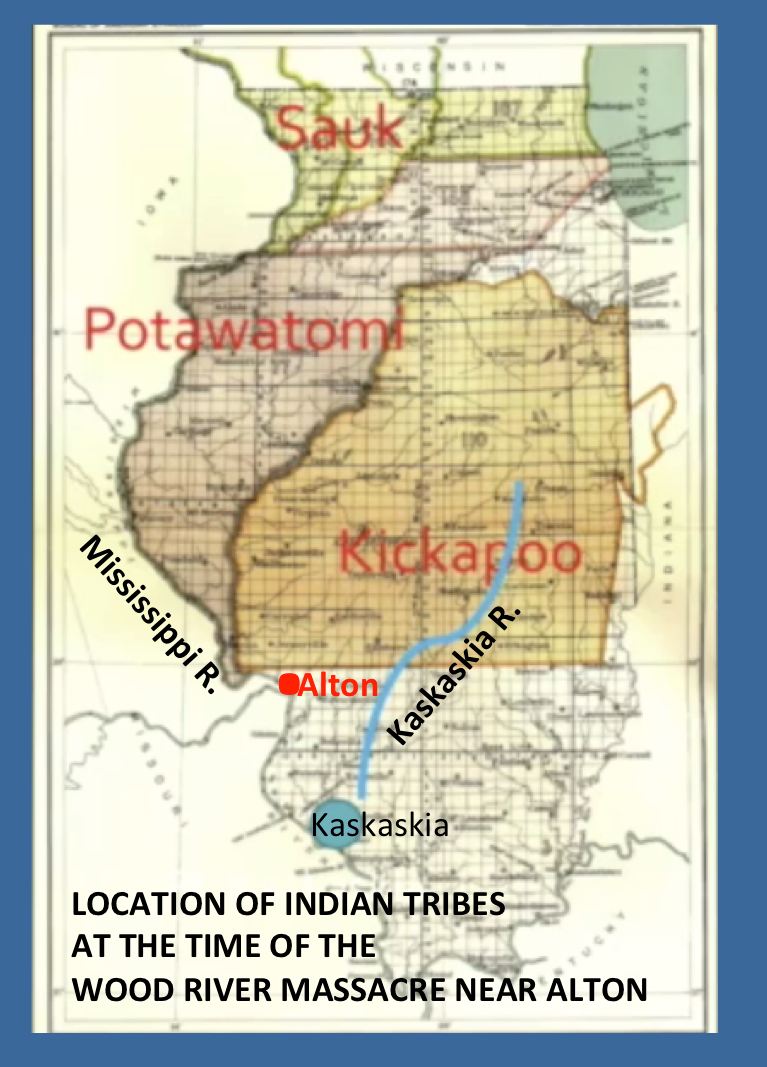 The context of the attack was both the War of 1812 (which lasted until 1814), between Britain and the United States in which Britain sought Indian allies, and  the continuing alienation of native land by the U.S. government, army/militias and settlers. A cycle of violence was playing out in Illinois with Indian attacks and U.S. punitive expeditions against them. Indeed, to put the massacre into more context, this is the same Wood River at whose mouth Lewis and Clark encamped in the winter of 1803 before crossing the Mississippi to begin their great expedition of discovery up the Missouri River to the Pacific Ocean. Their route ultimately opened the newly acquired Louisiana Territory and beyond to American settler colonization with continuing fatal results for native peoples.

Returning to the Wood River Massacre, grandchildren of the one of the other families (Abel Moore) erected two memorials to their murdered children. Descendants of the afflicted families still live in the area.

Riverbender.com has produced an excellent video concerning this tragic event as part of its “Explore the Riverbend” series. Please click on the hyperlink and wait for it to load – be sure to click on the play arrow in the middle of the frame: https://www.riverbender.com/video/details/the-wood-river-massacre-video-2297.cfm