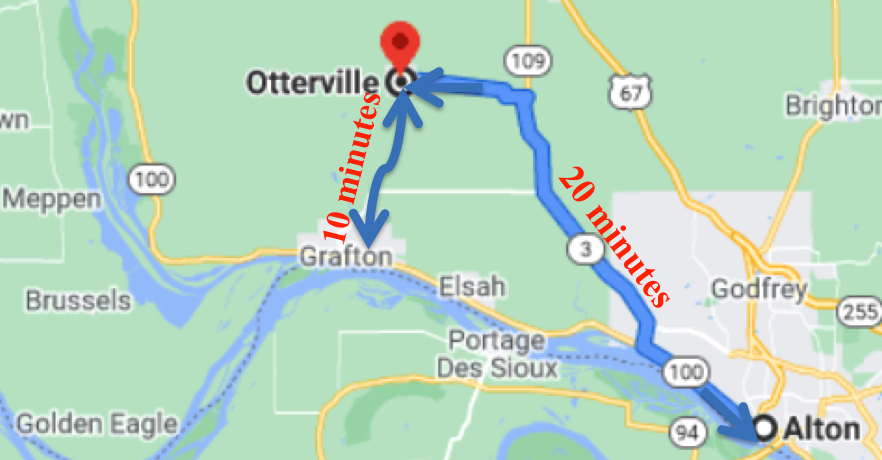 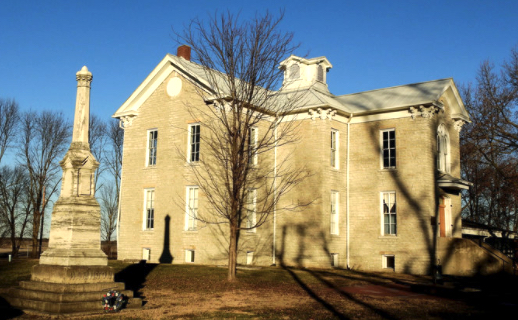 Dr. Silas Hamilton, an enlightened Vermont physician, opened his practice in Otterville, Illinois in 1830.  Upon Dr. Hamilton’s death in 1834, he bequeathed $4,000 to establish a primary school in Otterville that would be free to residents, including to African Americans. The Hamilton Primary School was built in 1835. It was the first free and integrated school in the United States. The original school building was razed in 1870 but the school rebuilt at the site. It was used through 1971. It is on the National Register of Historic Places.

When Dr. Hamilton emigrated to Illinois he was accompanied by George Washington, a slave whom he freed.  George attended the primary school. He became a successful farmer and active member of the Otterville Baptist Church.  George also started a scholarship fund for the education of African Americans.

In 1864, George died and was buried alongside Dr. Hamilton. Part of George’s estate went to erecting a monument west of the schoolhouse to his former master. This is one of the only known instances where a slave erected a monument for his master.and where the two are buried side-by-side.

A historic marker is on the site.

Dr. Silas Hamilton was in the ilk of Edward Coles.

The Hamilton-Washington story is recounted in an article by a descendant relative that can be read online. 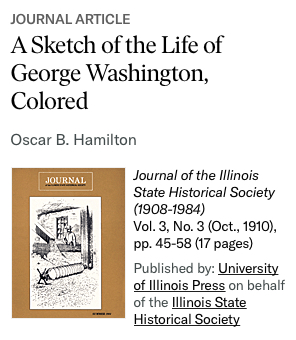 Otterville was also a part of the Underground Railroad network between St. Louis and Jacksonville, Illinois. 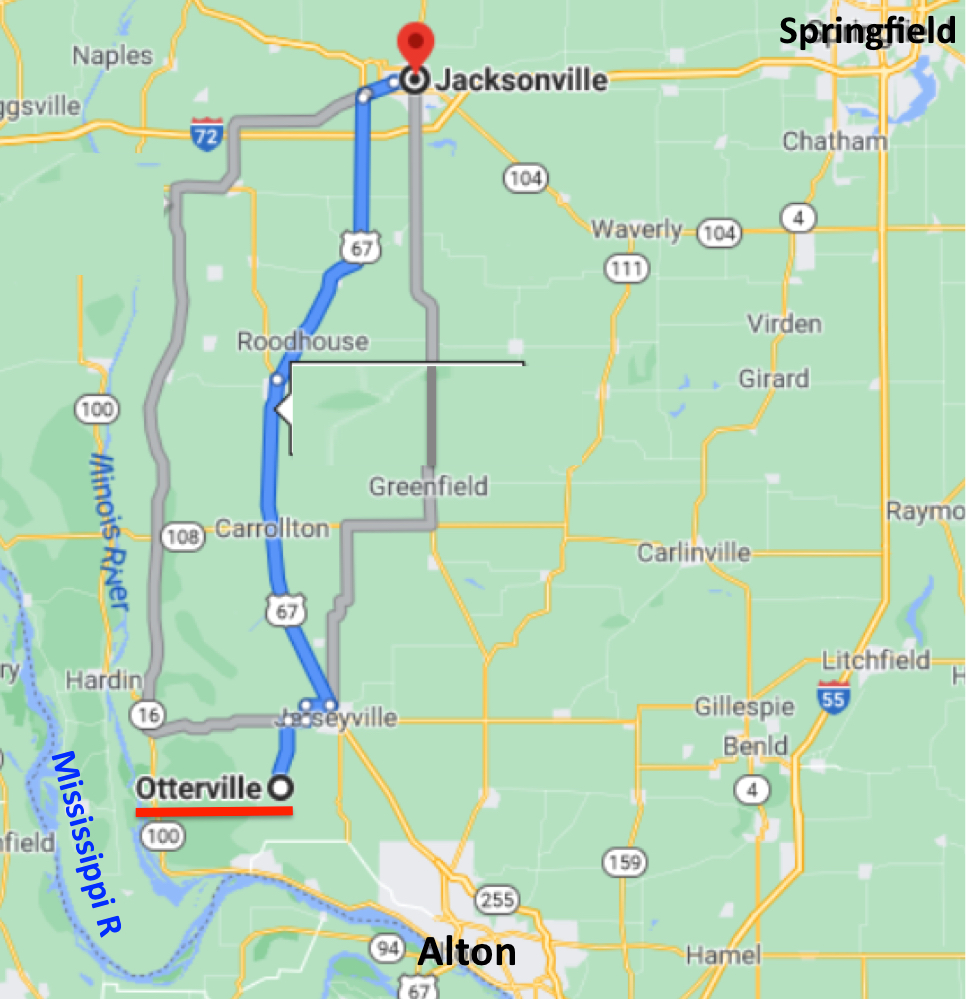