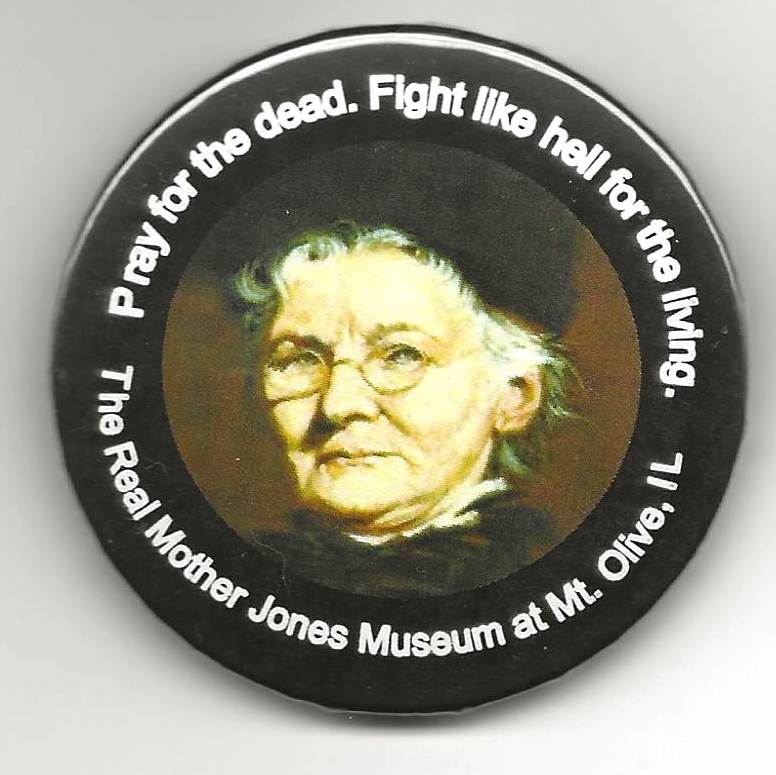 Mt Olive is synonymous with the great  labor leader, MOTHER JONES (Mary Harris Jones, 1837-1930), once called “the most dangerous woman in America” because of her activism.  Mother Jones became the recognizable face of labor activism in the United States and most especially for the struggles of the nation’s coal miners. She was a thorny presence in the coal-based battles of Colorado, West Virginia and Pennsylvania. Of all the labor dramas she witnessed and in which she participated, however, Mother Jones expressed her greatest admiration for the coal miners who fought in an event at which she was not present: the Battle of Virden, saying:  “They are responsible for Illinois being the best organized labor state in America” (p. 289, Elliott J. Gorn, Mother Jones. The Most Dangerous Woman in America, 2001). 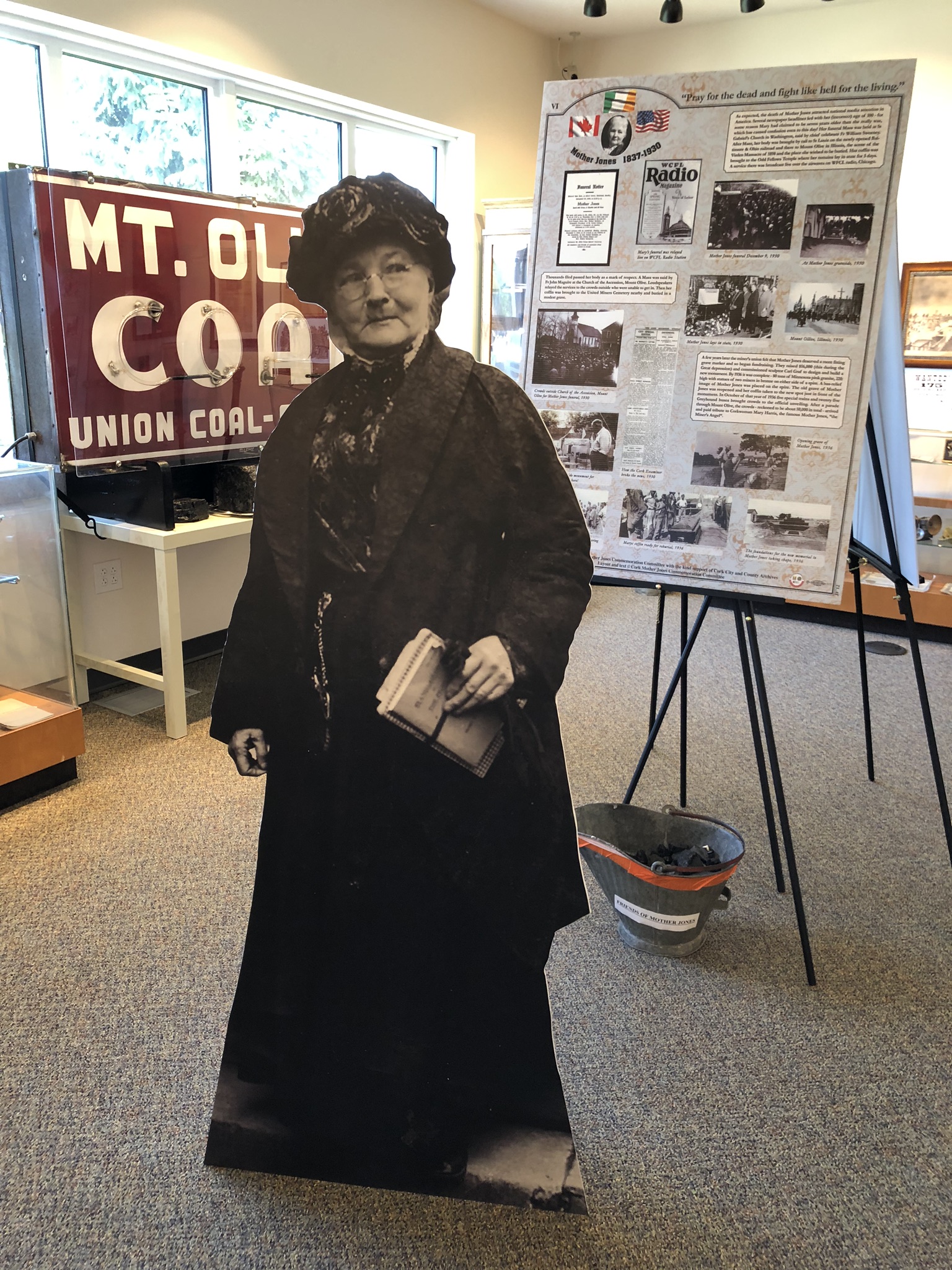 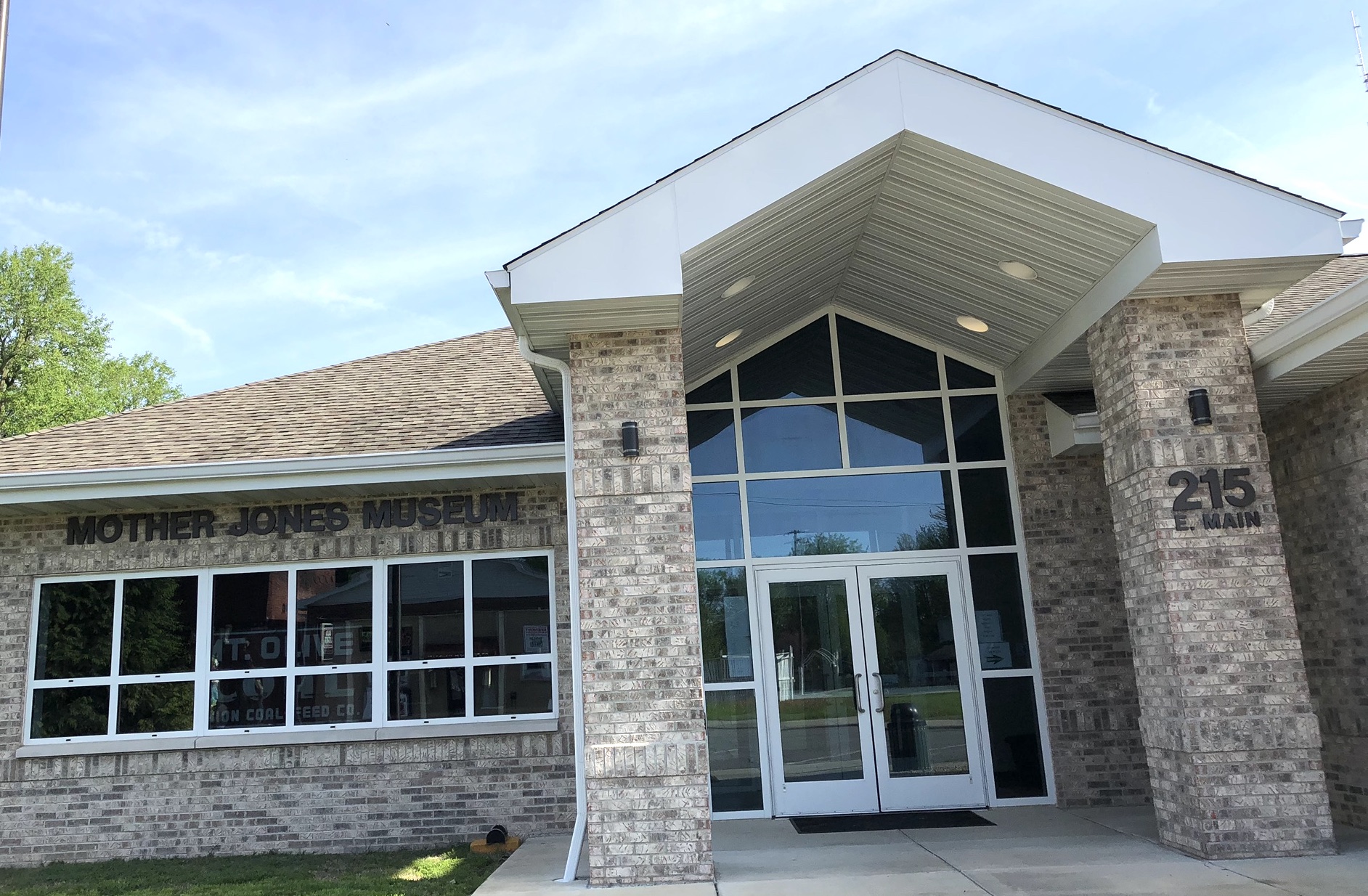 Soon visitors also will be able to learn about the great home-grown labor leader from Mt Olive: Alexander Bradley, known by his self-ascribed honorific: General.

Bradley was a driving force in the events preceding the United Mine Workers (UMW) national strike of 1897. He achieved the unionization of tens of thousands of miners in southern Illinois in a very short time. His campaign started in Mt Olive and from there spread out. 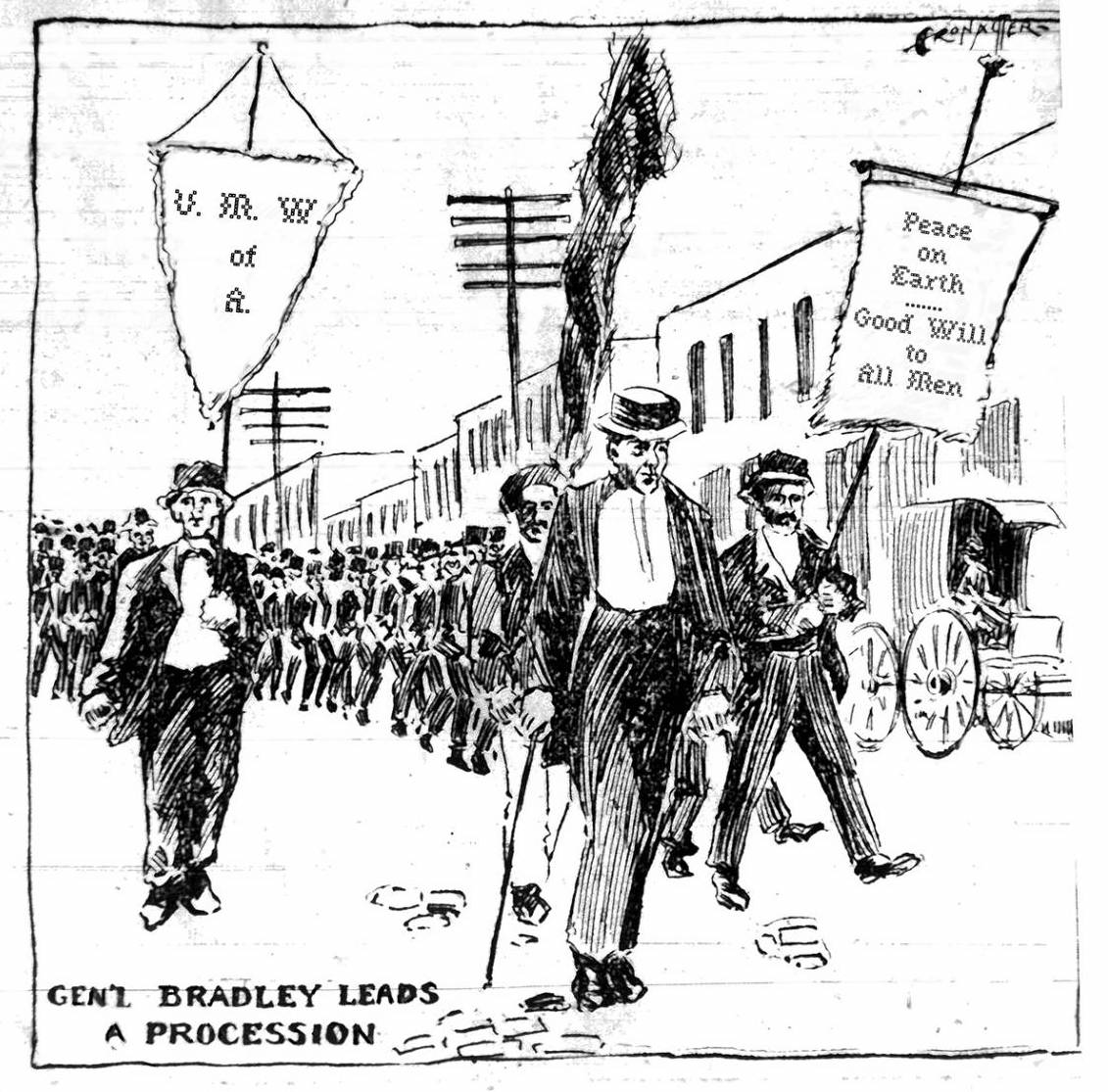 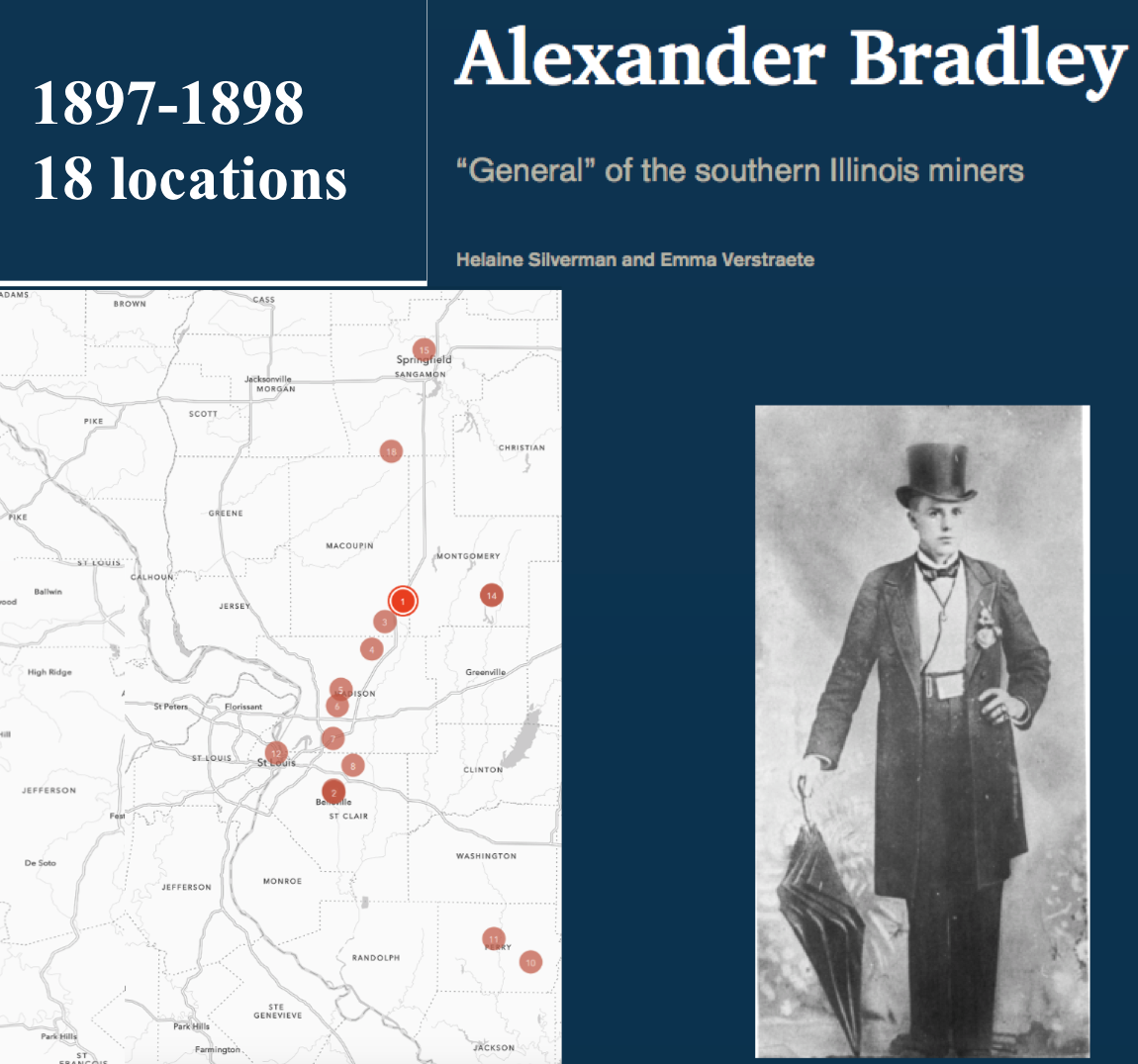 Ultimately, Bradley succeeded in creating a militant group of mine workers in southern Illinois who formed “the most powerful vanguard in the union movement” (see p. 151, Reckoning at Eagle Creek, 2010, by Jeff Biggers). He was the principal union activist in what became known as the Battle of Virden (the town is 40 miles north of Mt Olive), which Mother Jones referred to.

That cemetery has great historical significance. It originated as a result of the Battle of Virden because the fallen miners of that 1898 event were denied burial in Virden, which was a company town. The UMW was able to purchase land in Mt Olive for the purpose of creating a cemetery. Additional land was subsequently purchased for the expansion of the cemetery. Insofar as we know, it is the only union-owned cemetery in the United States. 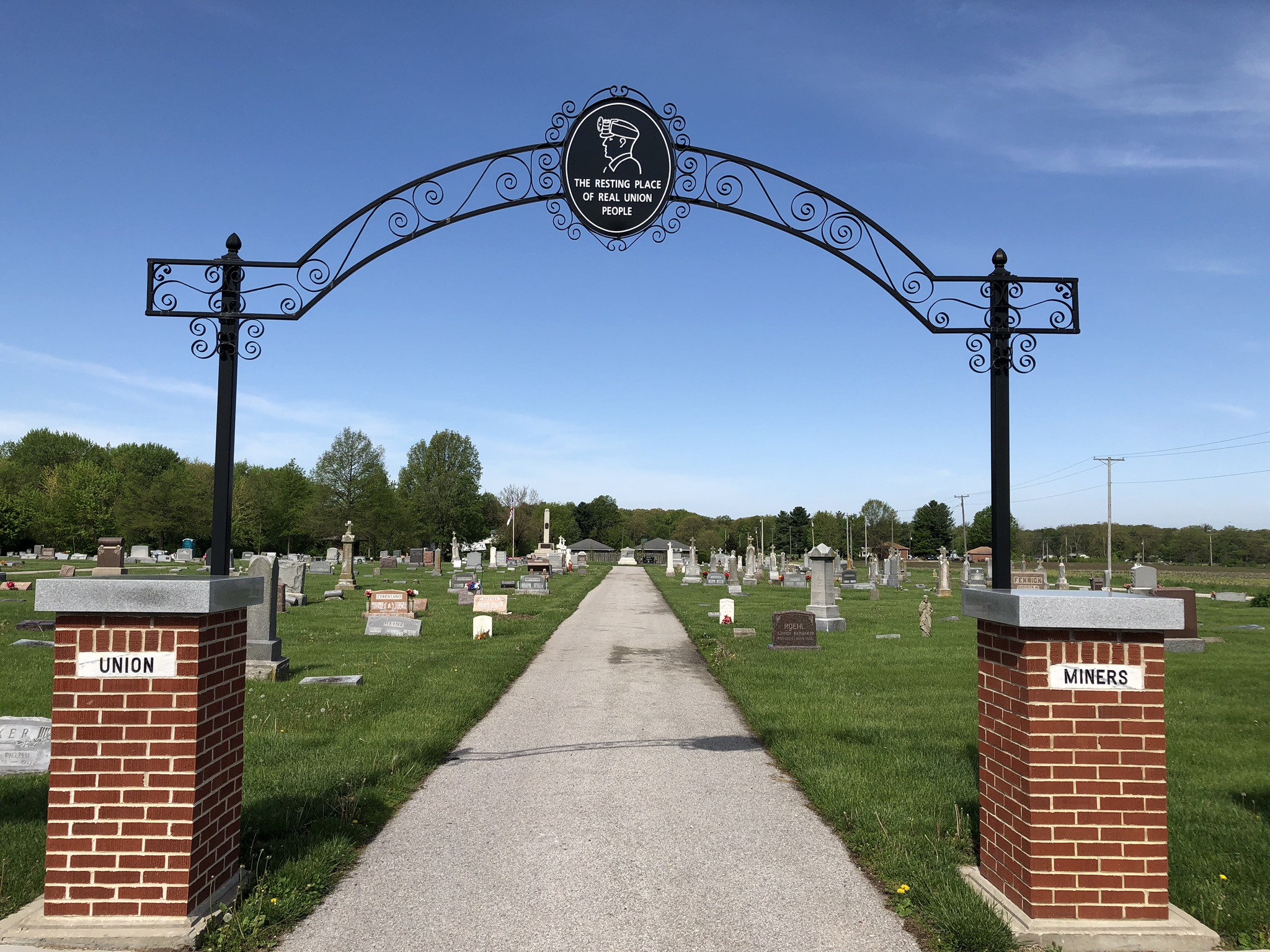 The Union Mines Cemetery was inscribed on the National Register of Historic Places in 1972. 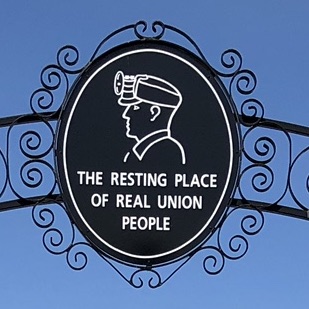 In the years that followed the Battle of Virden, an annual October 12 commemoration began to be held at the cemetery. This prompted multiple visits to Mt Olive by Mother Jones. The town was one of her favorite places. Indeed, already a nonagenarian, she intended to attend the 27th annual commemoration in 1925 but was too ill to come. This is when Mother Jones wrote a special request asking to be buried in Mt Olive’s Union Miners Cemetery in “the same clay that shelters the miners who gave up their lives on the hills of Virden … those brave boys [who] gave up their lives for a holy cause…. I want to take my last sleep with my brave boys in Mt Olive…” Her request was granted. She was buried alongside “her boys” in 1930.

Come to Mt Olive to see the actual place so dear to Mother Jones’ heart!

Some 40,000 people – most of them miners  – entered Mt Olive over three days to pay their respects to this extraordinary labor leader. Many sobbed. Her funeral service was held at the Roman Catholic Church. The grandson of one of the pallbearers for Mother Jones’ coffin still lives in Mt. Olive.

Soon after Mother Jones’ death and funeral, the newly formed Progressive Miners of America (which split from the United Mine Workers) raised the money for a great monument to Mother Jones and to their own martyrs in the violent labor battles of southern Illinois. It is located, appropriately, in the Union Miners Cemetery.  Mother Jones and General Bradley are interred just a few feet from the grand monument. A cameo portrait of Mother Jones appears at the top of the tall column and a plaque bearing General Bradley’s name and plaques with the names of three miners felled at Virden are emplaced at the base.

The town of Mt Olive remains intimately associated with Mother Jones and celebrates its connection to her with banners hanging from lamp posts. Many related activities are conducted in Mt Olive by the Friends of the Mother Jones Museum Association. 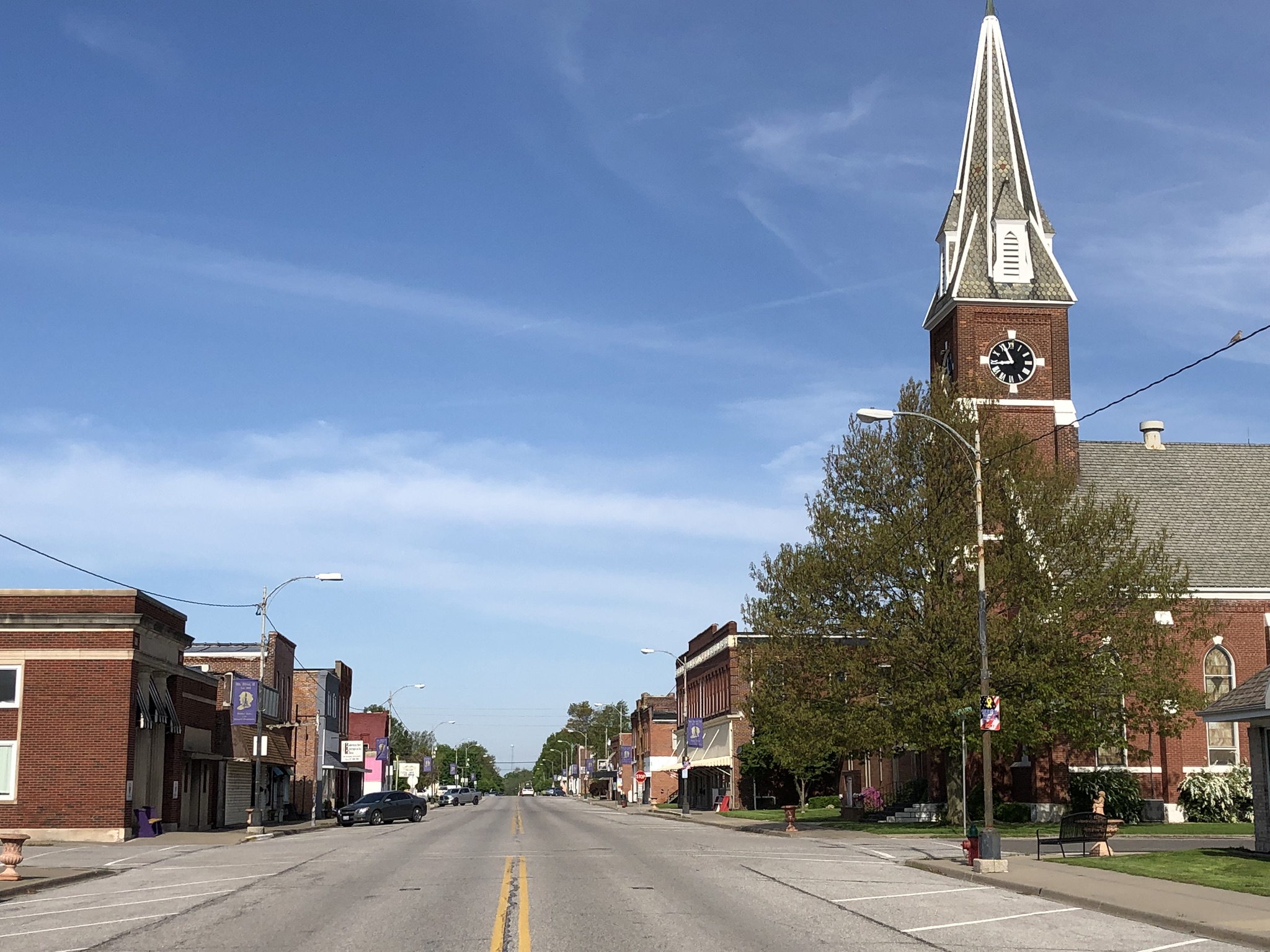 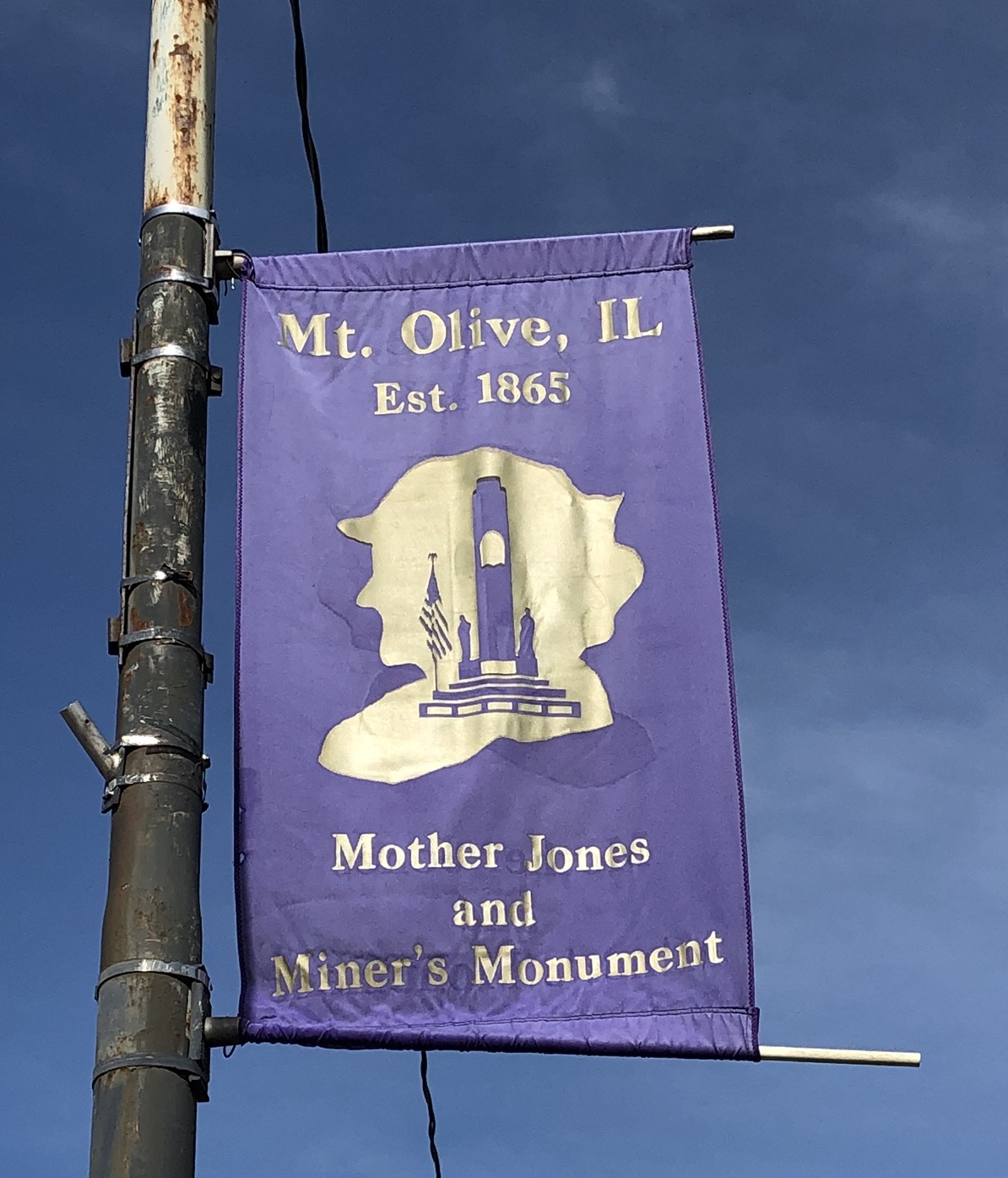 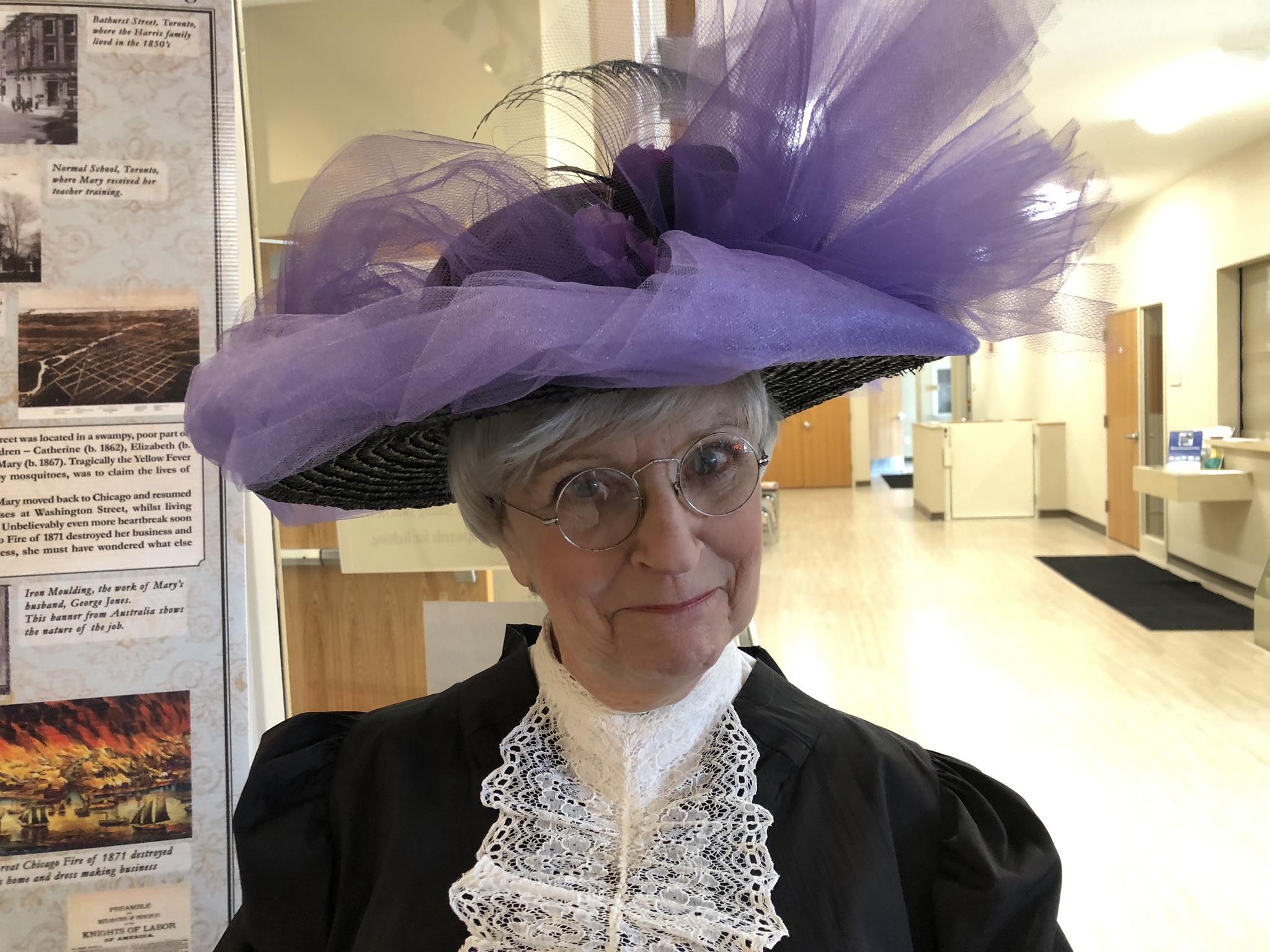 The Mount Olive Herald, which began publishing in June 1880 still operates in town (as a weekly). It covered Mother Jones’ funeral, the development of the the Union Miners Cemetery, the dedication of the Monument, and the struggles between the Progressives and the UMWA. Its office is still on Main Street!

For more information about the historic Mother Jones and the labor struggles of coal miners, please go to the RESOURCES section of this project website: https://mythicmississippi.illinois.edu/resources/  And we recommend Si Kahn’s extraordinary musical Mother Jones in Heaven starring  Vivian Nesbitt & John Dillon: https://motherjonesinheaven.com/video 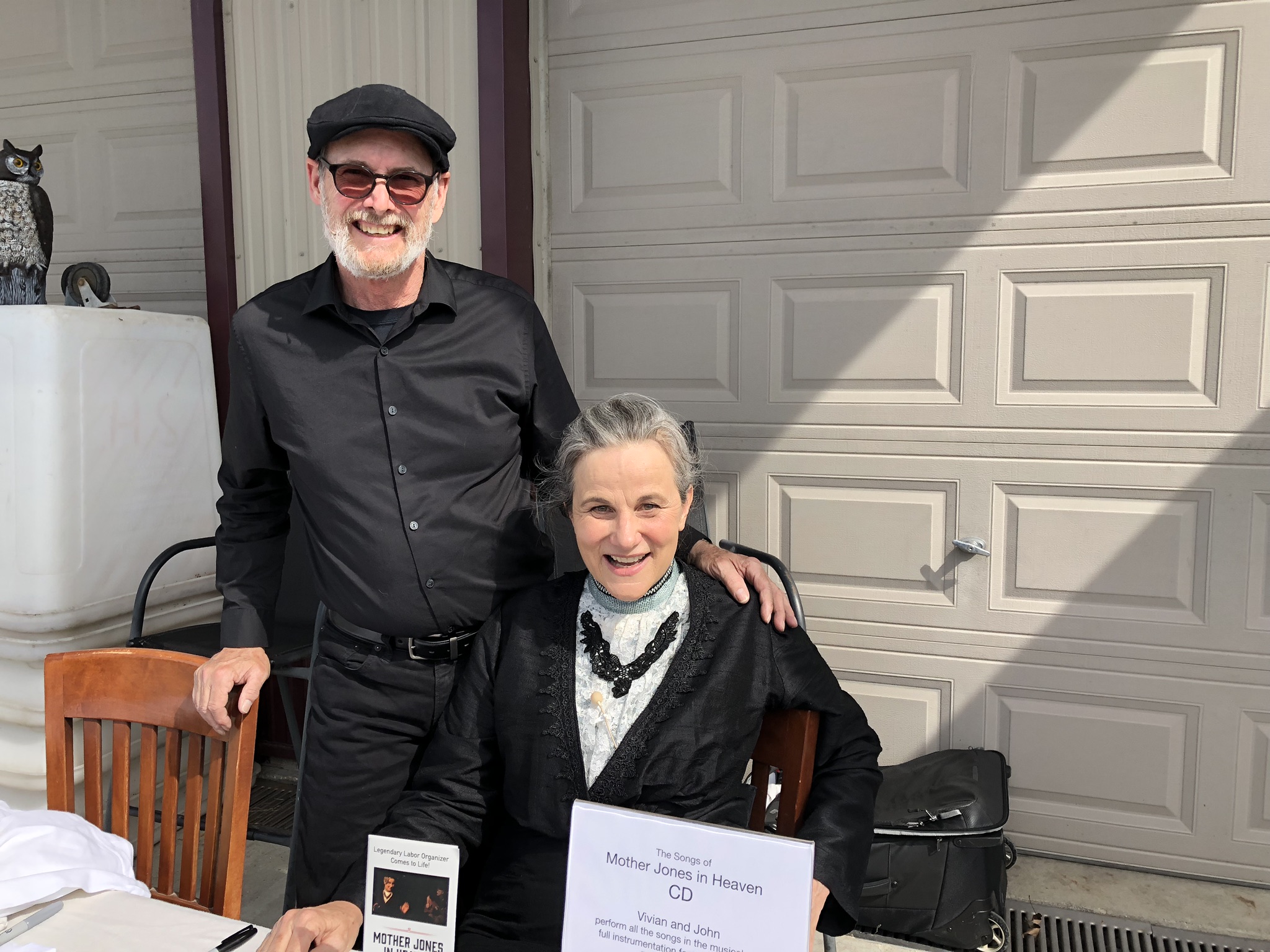