In 1881 disaster struck Kaskaskia yet again. Now the Mississippi River shifted its course eastward by breaking through a narrow strip of land. The Mississippi River flooded into the Kaskaskia River to the east. There was massive loss of land and buildings crumbled into the river over the following decade. Kaskaskia became an island in the new channel cut by the Mississippi River. This was also a disaster for the dead of Kaskaskia. Their graves destroyed, in 1891 the General Assembly of the State of Illinois authorized the transfer of human remains to this hill – Garrison Hill = behind the Pierre Menard House and today within the Fort Kaskaskia State Historic Site. The dominant French history of the old town of Kaskaskia is readily seen in the surnames on the gravestones erected (see banner image above) in Garrison Hill Cemetery. This monument (below) was erected in 1892 when the bodies were reinterred. It also commemorates those who are buried here.

The inscription in the shield says: Those who sleep here were first buried at Kaskaskia and afterwards removed to this cemetery. They were the early pioneers of the great Mississippi Valley. They planted free institutions in a wilderness and were the founders of a great commonwealth. In memory of their sacrifices Illinois gratefully erects this monument. 1892.

Among the graves are the following: 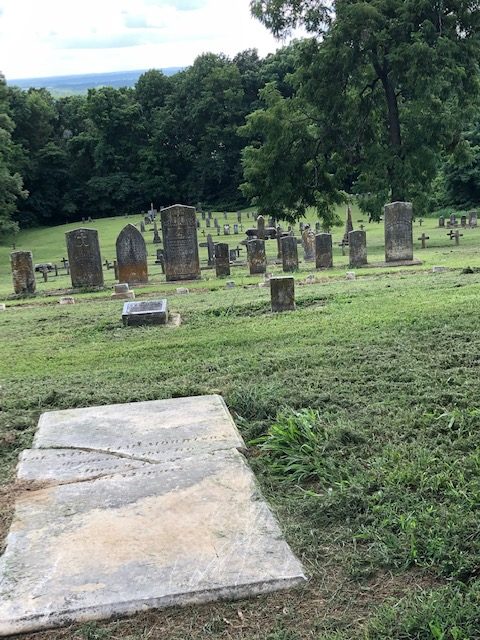 In the foreground is the tombstone of William Morrison (1763-1837), a very successful Kaskaskia merchant (known as the “merchant prince”). The Chester Public Library holds the Morrison Ledger in its First Books Room. That ledger is Morrison’s handwritten accounts of his store in Kaskaskia. The Library has digitized this extraordinary document. Morrison sold goods to Lewis and Clark for their Voyage of Discovery. He may have had some association with the Santa Fe Trail. 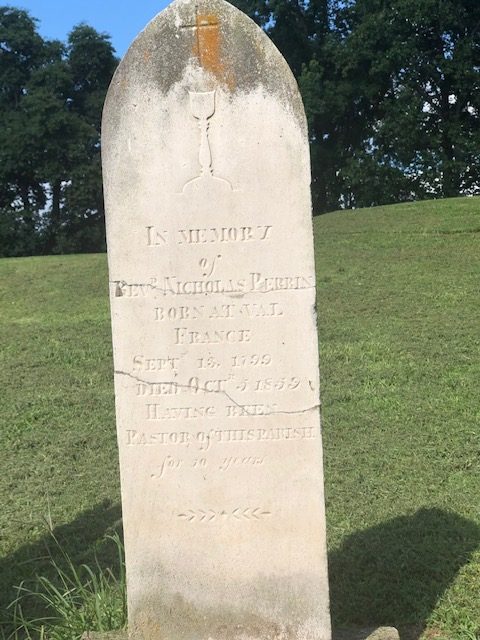 This is the tombstone of Father Perrin, who was the parish priest in Kaskaskia for seventy years. 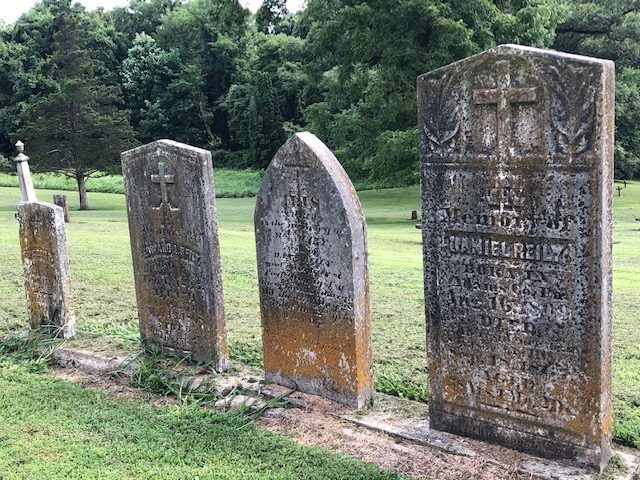 These are the Reilly family graves. The Reillys settled in an area just north of the Pierre Menard home, that today is called Reilly Lake. 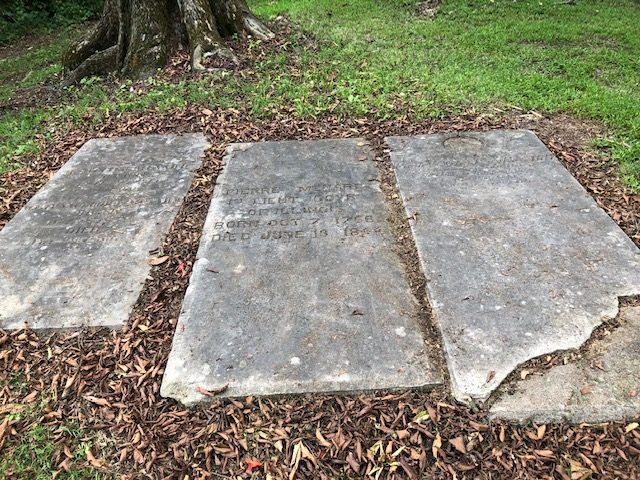 Pierre Menard (center) with son François Pierre Menard (1807-1831) on his right and son Matthew Saucier Menard (1817-1852) on his left. An infant granddaughter, Angelique Menard (1852-1853) is buried nearby (named after Pierre Menard’s wife). These Menard graves are located just south of the cemetery proper.