African American history in Illinois is complex and compelling. The tragedy of slavery played out over centuries (even when Illinois was ostensibly a “free state”. And notwithstanding passage of the 13th, 14th and 15th Amendments of the U.S. Constitution, there still were episodes of violent racism and/or institutional racist actions.

In the late 1700s, when what is now Illinois became part of the Northwest Territory, slavery was prohibited. Although Illinois was admitted to the union as a free state in 1818, it was not a welcoming place for people of African ancestry because current slave owners were allowed to keep people in bondage.

From shortly after statehood until the passage of the 13th Amendment in 1865, Illinois enacted numerous laws, known as the Black Codes, that placed restrictions on the lives of freemen and allowed the continuation of slavery throughout the state. Under these laws, free African Americans could not vote, own or carry firearms, gather in groups of more than three, or sue a white person. They were required to have freedom certificates at all times or were assumed to be escaped slaves. As such, they were subject to arrest, fines, and sale. Too often free Blacks were kidnapped. Later laws required immediate registration from African Americans and the payment of a cash bond when entering a county. By 1829, that bond was $1,000 per person, the equivalent of $24,000 to $28,000 today. These laws also allowed for slave-hunting and the return of escapees to bondage. The legal situation enabled an extreme indenture period allowing slaves to be brought into the state and classified as “indentured servants” without an actual change in their circumstances.

LISTEN TO STEPHANIE YOUNG”S ALL TOWN, USA “SPECIAL EDITION” ABOUT THE RACIAL DISPARITY EVIDENT IN THE JANUARY 6, 2021 INSURRECTION. THIS WILL SOON BE FOLLOWED BY ALLTOWN USA’S EPISODE 8 ON AFRICAN AMERICAN HERITAGE IN ALTON. https://alltownusa.org

ABOUT THE IMAGE IN THE BANNER: This is a photograph of the life-sized mannequin of Frederick Douglass at the Abraham Lincoln Presidential Library and Museum, where he is staged standing on the replica portico of the White House. Douglass met several times with President Lincoln. SEE: Life and Times of Frederick Douglass, Written by Himself, originally published in 1881.

We attribute to Charlotte Johnson and Renee Johnson important information contained in the introduction above.  See also the book: Bondage in Egypt. Slavery in Southern Illinois by Darrel Dexter, 2011. 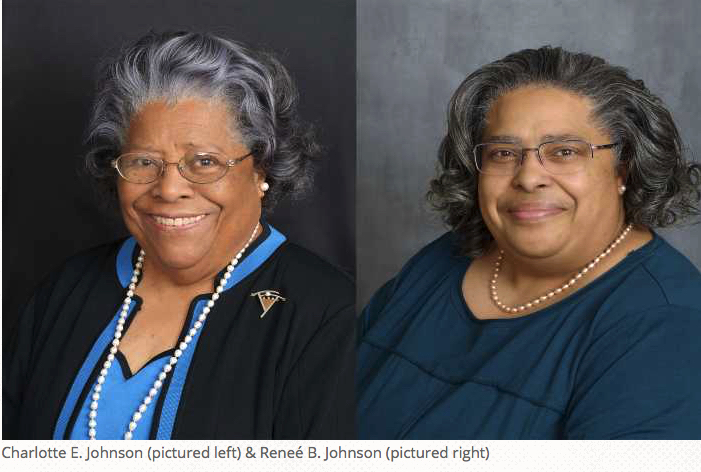