THE LYNCHING OF ROBERT PAUL PRAGER
On April 5, 1918 German immigrant Robert Prager was lynched in Collinsville. This happened at the height of anti-German hysteria during World War I as well as virulent anti-immigrant sentiment in the southern Illinois coalfields (Collinsville was a major coal town). In April 2020 a historical marker was placed at the site of the tragedy. 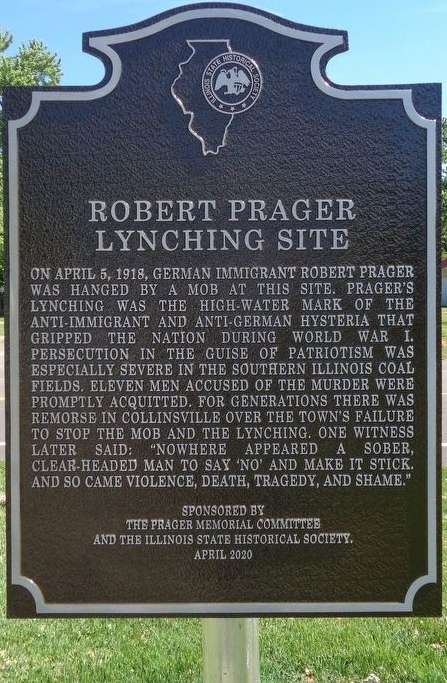