Mark Twain (Samuel L. Clemens) can rightly be called “the son of the Mississippi River”, for such is his profound association with it. 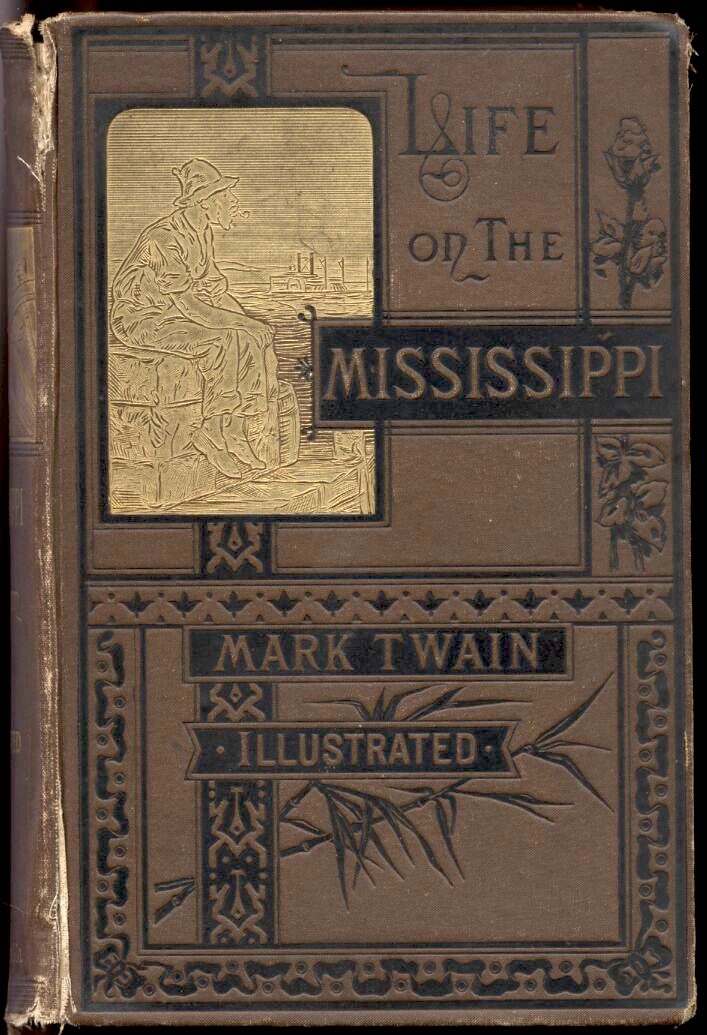 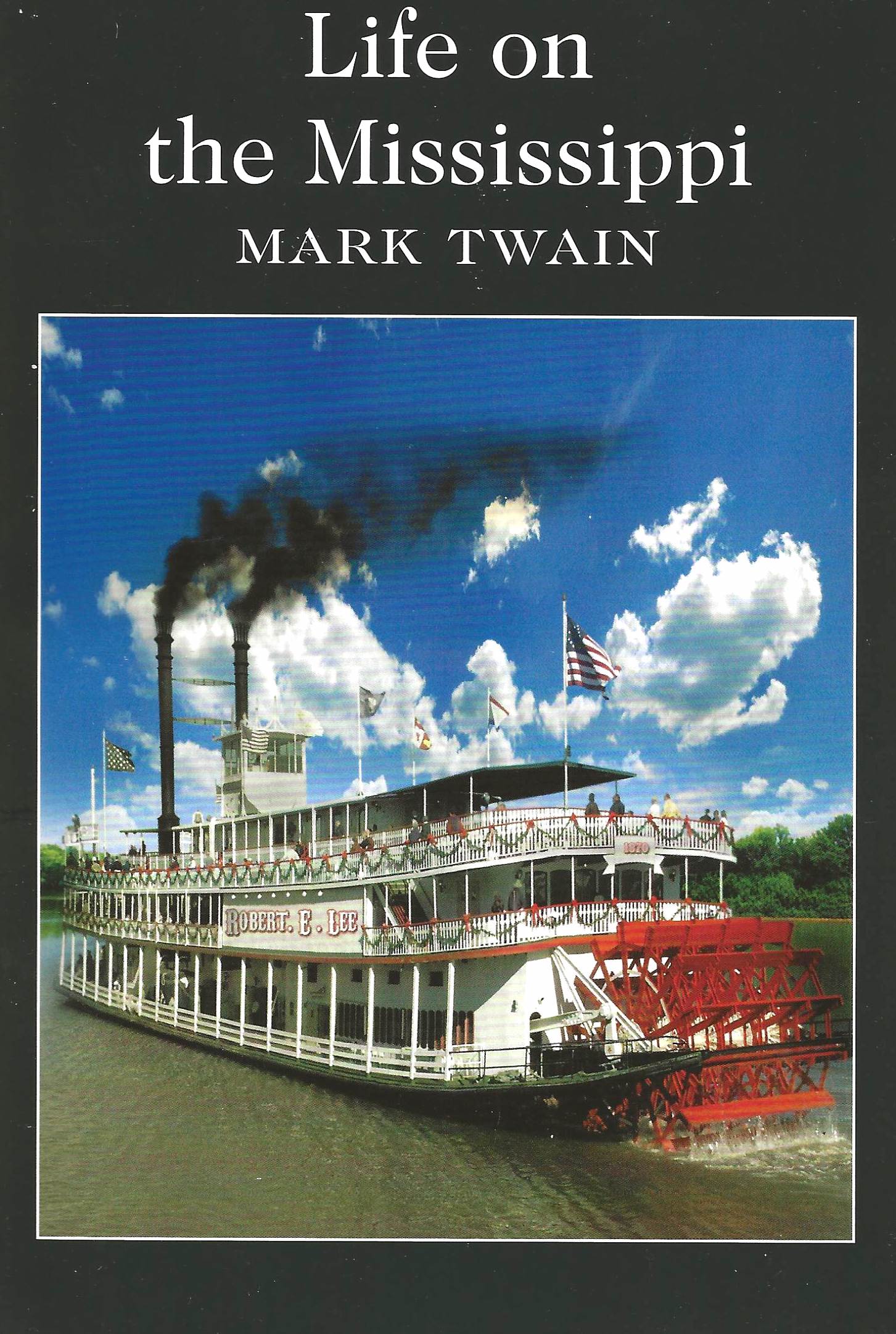 We are thrilled to present the following interview with Dr. Bruce Michelson, Professor Emeritus, English, UIUC, who is one of the world’s leading scholars of Mark Twain. Please click here:  https://mediaspace.illinois.edu/media/t/1_v60jhw4m 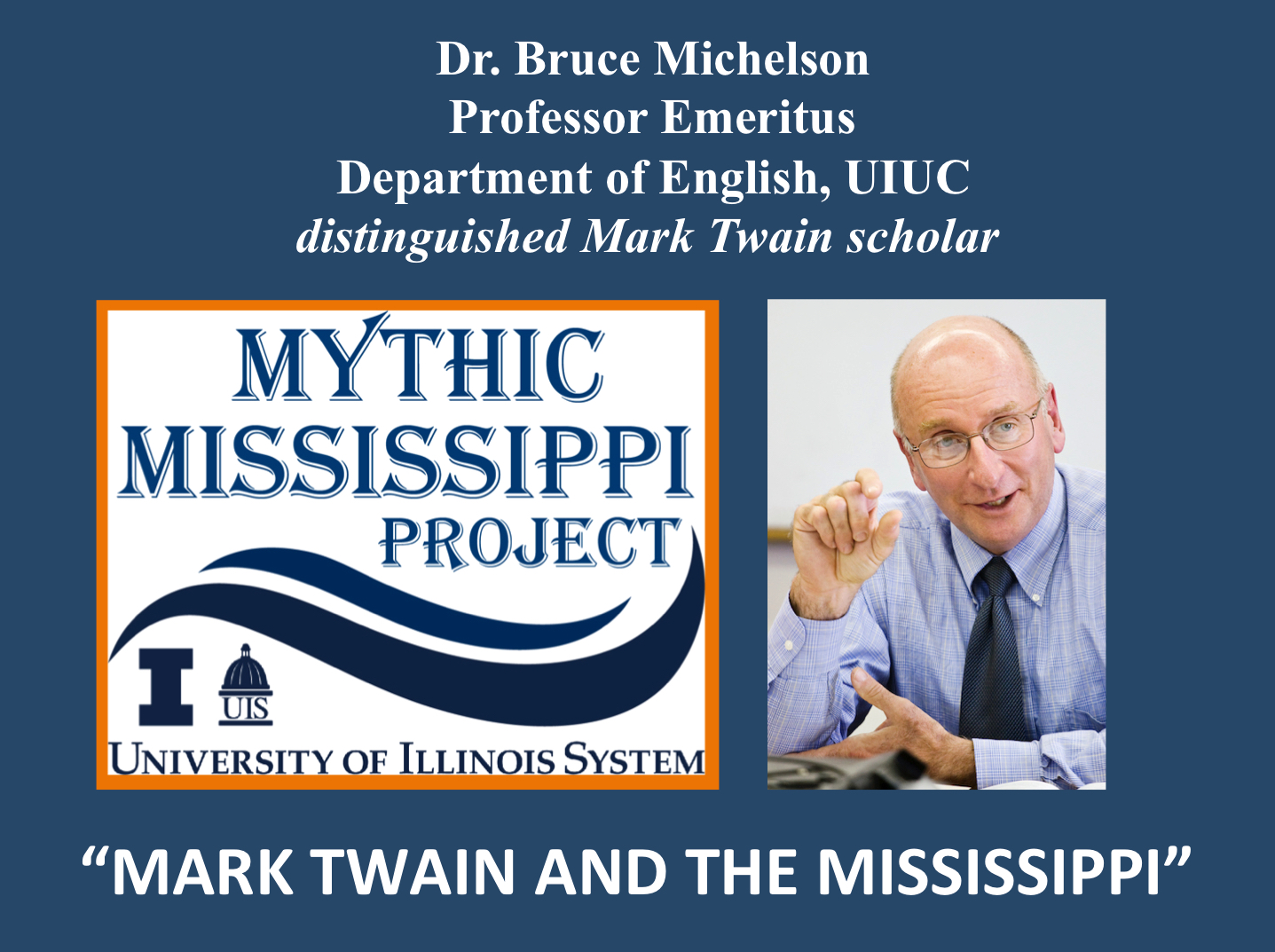 Although Hannibal, MO. claims and markets Twain because the town was his boyhood home, Twain knew the Illinois side of the river quite well. We know that he overnighted in Chester in the “house with blue windows;” we are searching for the specific date. Barbara Schmidt (Mark Twain Journal Legacy Scholar 2017 and Mark Twain projects consultant) has compiled a list of his lecture visits to Illinois: