Warsaw was an important fur trading town in early 1800s, located at the westernmost point of Illinois along the Mississippi River. 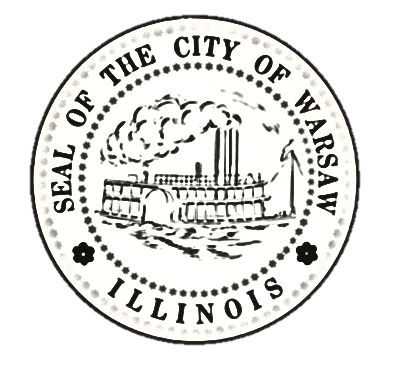 Founded by German immigrants, Warsaw is famous for the brewery that began in 1861 and operated as such for more than one hundred years. Warsaw had a booming economy belying it size for several decades (ca. 1837- ca. 1870) until it underwent a severe change of fortunes.

The downtown of this little town is significantly intact with many historic buildings. This is likely due to its lack of development in the bust years.  Indeed, “both the age and quality of [Warsaw’s] buildings far surpass that of the average Illinois town” and the historic district is relatively unchanged since the late 19th century. This inner core was inscribed on the National Register of Historic Places in 1977.

In addition, in 2019 the Hunziker Winery Site was added to the National Register of Historic Places. As explained in the Hancock County Journal-Pilot newspaper online (February 10, 2020) when functioning, the winery site “aided in the establishment of … commercial wine production in the vicinity of Warsaw and Nauvoo in the 1870s. The site contains remnants of above-ground structural features and well-preserved remains of a large subterranean cellar … [the site] may provide an understanding of the modernization of [wine] production from a predominately hand-powered to a steam- and/or electric powered facility.”

The Warsaw Illinois Historical Society and Museum (401 Main Street) “was organized in 1980 with 144 charter members who sought to collect and preserve materials relating to the history of Warsaw and the surrounding area. … The Society has a resource center, providing family histories and an extensive collection of photographs.”