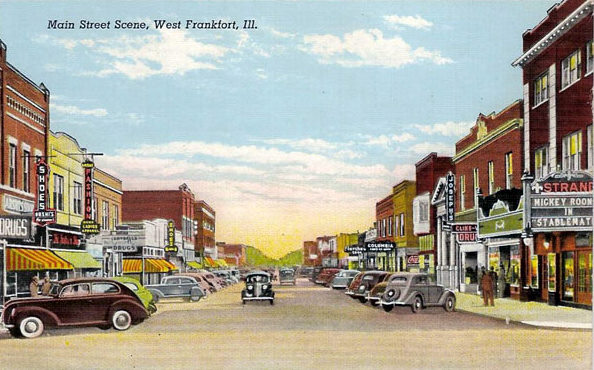 West Frankfort was a coal mining town and like so many coal mining towns in the U.S. and elsewhere, its proud history is marred by a mine disaster. On December 21, 1951 the Orient 2 Mine exploded, killing 119 coal miners. Almost every person in Franklin County (where West Frankfort is located) was affected, either directly or indirectly. 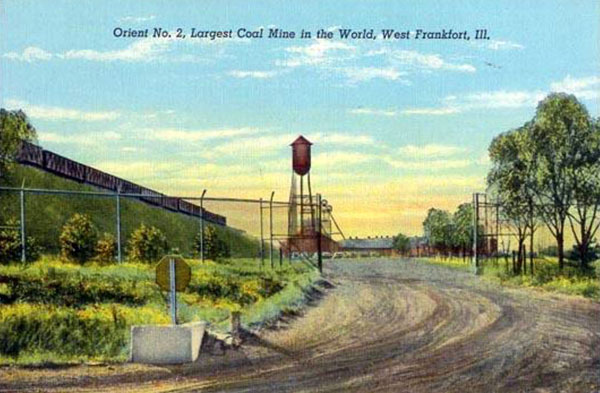 The story of that deadly day is told in The Origin of the Brunists (1966), a moving and realistic novel by Robert Coover, who grew up in the nearby mining town of Herrin. 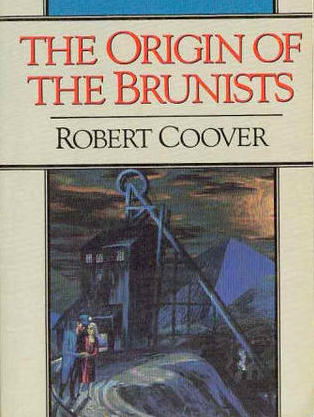 Through a funding campaign underway at the Old King Coal Festival in May 2019, by July 4, 2020 West Frankfort had raised enough money to inaugurate this $40,000 memorial to the victims of the Orient No. 2 disaster of 1951, inscribed with the names of each victim. 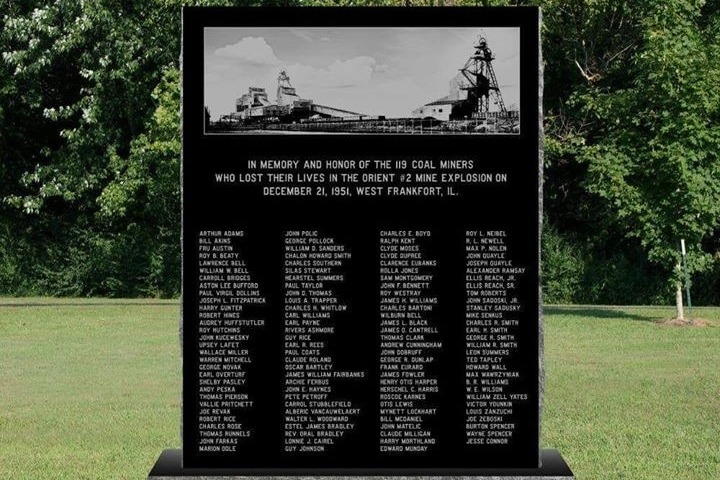 That memorial is located in the Coal Miners Memorial Park in downtown West Frankfort. 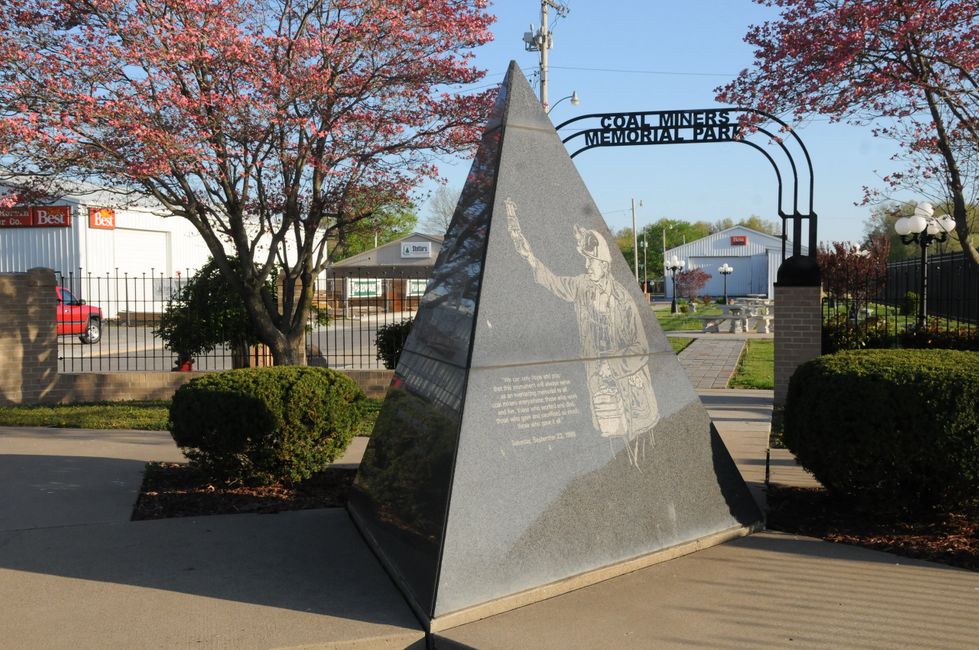 Mining disasters have been sadly common in the coal industry here and elsewhere. Professor Silverman, co-director of the Mythic Mississippi Project, was struck by the closeness of West Frankfort’s disaster date (December 21, 1951) with England’s Easington Colliery disaster of May 29, 1951. Easington erected a memorial to the 81 miners and 2 rescue workers who lost their lives that day (see below). No matter how much mine safety had improved in the twentieth century, coal mining remained a very dangerous occupation. 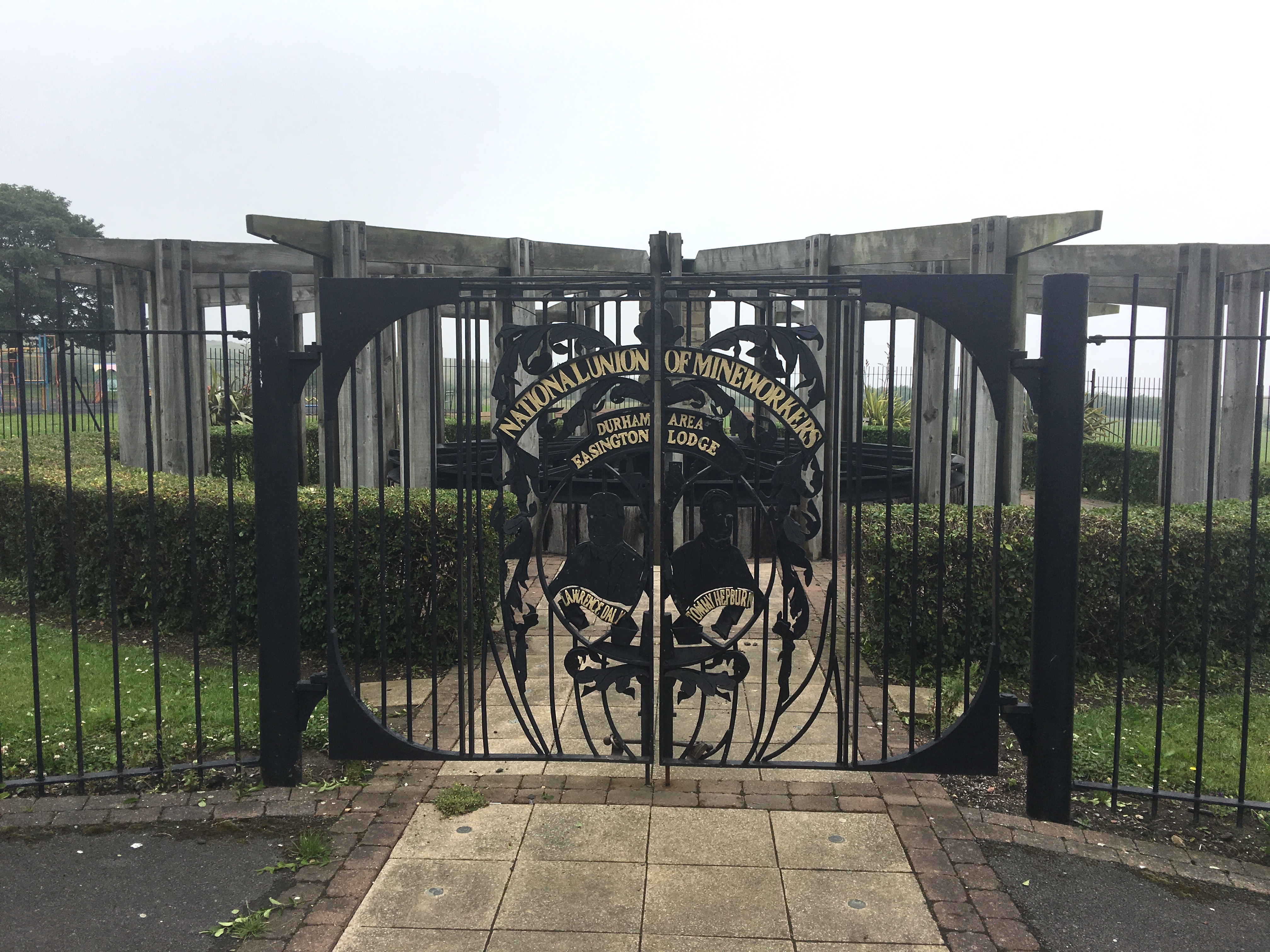 West Frankfort’s official website for the 2019 “Old King Coal Festival” says that it “offers 3 days of all of the excitement and family fun of a small town festival while it also celebrates the rich history of the coal mining industry in Southern Illinois.” 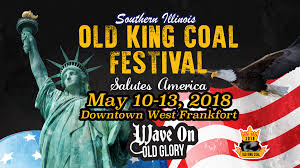 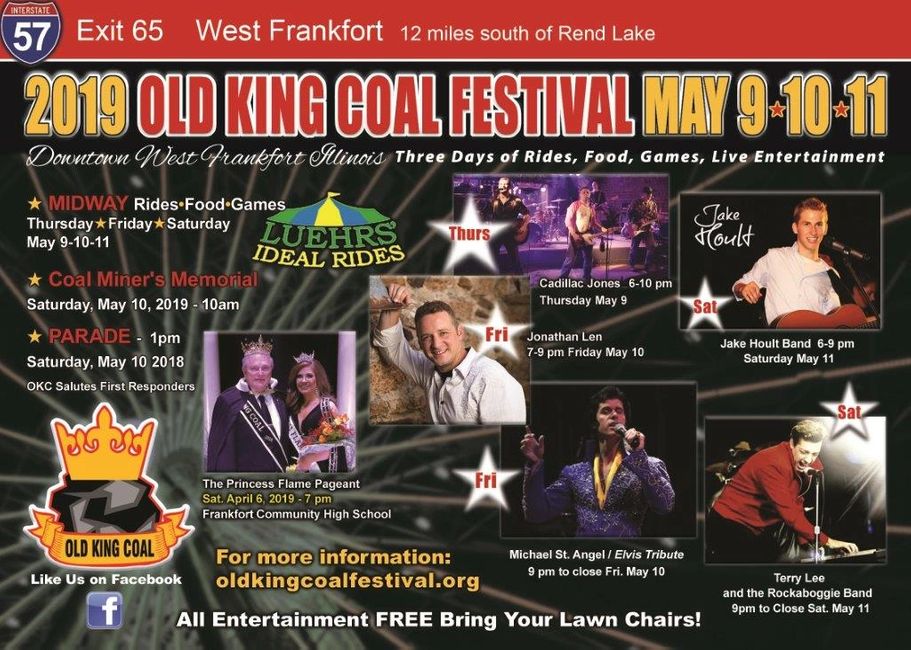 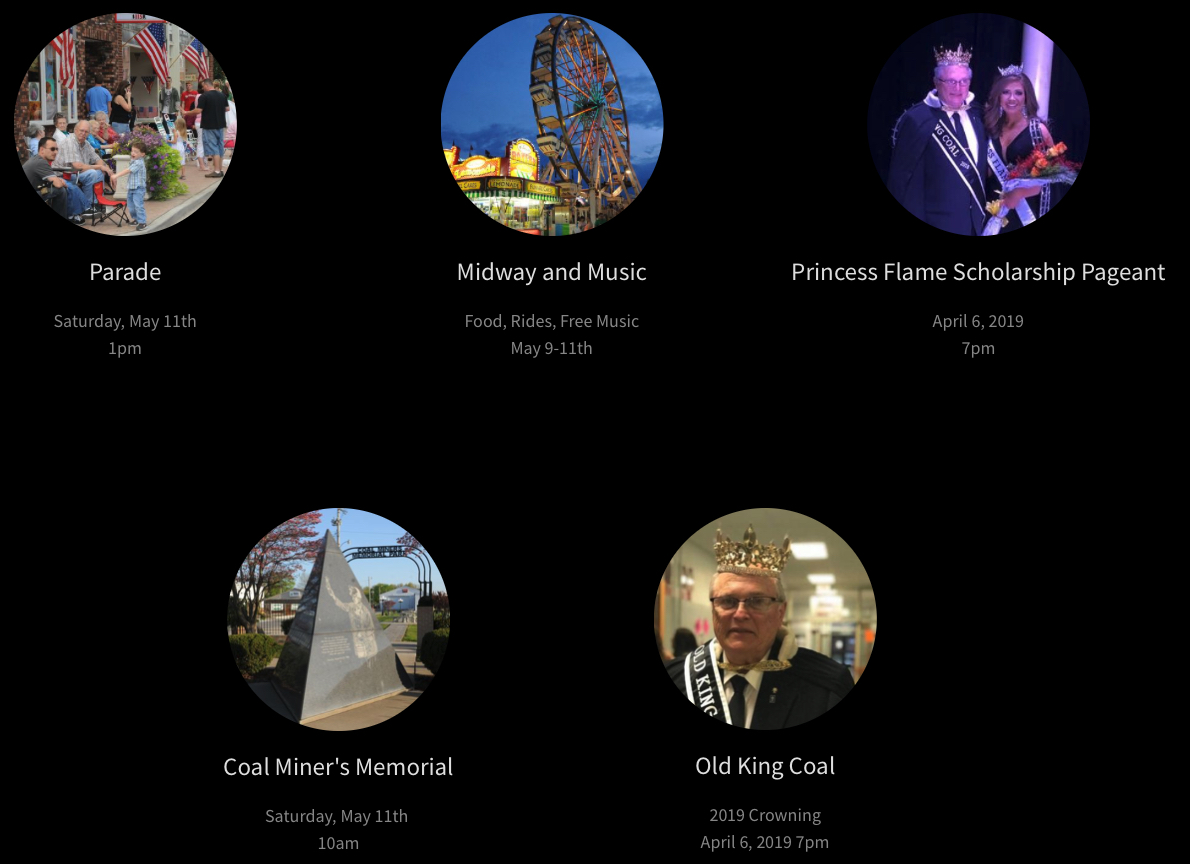 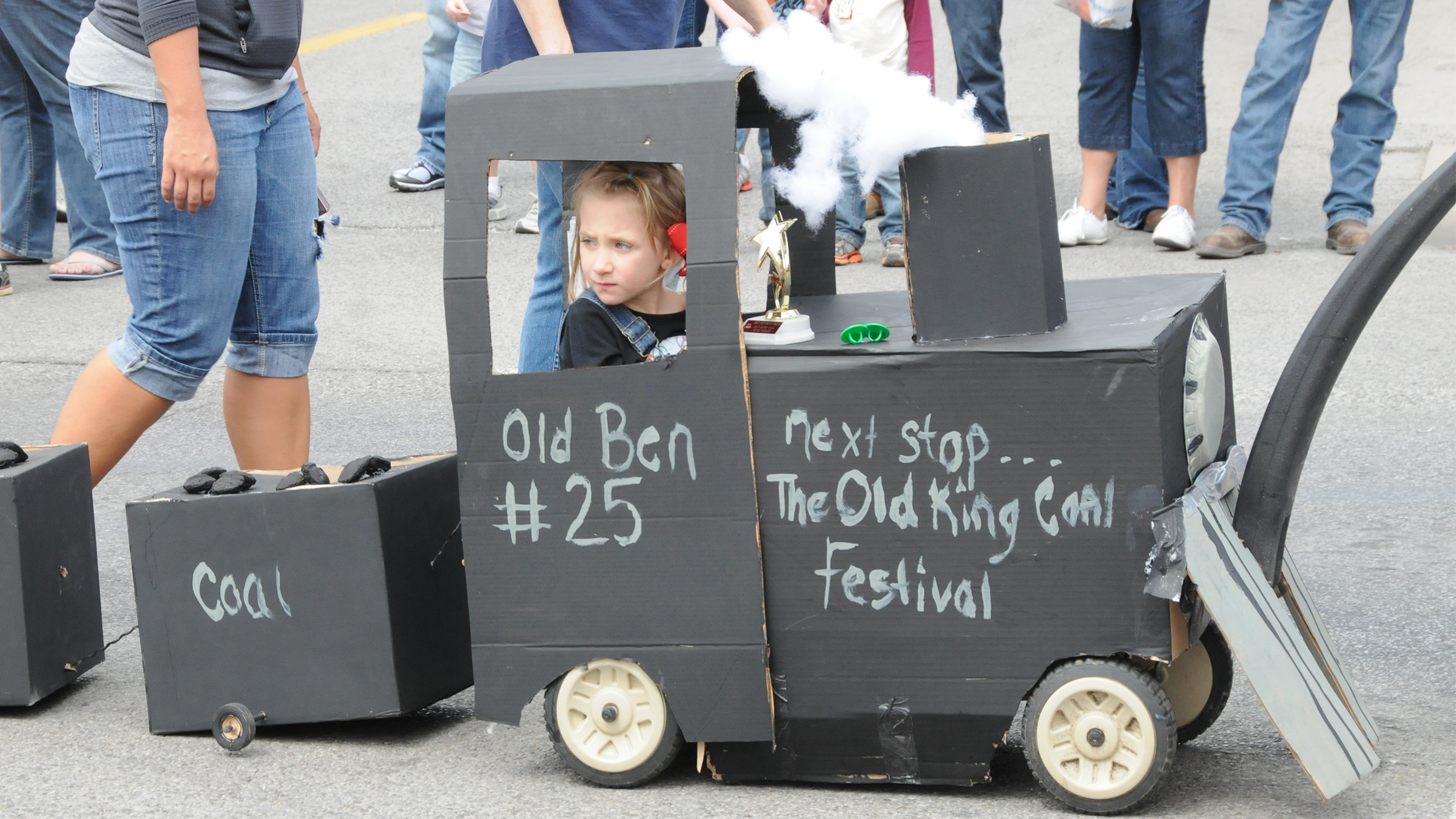 It is interesting to compare the West Frankfort festival (above) to the annual Gala or “Big Meeting” in Durham City (below), which brings together participants from the county’s pit villages (former coal towns) to commemorate the lost industry, honor the miners, respect the union (Durham Miners’ Association) and politically mobilize the participants in a self-defined socialist agenda of relevant causes (economic equity for the region from the national government, health benefits for the former miners, pensions, social justice, etc.). The Gala began in 1871 and has run almost continuously since then. It currently draws an attendance of about 250,000 from across County Durham. It is the largest trade union celebration in Europe. Magnificent silk banners and brass bands lead the participants from each pit village. A memorial service for the coal miners is always held in Durham Cathedral. Some towns are offering school programs to teach children about the history of coal mining in County Durham. 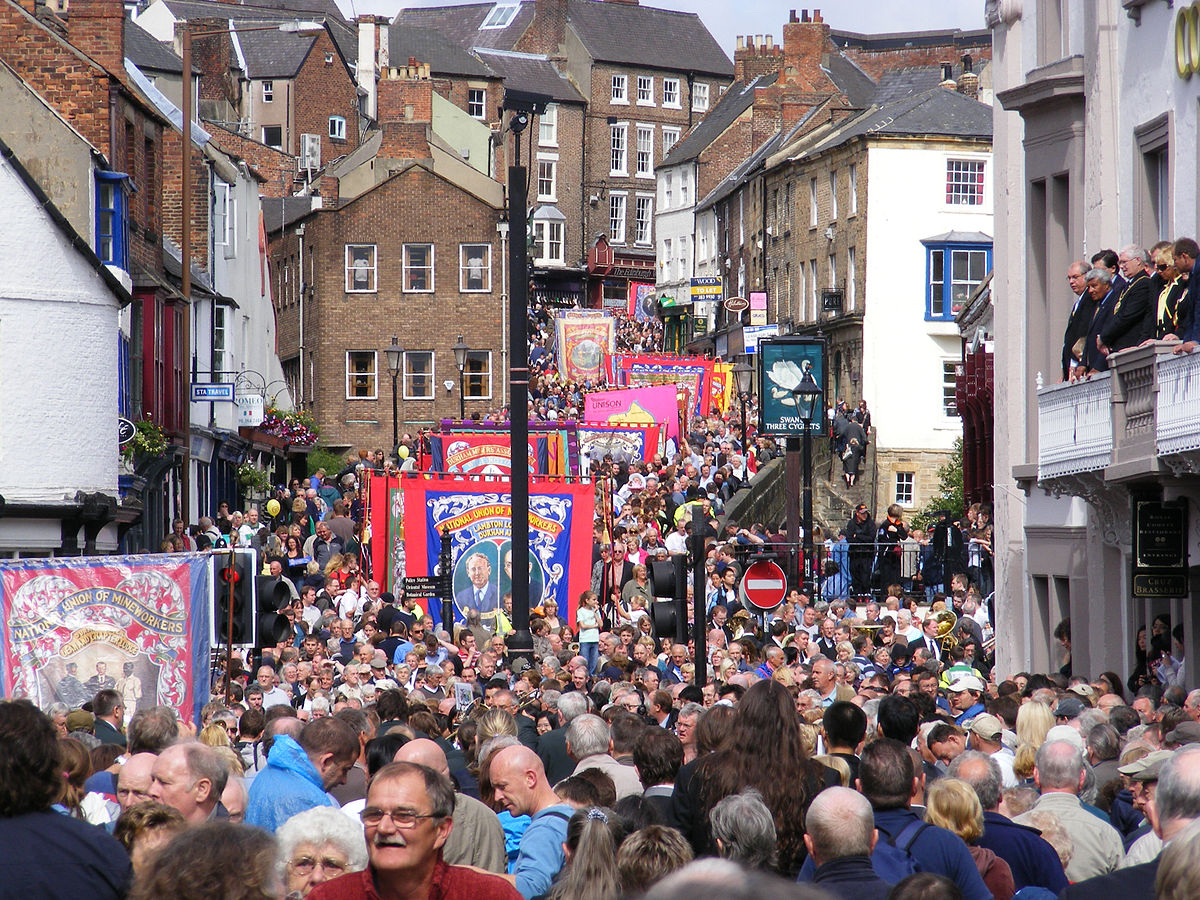