Fort Kaskaskia was built to protect the French settlement at Kaskaskia at the southern end of the Illinois Country. It is best described as an earthen redoubt and was constructed ca. 1759. It appears to have been unfinished. France ceded the Illinois Country to Britain as a result of the French and Indian War (1754-1763). A British officer who passed by the old Fort Kaskaskia described it this way: “dilapidated buildings and collapsed wooded gun platforms … the Ditch, Parapet, and Ramparts entirely overgrown…” It is a fascinating site to visit as the photos below reveal. 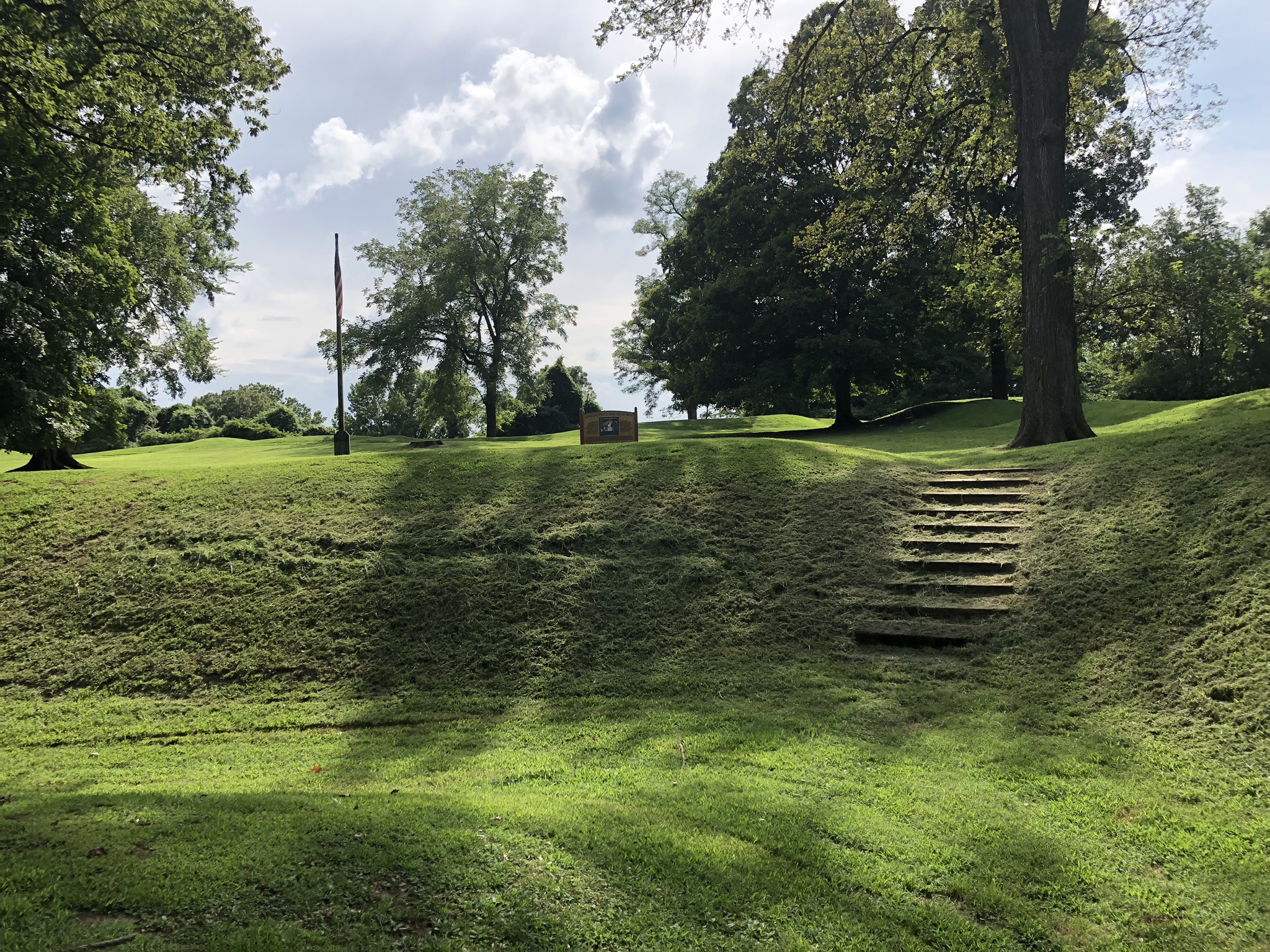 The grass-covered mounds and the ditches (from which that building material was taken) still remain. An artist’s reconstruction (based on what the British officer wrote) gives a fair impression of what this fort would have looked like. 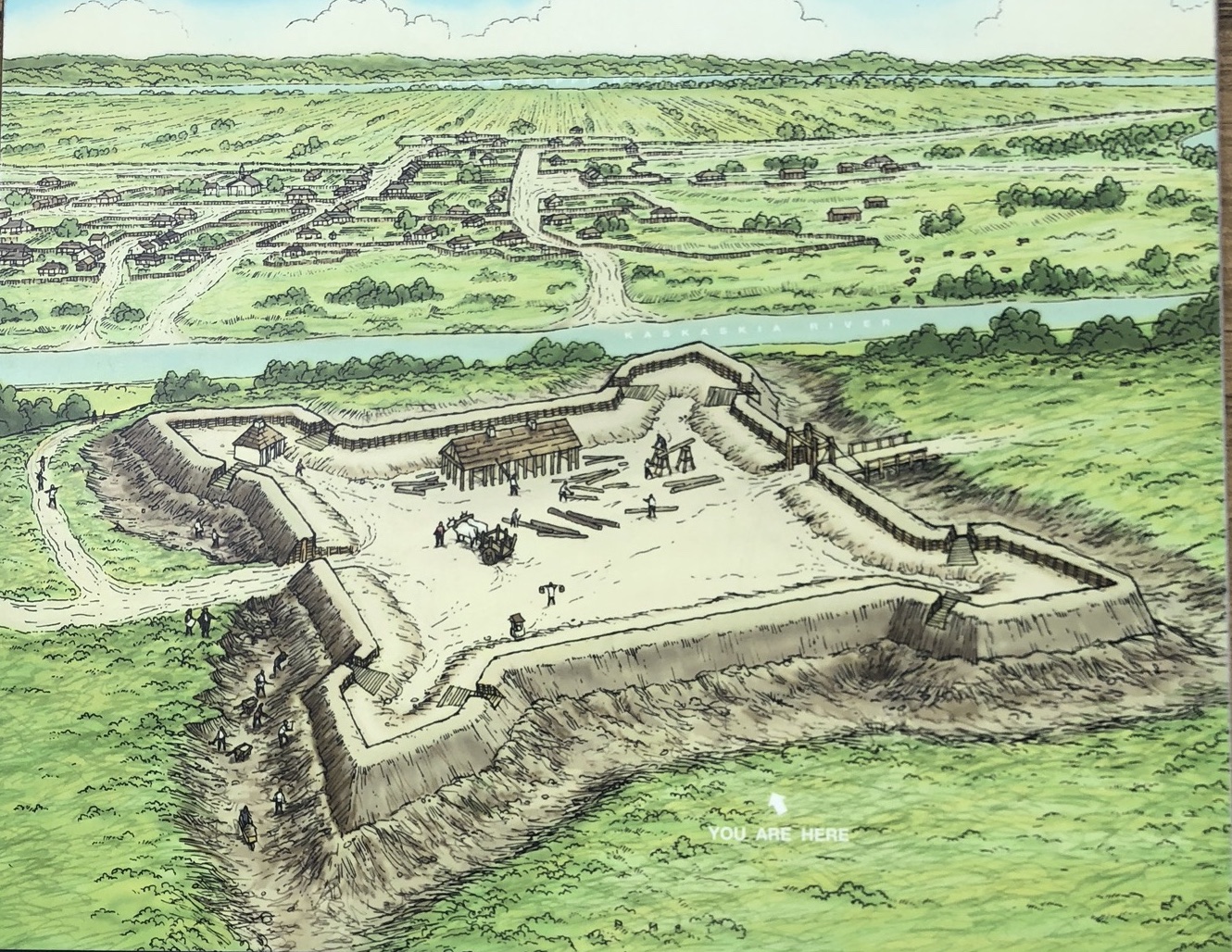 A tremendously important discovery was recently made at Fort Kaskaskia by a team from Southern Illinois University at Carbondale led by Dr. Mark J. Wagner, Director of the distinguished Center for Archaeological Investigations at SIUC. Better said, the discovery is not at Fort Kaskaskia but rather just one hundred yards north of it because that is where Dr. Wagner discovered the remains of an American (!) Fort Kaskaskia, separate from the French fort. It was historically known that Lewis and Clark had an outpost at Fort Kaskaskia, but everyone thought the men were at the well known French fort. They were not.  Dr. Wagner and his students have been excavating at the American Fort Kaskaskia since 2017. WATCH THIS FASCINATING INTERVIEW WITH DR. WAGNER:
https://mediaspace.illinois.edu/media/t/1_y4apfr4z 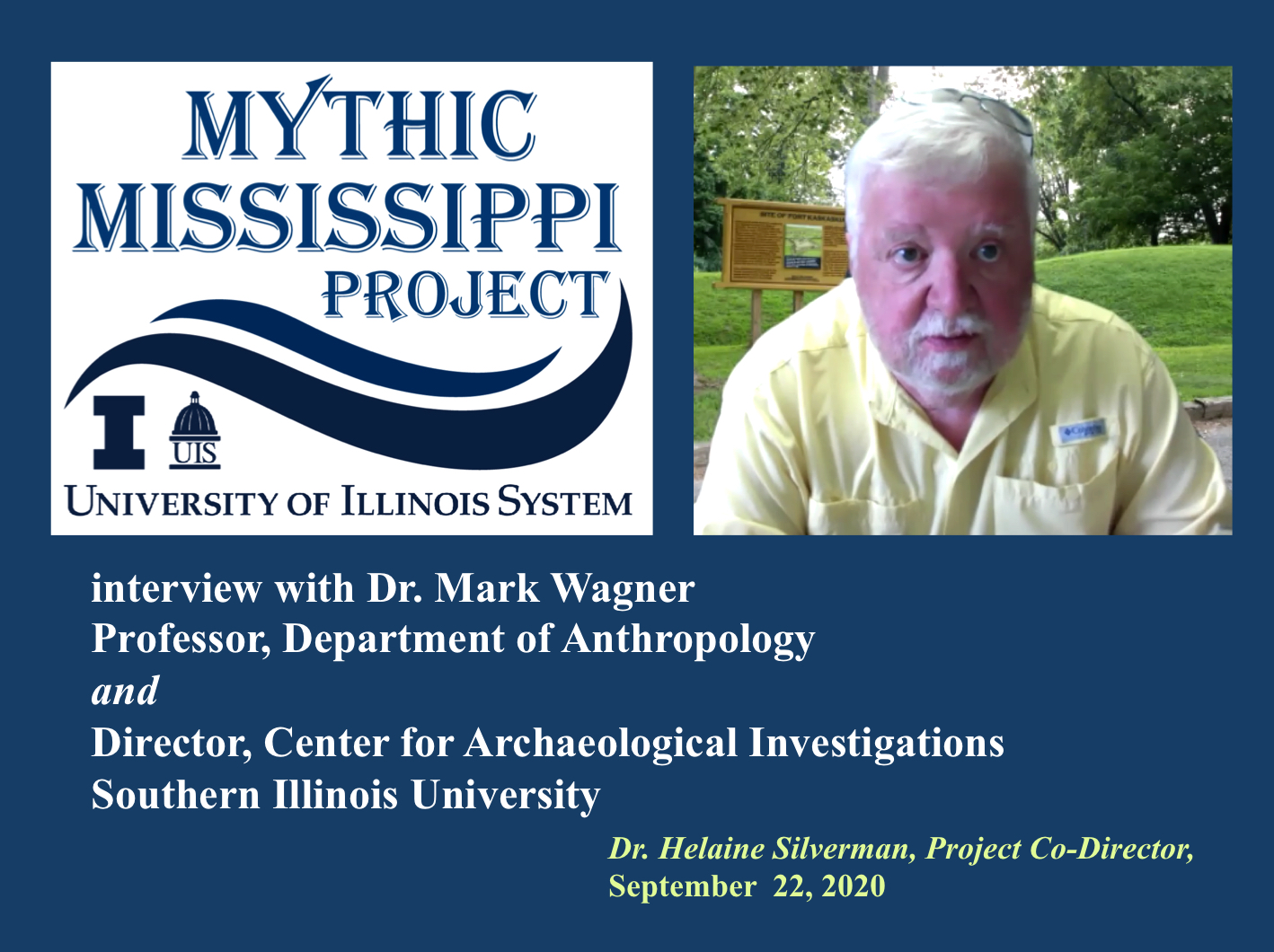 Please also read Dr. Wagner’s article about his Ft Kaskaskia work, published in February 2021 in We Proceeded On, which is the journal/newsletter of the Lewis and Clark Trail Heritage Foundation (LCTHF).