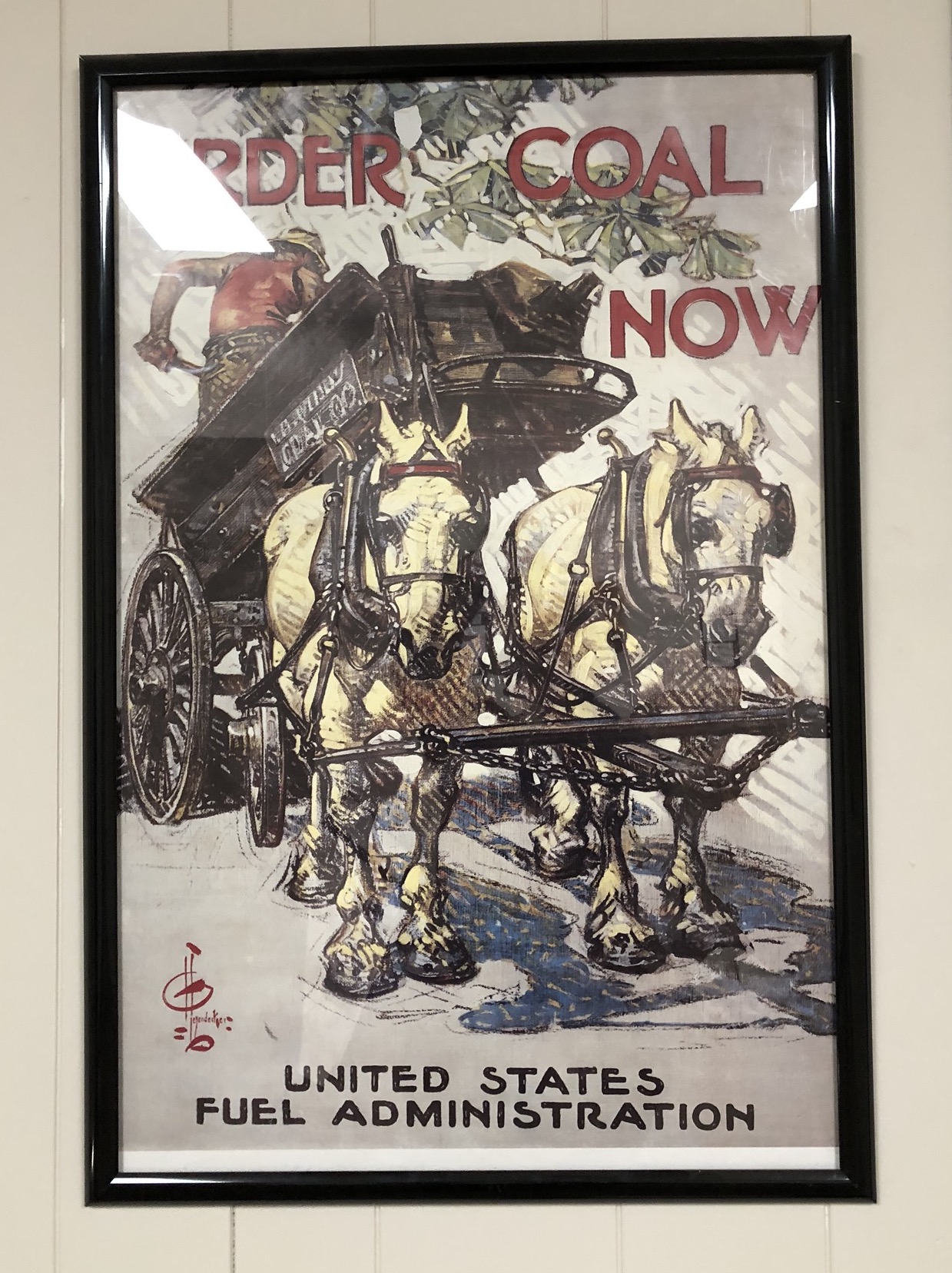 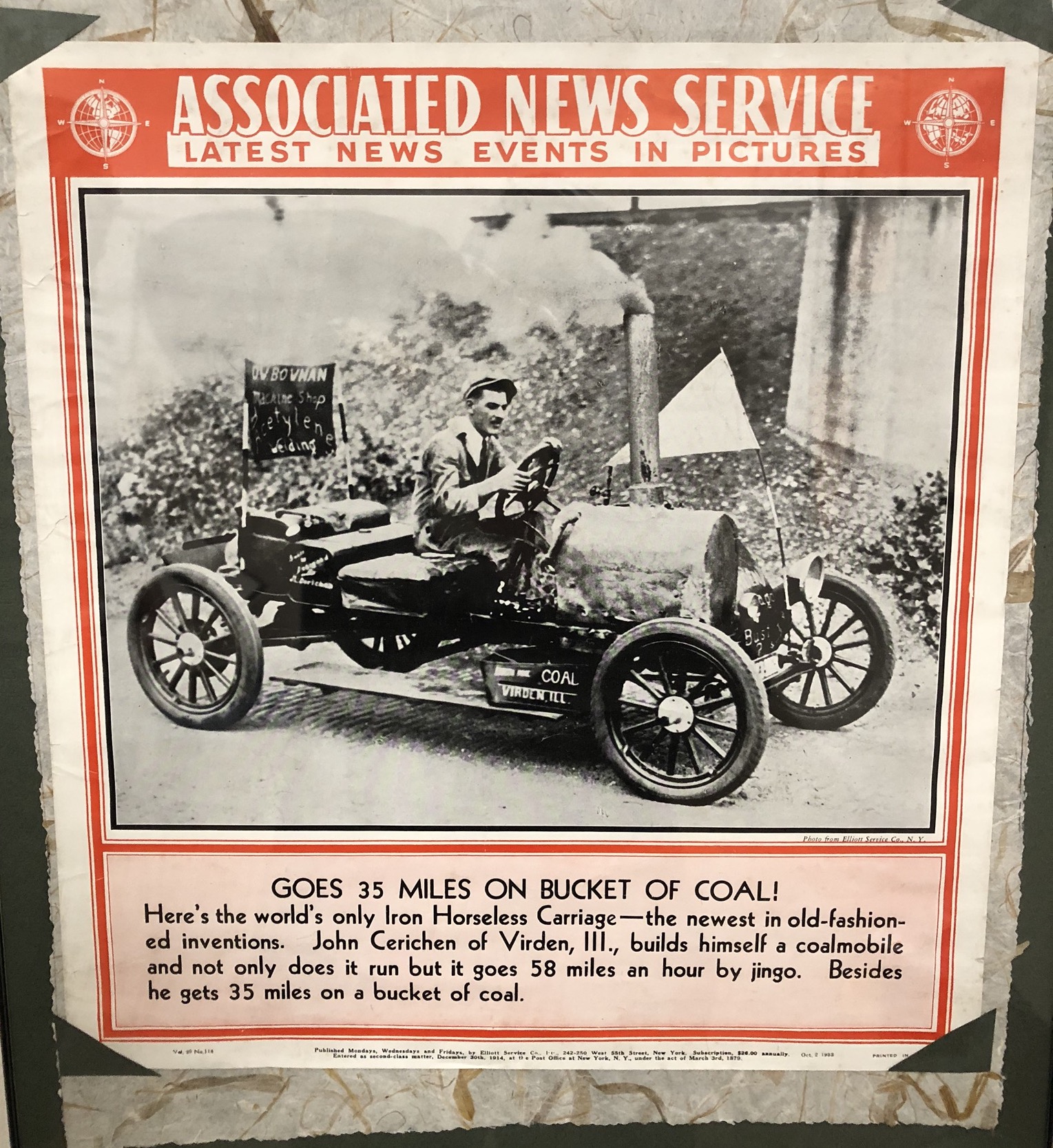 Illinois (notably southern Illinois) sits on a vast bed of coal. This coal was first discovered by the French explorer, La Salle (René-Robert Cavelier, Sieur de La Salle) in 1679 in the Shiloh area as he made his trip of discovery down the Mississippi River. LaSalle was the first recorded European to use coal for fuel.

In 1916 Carl Sandburg, American poet and Illinois native son wrote these words:   Do you know that all the great work of the world is done through me?   I am the workingman…  — We think Sandburg’s words are a fitting introduction to this part of the project that studies coal mining communities in downstate Illinois, many of which have seen great labor struggles and various of which have memorials to the men who lost their lives by working in the mines or to labor violence. The plight of exploited miners and the labor battles that resulted are well presented in PBS’ “American Experience” Season 28, Episode 2: https://www.pbs.org/video/american-experience-coal-towns-mine-wars/ 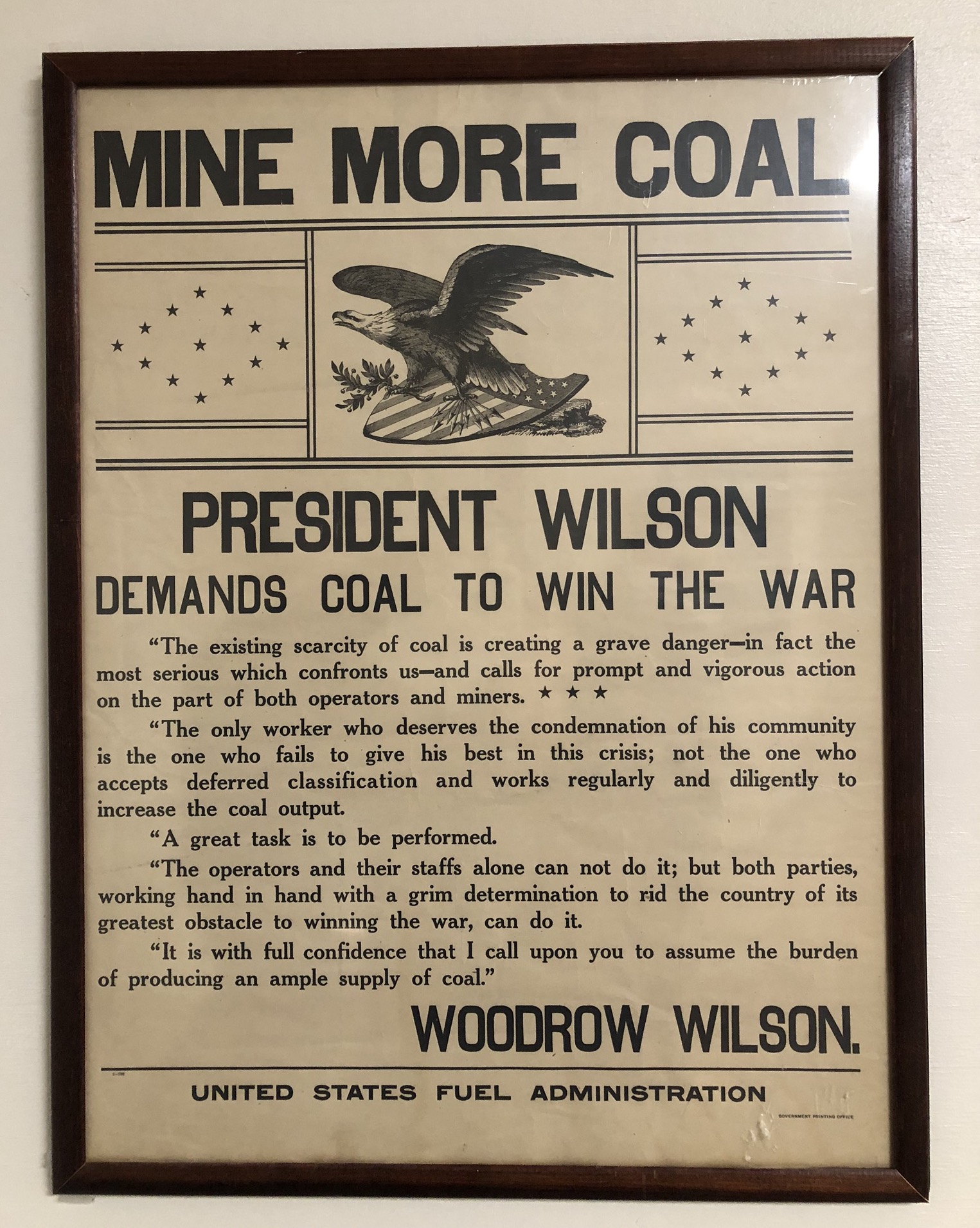 And we call your attention to this popular American song, Sixteen Tons, composed by Merle Travis, a miner, in 1946 and most famously rendered by Tennessee Ernie Ford in 1956. Listen to its description of the exploitation of the miners by the mine owners:
https://www.youtube.com/watch?v=jIfu2A0ezq0
“You load sixteen tons, what do you get?
Another day older and deeper in debt
… I owe my soul to the company store
…  I picked up my shovel and I walked to the mine
I loaded sixteen tons of number nine coal”

And listen to Jimmy Dean’s similarly popular 1961 song, Big Bad John, which imagines a mining disaster:
https://www.youtube.com/watch?v=KnnHprUGKF0
… “Then came the day at the bottom of the mine when a timber cracked and men started cryin.’ Miners were prayin’ and hearts beat fast and everybody thought that they had breathed their last … Then a miner yelled out ‘there’s a light up above’ and twenty men scrambled from a would-be grave. … Then came that rumble way down in the ground. Then smoke and gas belched out of that mine. Everybody knew it was the end of the line for Big John…” 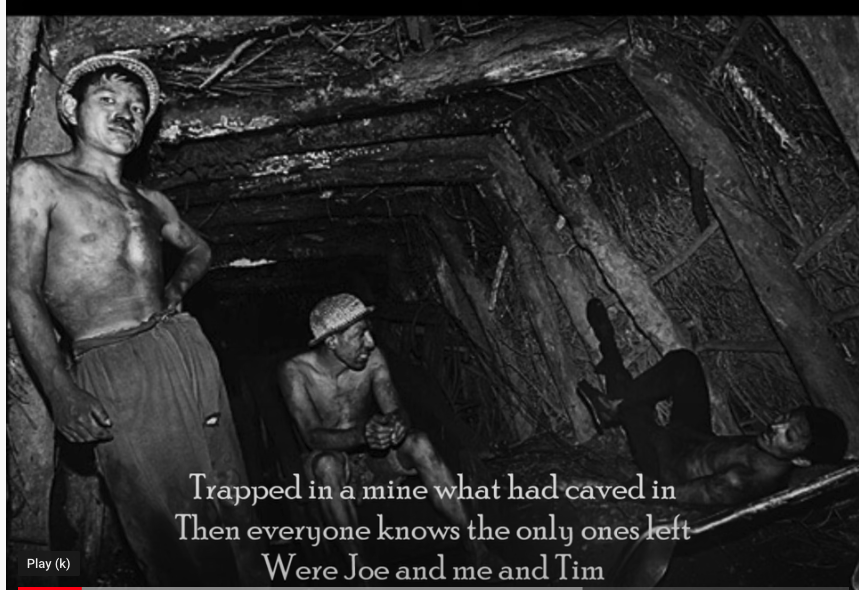 The image above is from the 1970 song, “Timothy“, by The Buoys, also about a mine collapse.

And yet miners did not abandon this profession, notwithstanding its physical danger, damage to their health, and abusive terms of employment. Roger Kratchovil of Mt. Olive, in an essay called “The Pride of Being a Coal Miner”, writes: “The coal miners loved working in the mines … [it] was part family tradition and part having a job. Danger lurked everywhere, lung diseases … could be your destiny … and there was always the dreaded threat of injuries … I have always found miners to be tough, brave, strong, and most importantly they always seem to stick together… they view dangers as just a part of the job and it serves as a bonding feature.” This pride is obvious in the pins sold at the Gillespie Coal Museum, which say: “If you ain’t a coal miner, you ain’t shit” 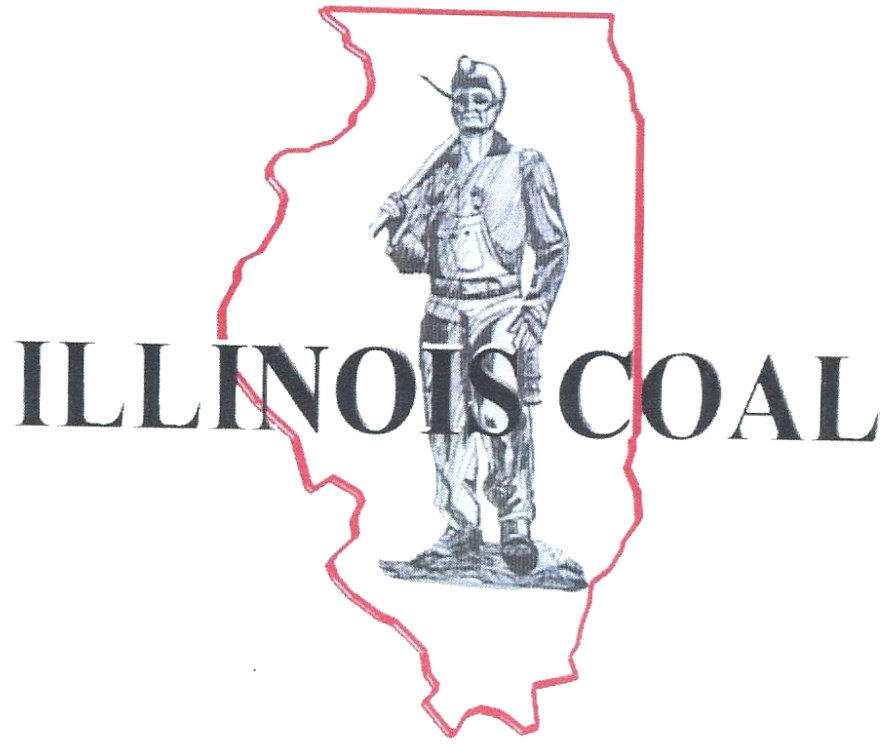 image from the 2017 DNR report

In 2009 Congress proclaimed December 6 as “National Miners Day” to honor miners past and present who “through their dedication and sacrifices have laid the groundwork for present improvements in mine safety and have ultimately improved the way of life for all here in the United States. The day remember[s] the lives lost, the time given and the dedication provided by both past and present individuals in the mining industry.” (illinoismininginstitute.org)

We note, too, the extraordinary coal folklore research and performances of Mr. Con Carbon, who has created a “Fridays Labor Folklore” newsletter with stories and songs – the signup form is on the website below. Mr. Carbon describes himself as “the Minstrel of the Mine Patch – a breaker boy from Anthracite Pennsylvania who believes in working-class solidarity, heritage and tradition.” Our project salutes him.
http://archive.constantcontact.com/fs199/1110406756984/archive/1120332719140.html

“Clean Coal” is possible: the Abbott Power Plant at the University of Illinois! 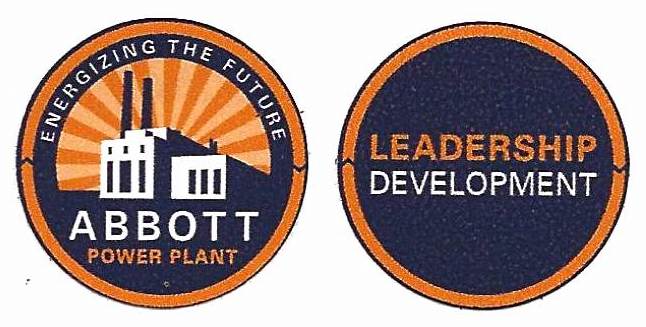 Another major contribution of the University of Illinois to coal studies: 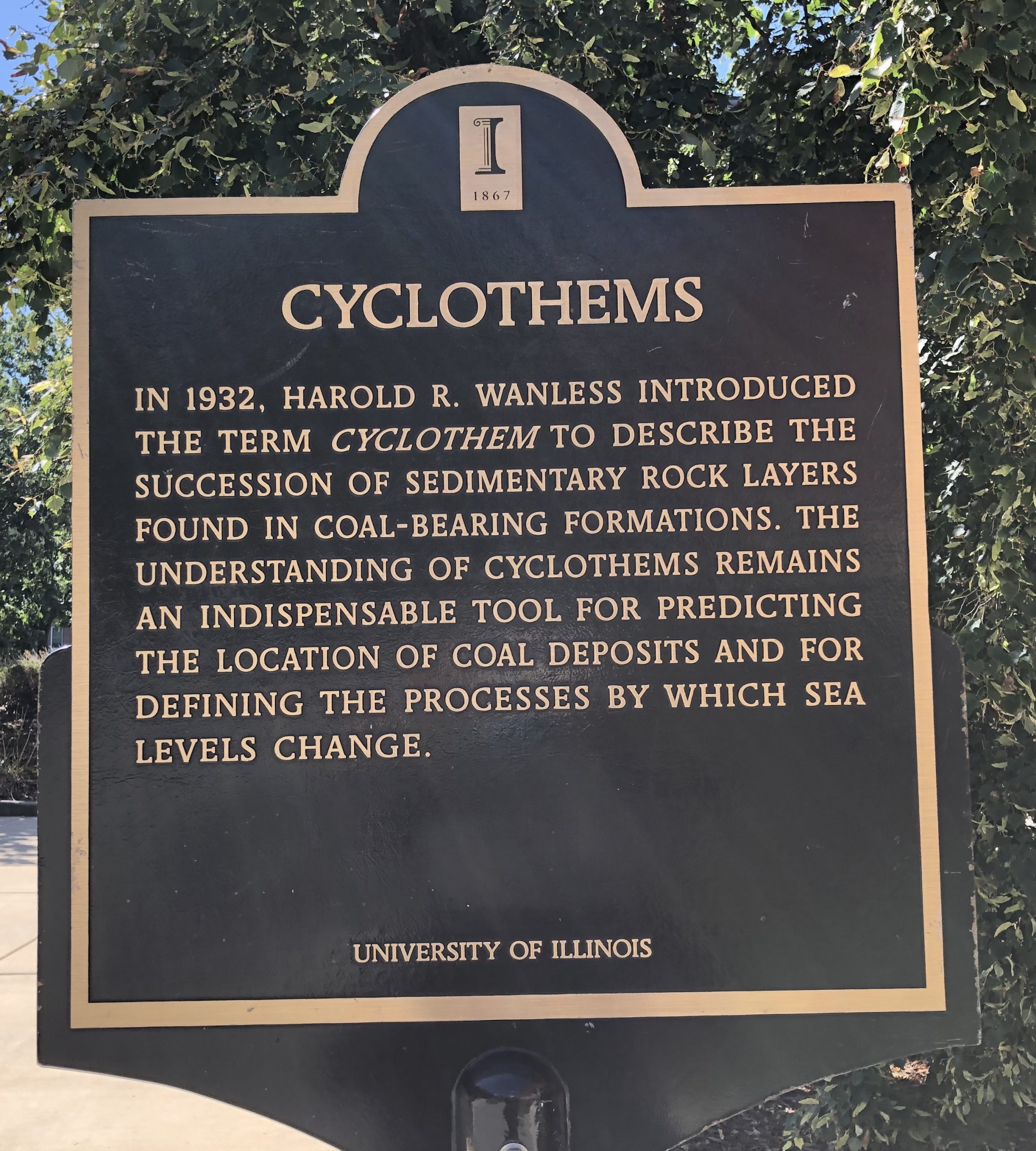 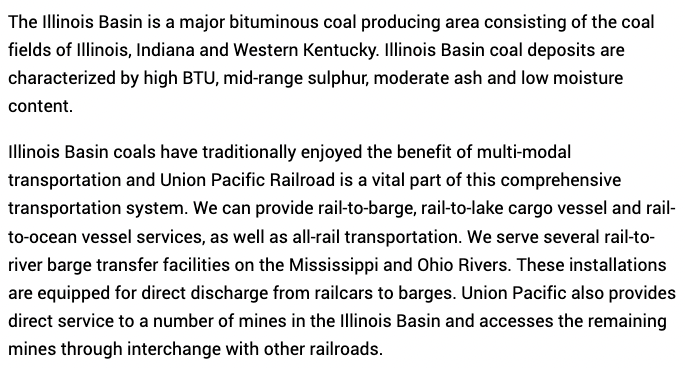 Under discussion now is the end of the coal industry. We call attention to these three articles:
https://extension.illinois.edu/blogs/building-entrepreneurial-communities/2019-09-04-beyond-coal-illinois-just-getting-started
https://ieefa.org/ieefa-u-s-mega-miner-peabody-concedes-american-coal-has-little-value-and-dim-future/
https://psmag.com/environment/does-coal-have-a-future-in-the-united-states

An excellent documentary by John Woodall (Principia College) presents the crisis of coal in Alton, on the Wood River, along the Mississippi River. This polluting industry must close and the major coal plant here did close. But it left a visually and environmentally blighted landscape in its wake with devastating consequences for the East Alton residents whose town lost its tax base, whose resident lost good paying jobs, and whose air and soil have been contaminated.

And on April 19, 2021 the United Mine Workers of America published an extraordinary statement in which it acknowledges the end of the coal era and the need to help coal communities transition to the new energy economy. Read the statement and the response by economist Paul Krugman by clicking on the hyperlinks. 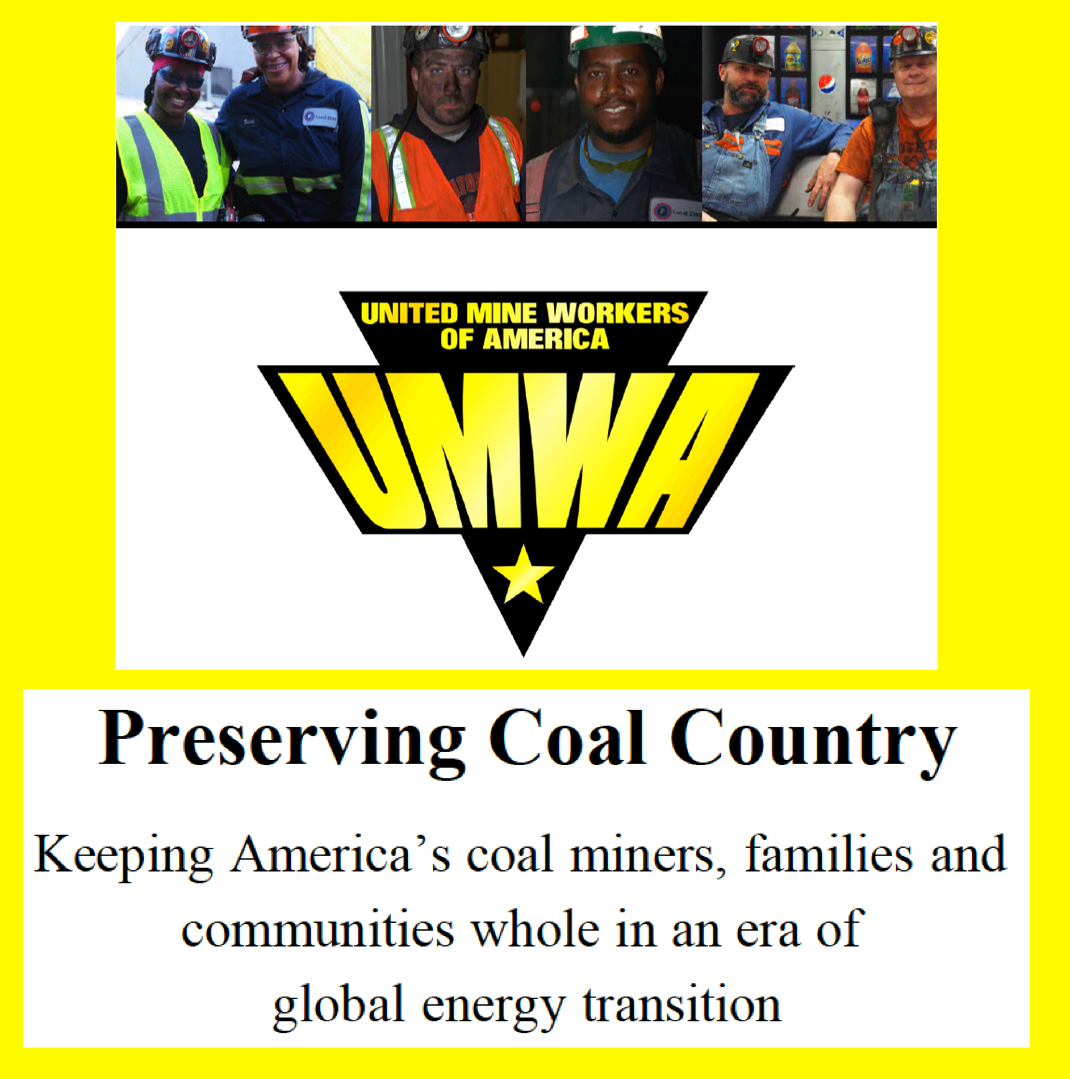 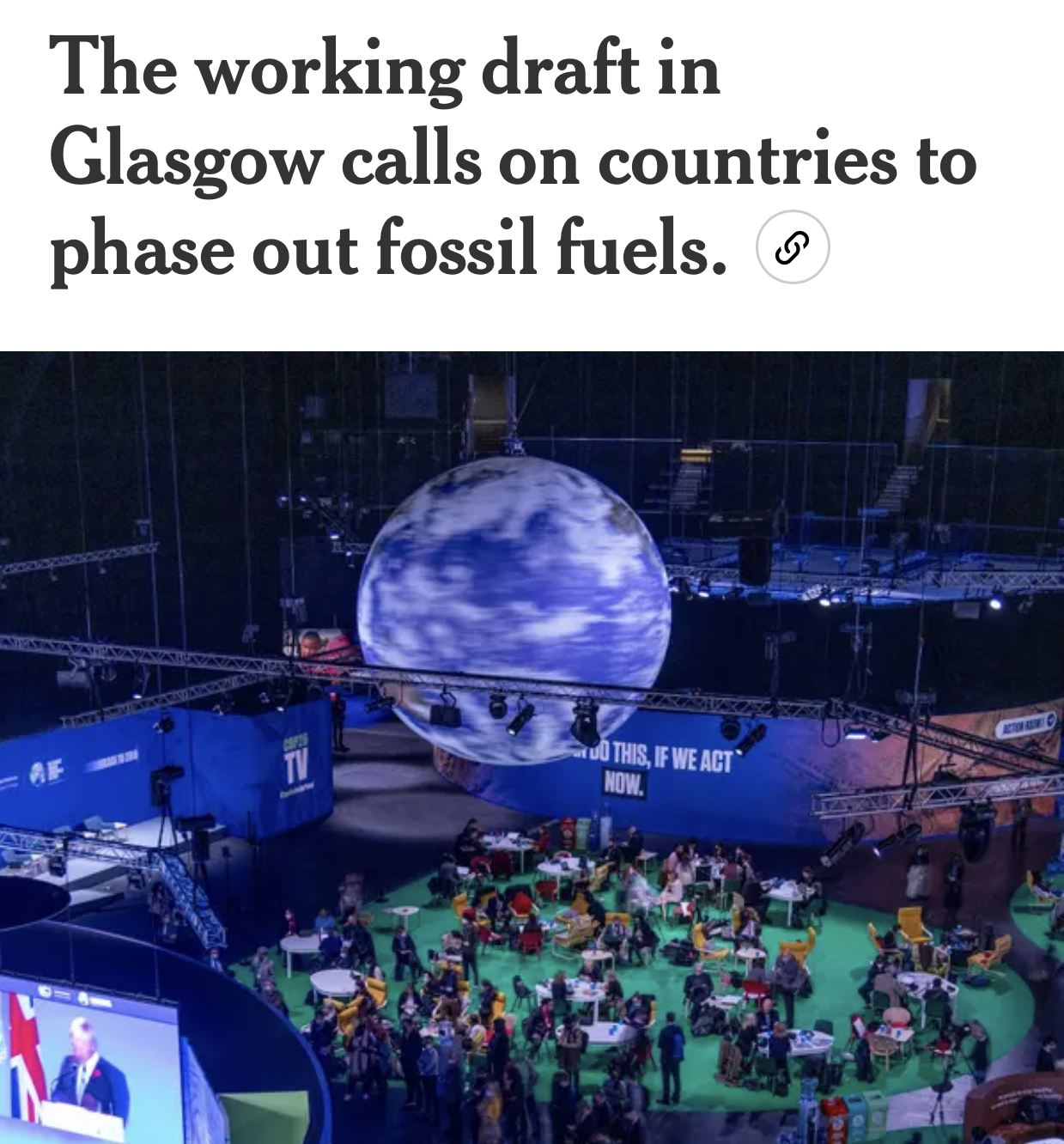 On the other hand, Prairie State Energy produced a compelling animation (2017) arguing that its community-owned coal plant is producing clean, sustainable energy in addition to jobs and contribution to the economy. They are based in Marissa, one of the coal towns of interest to our project. This is really interesting because Marissa also has adopted solar energy in some of the farm fields. Their video is worth watching: https://www.youtube.com/watch?v=i04Uk2LHJz4

Please pull down the coal towns tab in the main menu to visit the different coal mining communities in southern Illinois chosen by the project.

(We are pleased to acknowledge the Coal Country Times newspaper for the use of part of their masthead as the image for this page of the project website. Coal Country Times is the second largest newspaper in Macoupin County, reaching every home and business in the coal country of Gillespie, Benld and surrounding communities. Note the image of the black diamond — a reference to coal, made explicit by the profile of the miner.)