Mary Harris Jones, better known as Mother Jones, overcame great adversity in her own life in order to fight for the rights of the working class. An Irish immigrant who suffered the tragic loss of her family and then her business, she organized strikes and demonstrations across the country and was a co-founder of the Industrial Workers of the World. She eventually became known as “the most dangerous woman in America.” She stood in solidarity with laborers even in death choosing to be buried in the Union Miners Cemetery in Mt. Olive, Illinois. Miners from across the country raised funds to erect a monument in her honor which stands there today.

https://www.youtube.com/watch?v=GxqIyRnIrYE   [that’s the link to the film]

FAMOUS QUOTES FROM MOTHER JONES
“Our present civilization is one of brute force. We hope to make it a civilization of justice and love.”

In Spring 2021 two women from Mt Olive undertook a new commercial enterprise, inspired by Mother Jones and the role of women in the labor movement overall. They created their own coffee roastery, called Kazoo, and they named their delicious featured dark blend “Hellraiser” after Mother Jones. Not only is it named such, the labels of the paper bags for the coffee beans bear the likeness of Mother Jones on the front and information about Mother Jones, her monument in the Union Miners Cemetery and a QR code on the back – which also has Mother Jones’ most famous saying: “Pray the the Dead and fight like hell for the Living.” Stop by the roastery at 290 Lakeview Drive, Mount Olive, IL 62069 or order your coffee online. 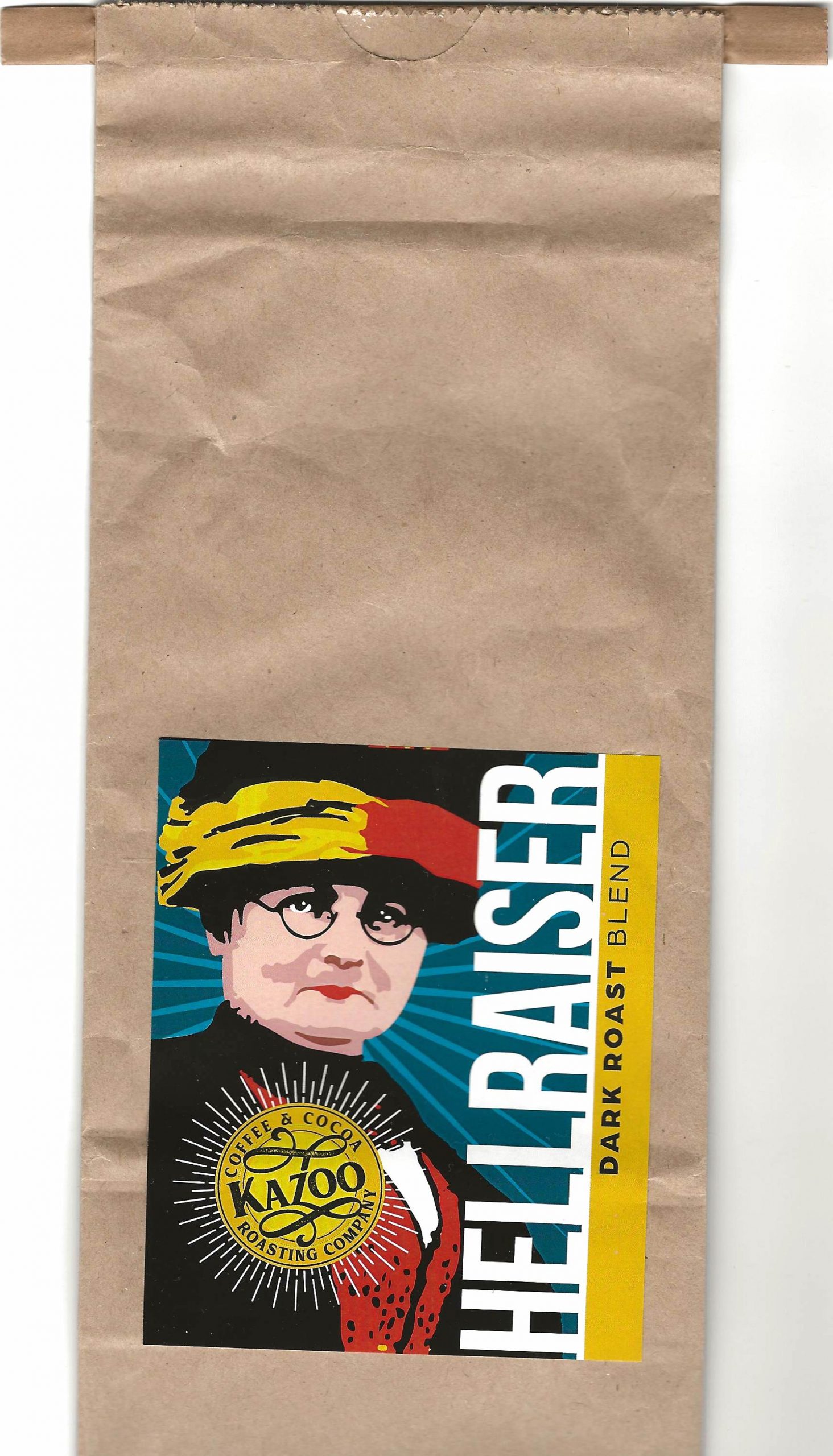 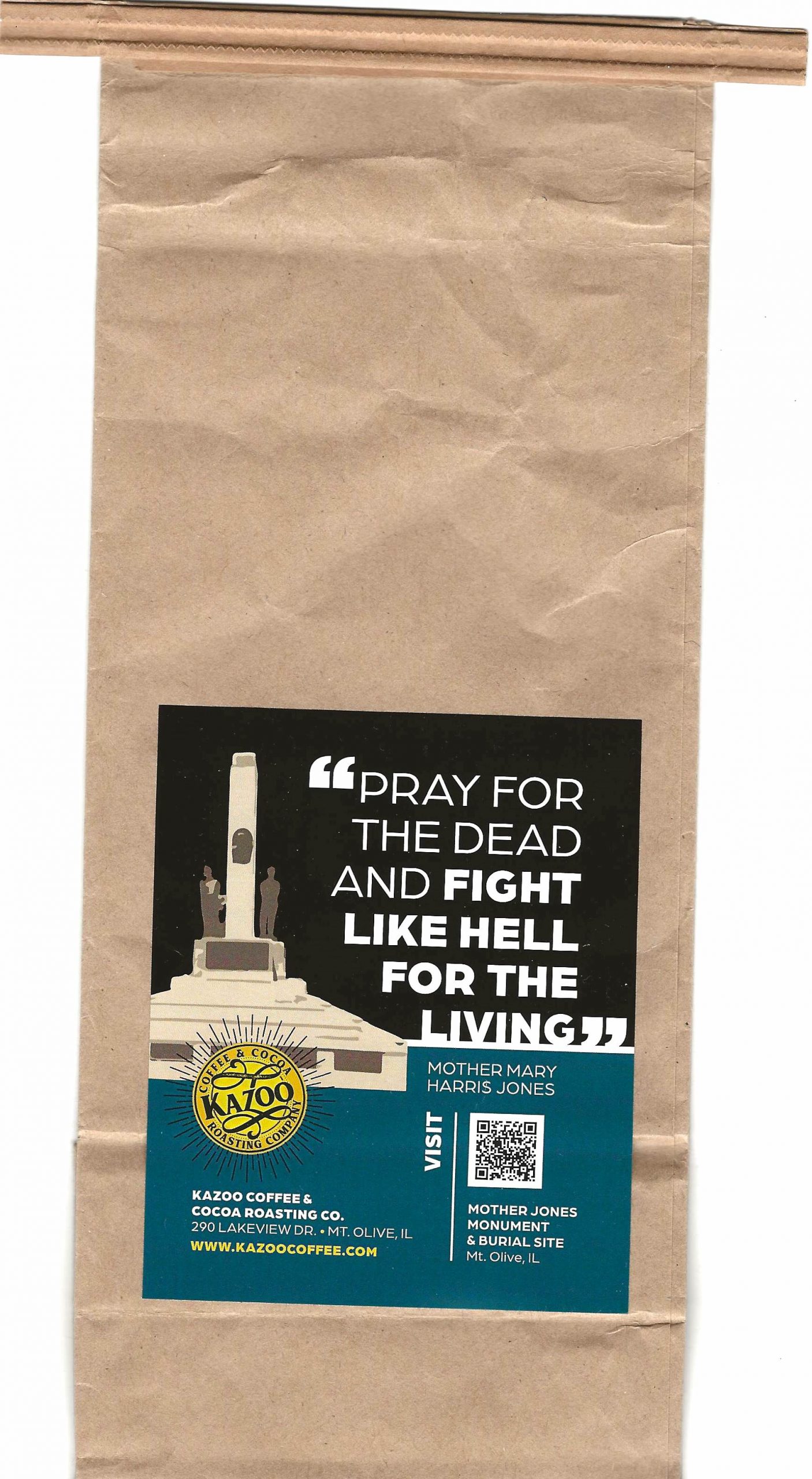 Talented actress Loretta Williams continues to impersonate Mother Jones at events sponsored by the Real Mother Jones Museum and the Union Miners Cemetery in Mt Olive as well as by the Coal Museum in Gillespie, and at many downstate events. Importantly, Mother Jones “performed” at the recent centennial celebration of the Battle of Blair Mountain in West Viriginia.

Tiny White City, five minutes from Mt Olive, is famous as a hotbed of activity then and now of the Women’s Auxiliary of the Progressive Miners of America. 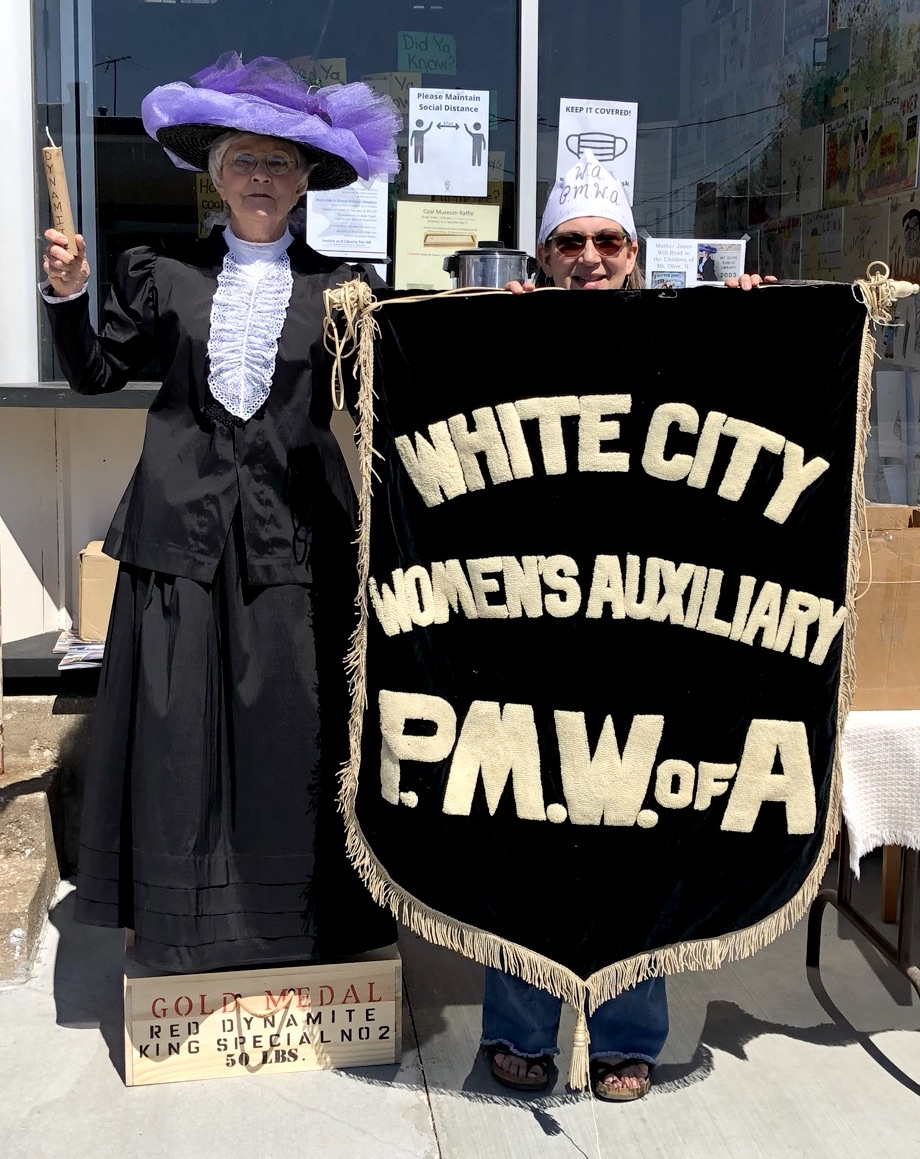 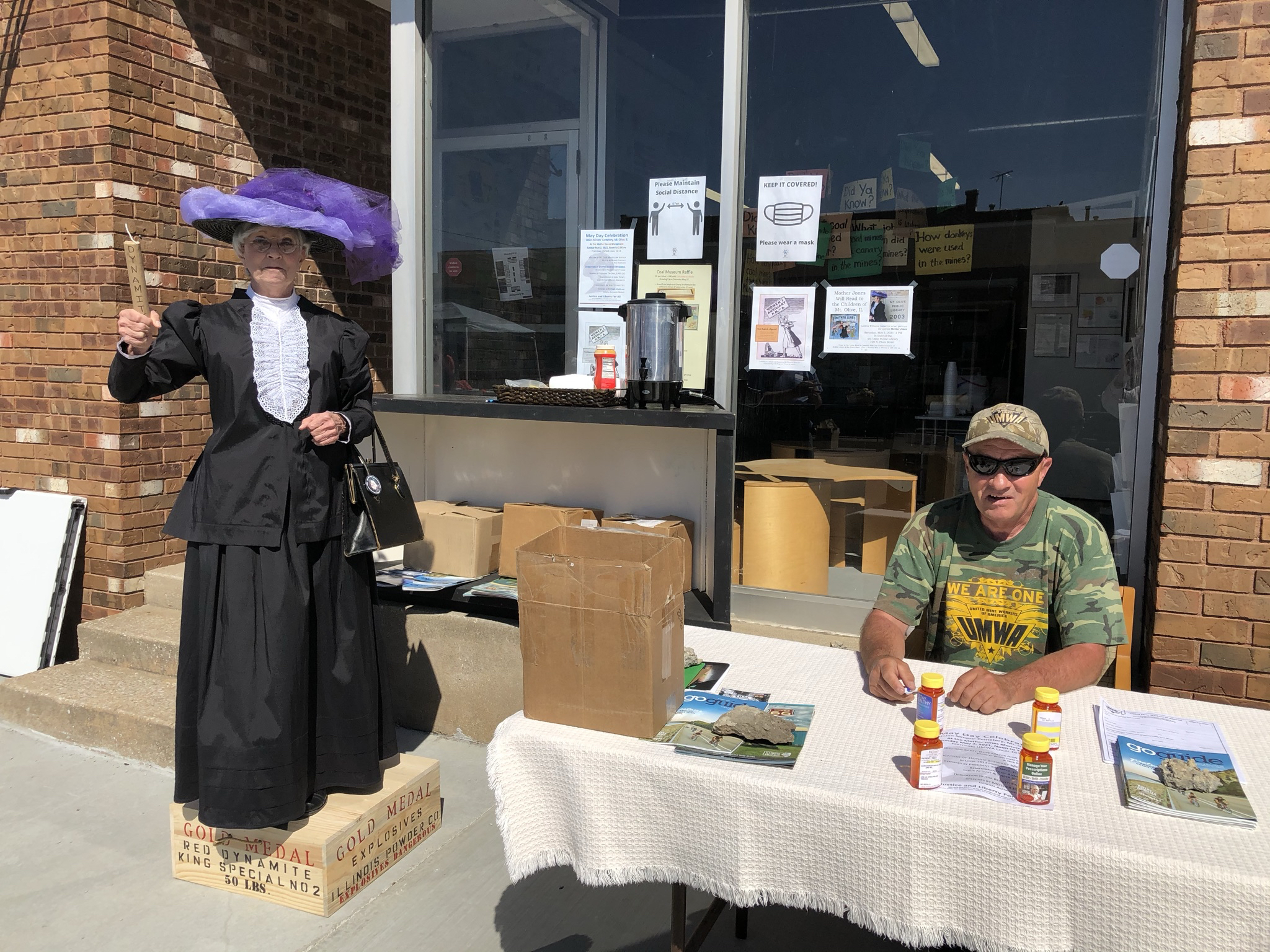