Godfrey is a town between Alton and Elsah. It is named after Benjamin Godfrey who dramatically intersected events and people of importance in African American history in Illinois and who, moreover, has overall significance in U.S. history.

It is actually in Alton where Benjamin Godfrey was significant for there he played an important role in the Elijah Lovejoy story. (Please refer to the Alton page: https://mythicmississippi.illinois.edu/alton/ ) Benjamin Godfrey was a world traveling businessman who had lost and remade a fortune when he settled in Alton in 1832. It is known that one aspect of his mercantile activity was slave transportation from the east coast to New Orleans between 1819 and 1822. By the time he arrived in Alton and met Elijah Lovejoy he had undergone a dramatic conversion about slavery and allowed Lovejoy to keep his fourth printing press in his warehouse. This is the warehouse that was attacked by the mob that killed Lovejoy on November 7, 1837. 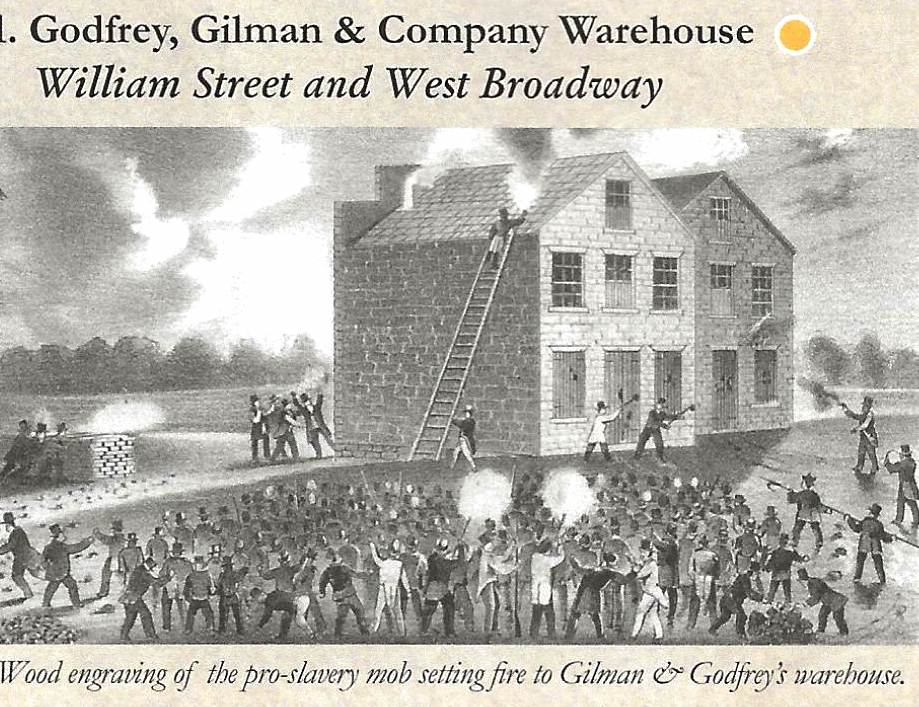 This undated  image, which appears in the Benjamin Godfrey Legacy Trail literature, shows the mob descending on the warehouse where Lovejoy’s doomed fourth printing press was being protected.