It is Brooklyn’s direct association with the Underground Railroad from the 1820s that inspired its motto: “Founded by Chance, Sustained by Courage.” The town began as a settlement of escaped slaves. And in that drama of perilously crossing into freedom, one person stands out amongst the other heroes: Priscilla Baltimore. She is to Brooklyn what Frank McWorter is to Philadelphia, and what both are to an American history that must include minority heroes whose legacy endures and informs contemporary events and historical knowledge. 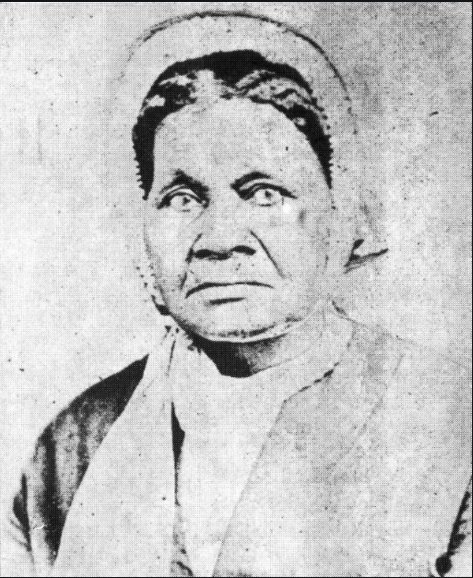 Priscilla Baltimore (1801-1882) was born a slave but, like Frank McWorter, was able to purchase her freedom and later that of her enslaved mother. She is a heroic figure in the history of the underground railroad. At tremendous personal risk she brought eleven families across the Mississippi River from Missouri to Brooklyn, called “Freedom Village” at the time. A 2014 program on St Louis Public Radio in 2014, tells about the excavation by the Illinois State Archaeological Survey of her home in Brooklyn. Unlike New Philadelphia, Brooklyn has survived as a town.

The Illinois State Archaeological Survey conducted a multi-year project in Brooklyn combining archaeological excavation with public engagement, under the leadership of the former ISAS director, Dr. Thomas Emerson. ISAS has produced an excellent documentary about Brooklyn, for which we provide the link: https://www.youtube.com/watch?v=Wlk5s_o6_xo

One of the most erudite discussions about the Underground Railroad was  published by St Louis Public Radio. The article (which also has an embedded audio arrow) discusses Quinn Chapel in Brooklyn and the obvious (pun intended) problem of Underground Railroad research, which is that because the UGRR was a hidden activity it left few physical traces. Please read the article here and note its maps and images: https://news.stlpublicradio.org/post/uncovering-underground-railroad-s-hidden-past-metro-east#stream/0

We also include this summary of the Brooklyn project from Dr. Christopher Fennell’s website: 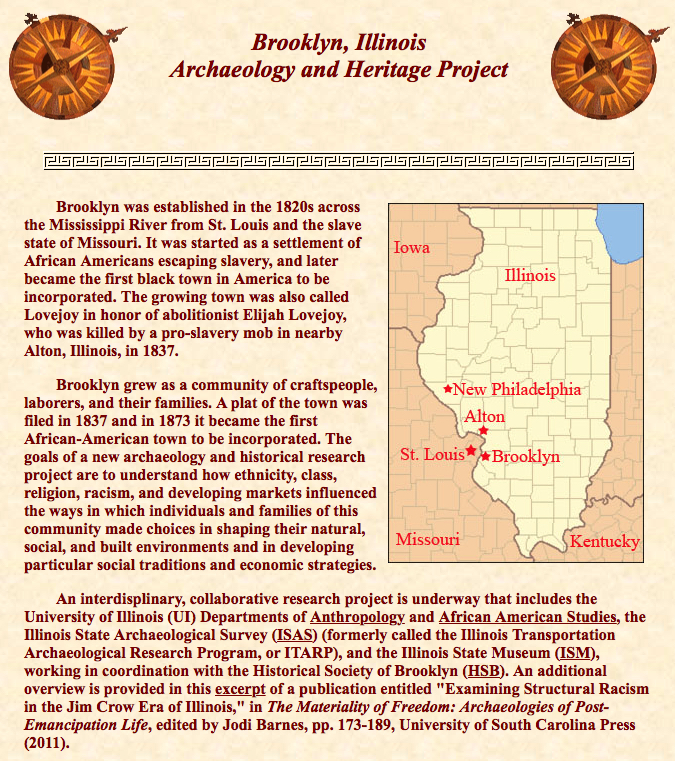