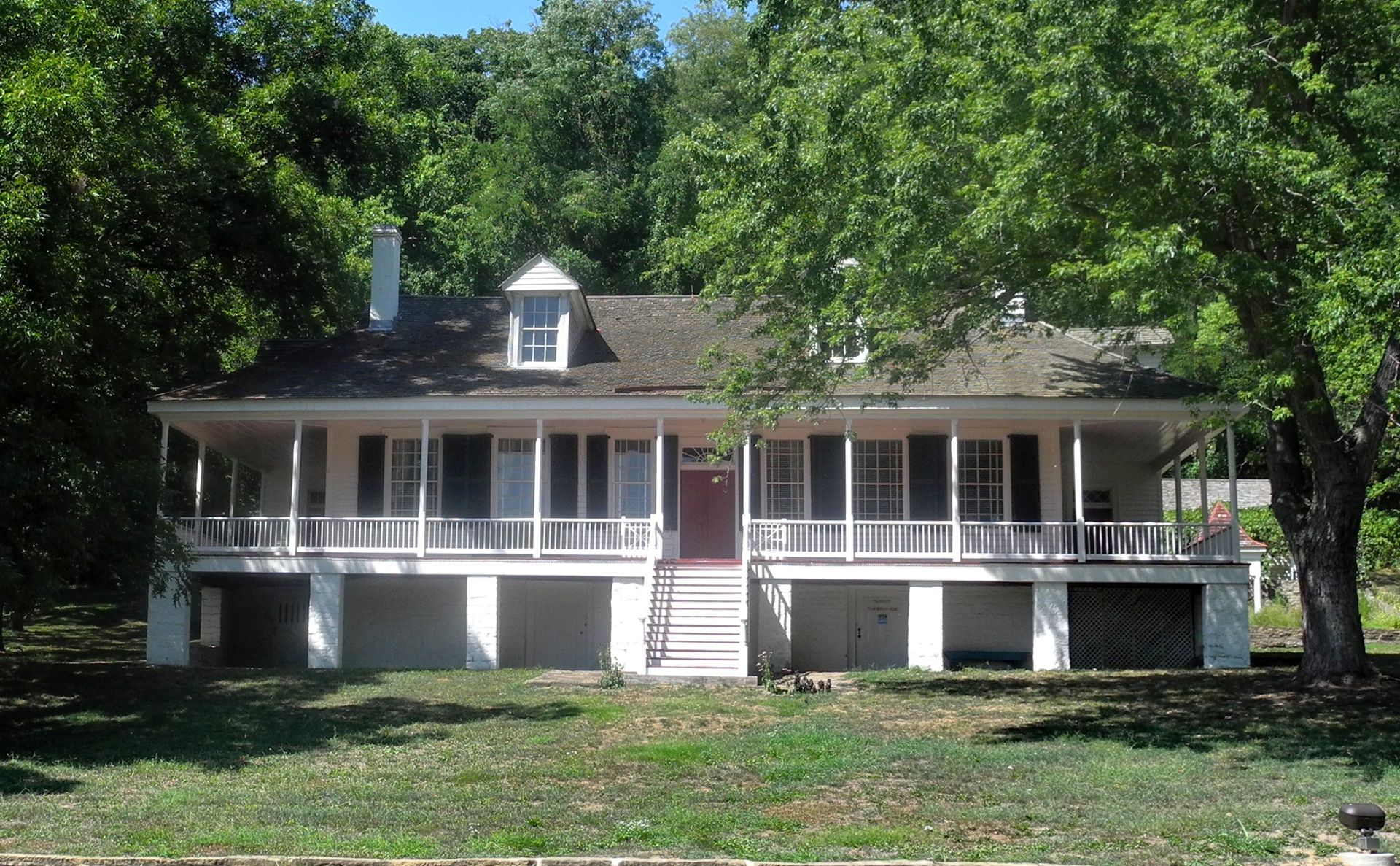 The home was built ca. 1802 – 1815. Architecturally, this is a two-and-a-half story house with a hipped anddormered roof. A wide veranda with a balustrade wraps around the front.The veranda is supportedby sturdy squarestone pillars.The living areawas on thesecond floor. The basement was one large storage facilityfor the trade good that made Menard a wealthy man.The home is described in the NHL designation document as a “magnificent and little-altered example of a large French Colonial ‘raised cottage’ Louisiana-type plantation house.  …It is only surpassed by the Parlange Plantation, c. 1750, near Mix, Louisiana.” The Parlange Plantation reference in the designation document is important because the Menard Home is almost 600 miles north and therefore is evidence of the geographical extent and economic wealth of the French enterprise in North America. Also, we must think about what “Plantation” meant in Louisiana around 1750, which is to say an agrarian estate using African/African American slave labor.  What about the Menard Home?

Pierre Menard was French-Canadian, born near Montreal in 1766. In 1792 he arrived in Kaskaskia, the largest town in the Illinois Country. He became a wealthy businessman. 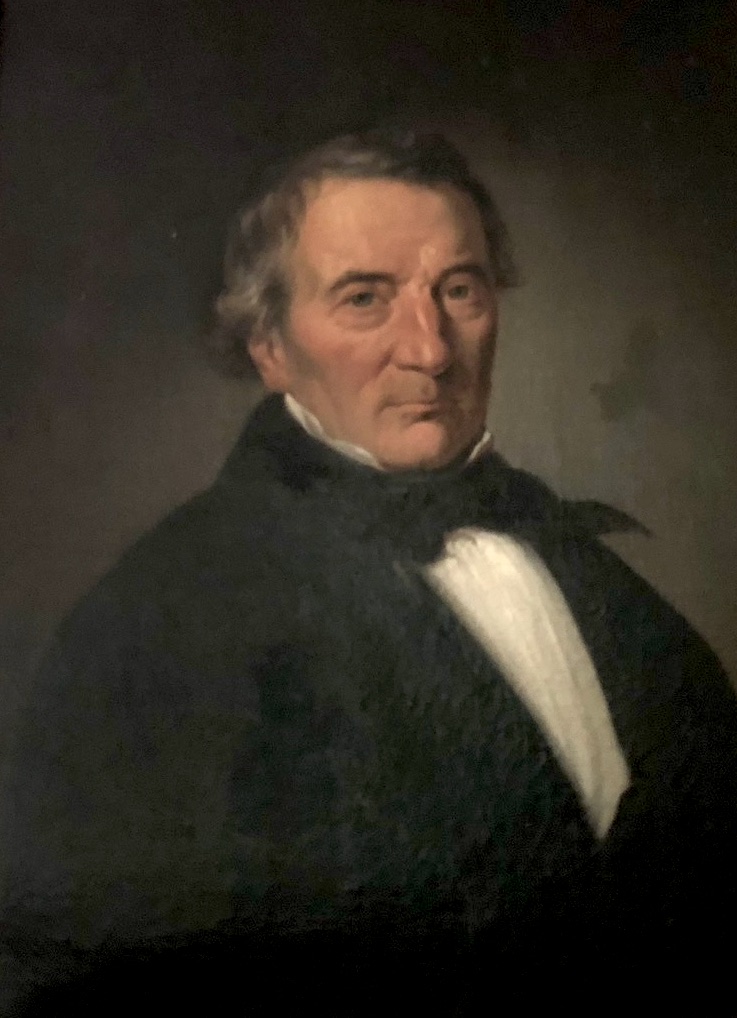 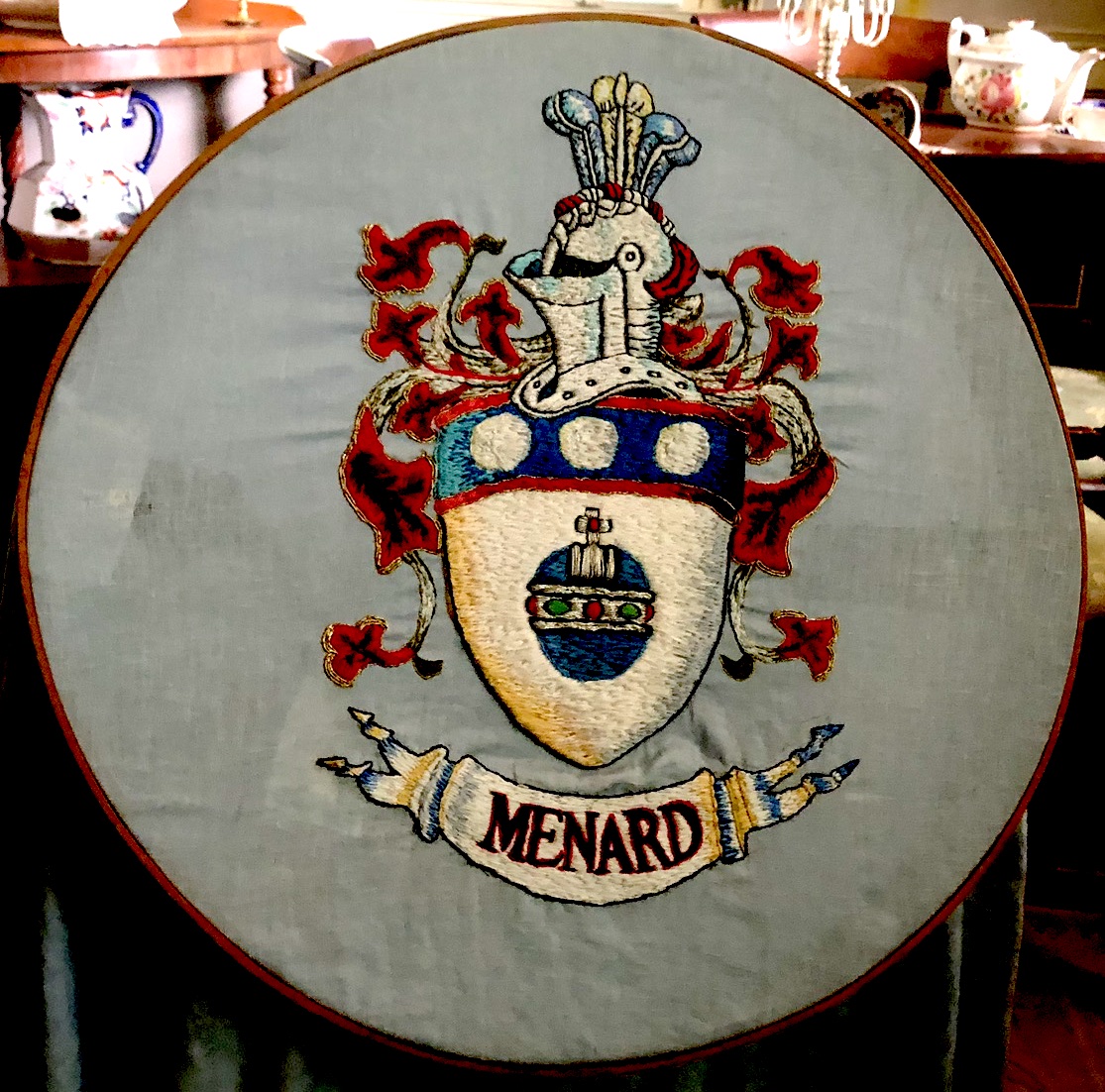 Pierre Menard was a slave-owner but this information is lacking at the site, for instance in the fixed informational signs and in the official state summary of the site.  And an otherwise quite good documentary about Pierre Menard, produced in 1992 by what was then the Illinois Historic Preservation Agency similarly makes no mention of his slaves. But archaeologists believe they know were the slave quarters were — see the image below. 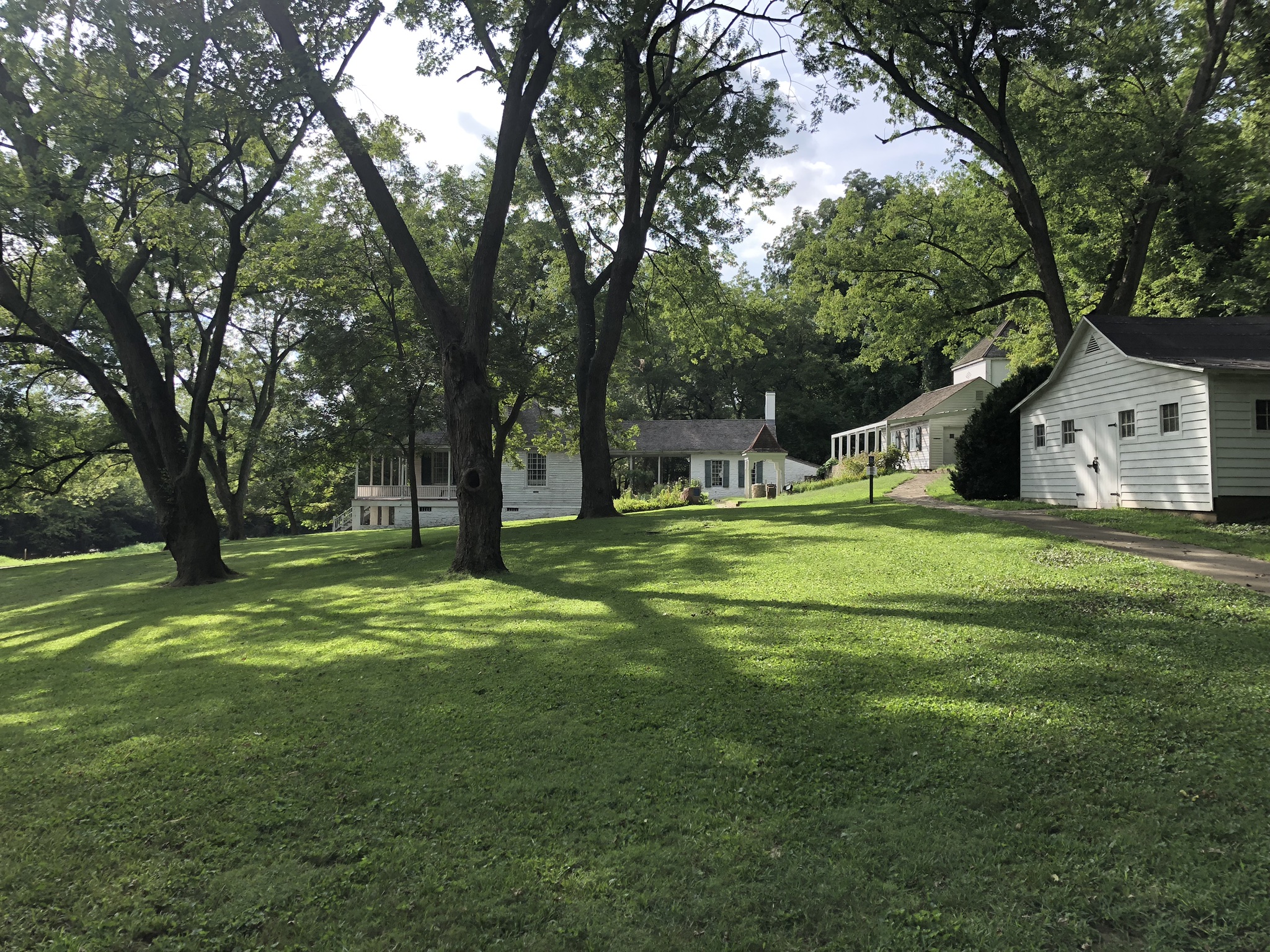 Archaeologists believe that the slave quarters were on today’s grass lawn.

It was slaves who were doing the menial work of his lovely estate. In 1810 he had 7 slaves. Because he owned slaves prior to Illinois’ statehood in 1818, Menard was permitted to keep them. By 1820 he had 13. By 1830 he had 22. He could have emancipated them, but he did not. Menard died in 1844. Slavery was abolished in Illinois by the Illinois State constitution in 1848.

In contrast to being a slave holder and obscuring that fact, history books about Pierre Menard repeatedly refer to his good relationships with Native American people and Indian tribes overall. Moreover, living close to Kaskaskia, Menard would have seen many cases of inter-marriage between French/French Canadian men and Indian women. Nevertheless, there was a real power inequality between Menard and the Native Americans.