Mascoutah is a lovely town, located on Route 4, just east of the Metro-East conurbation.

It has a keen sense of its history with an active historical society and a local historical museum called the Mascoutah Heritage Museum. 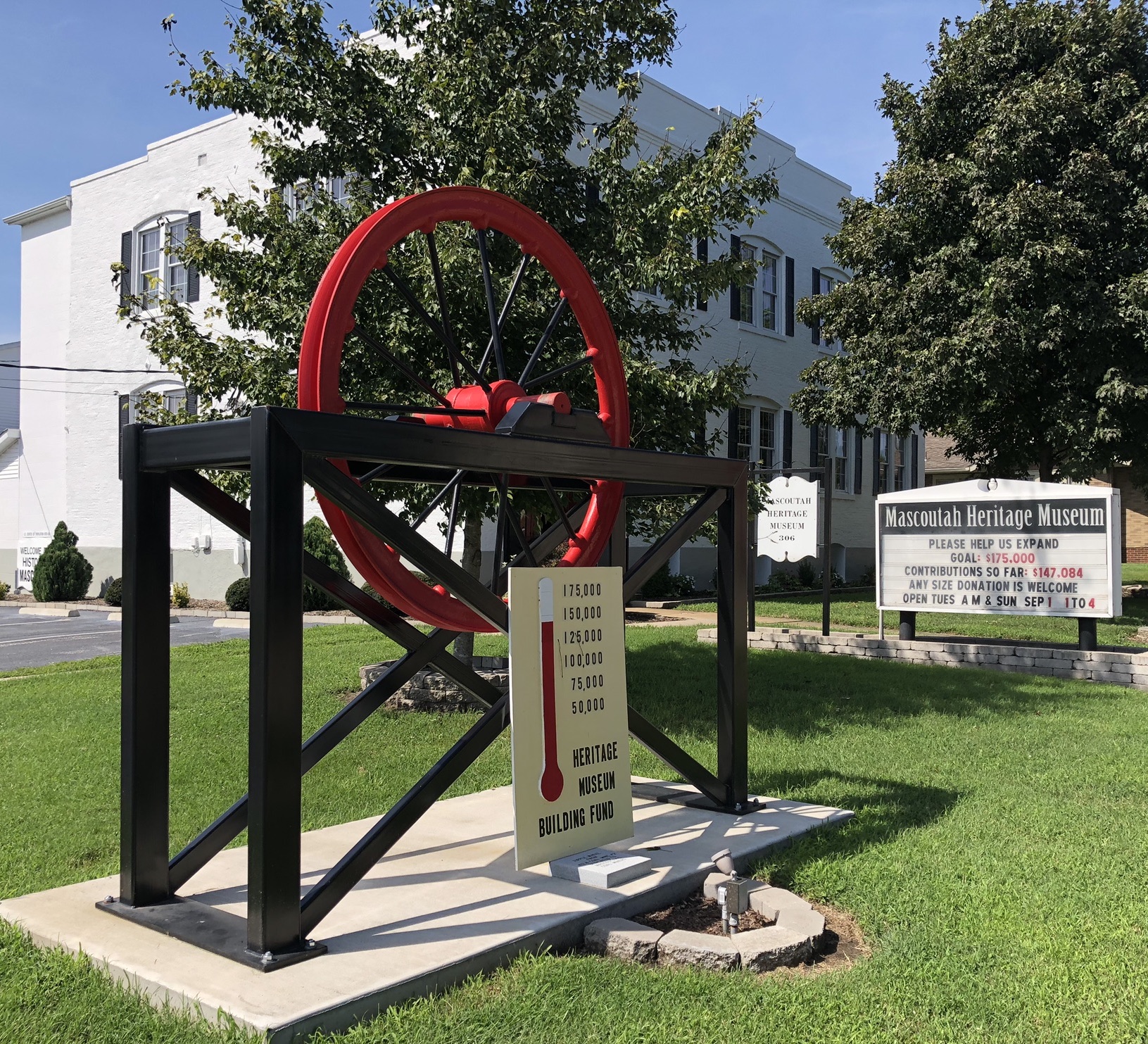 The Main Street-facing old mill building is decorated with an immense mural representing the original Native American inhabitants of the area through the earliest Anglo pioneers and then German immigrants who founded the town in 1837 following the removal of the Indian population of Illinois. 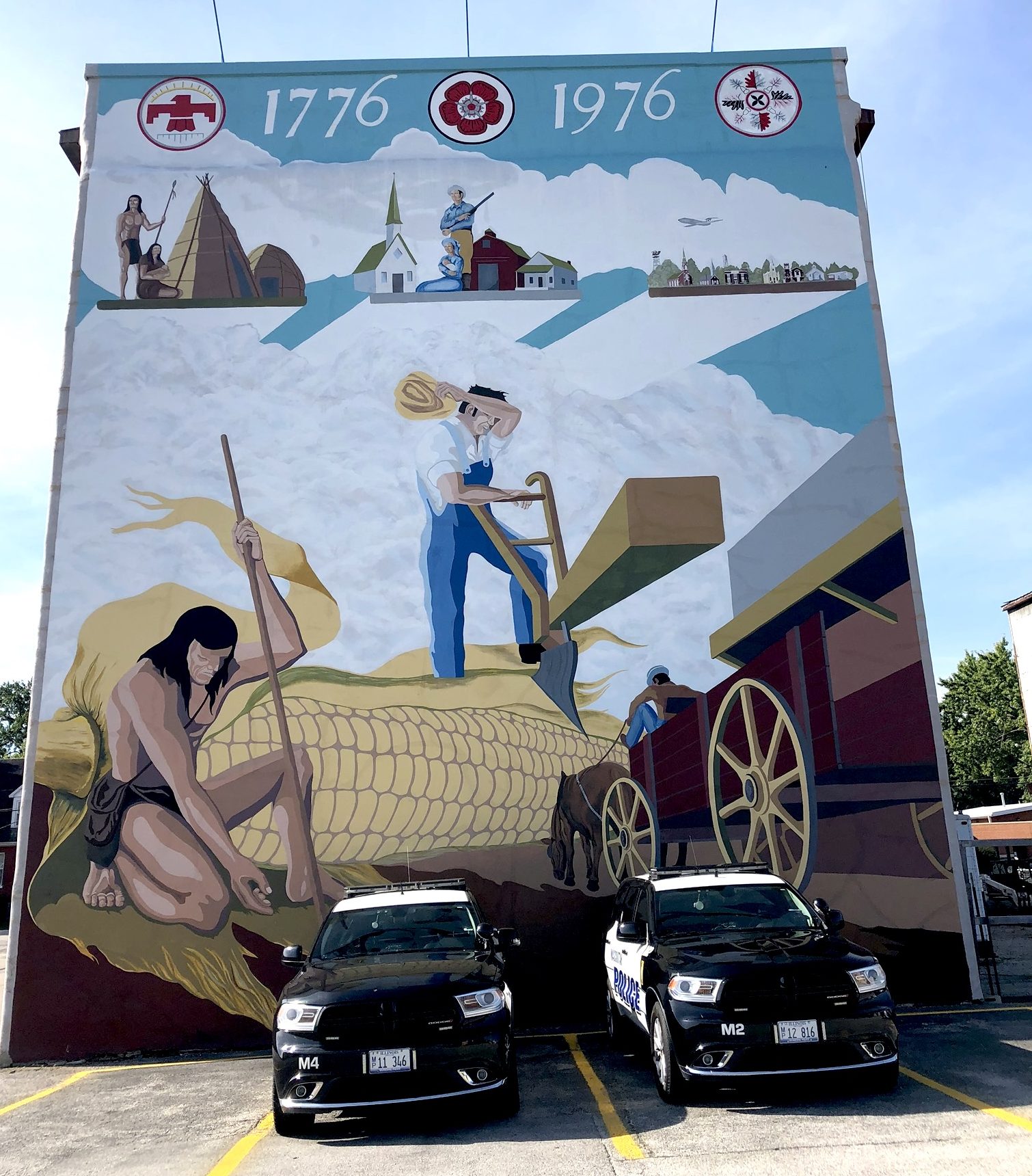 German immigrants continued to arrive in Mascoutah and German was the language of everyday life in town for decades.

In the second half of the nineteenth century and early twentieth century Mascoutah had an active brewery industry with various brands. This history is represented in several exhibition cases at the local museum. Prohibition put an end to that occupation. Yet Mascoutah’s brewery era is recalled in a German restaurant in town, Roemertopf, located near a former brewery, and where patrons sing a German toasting song. 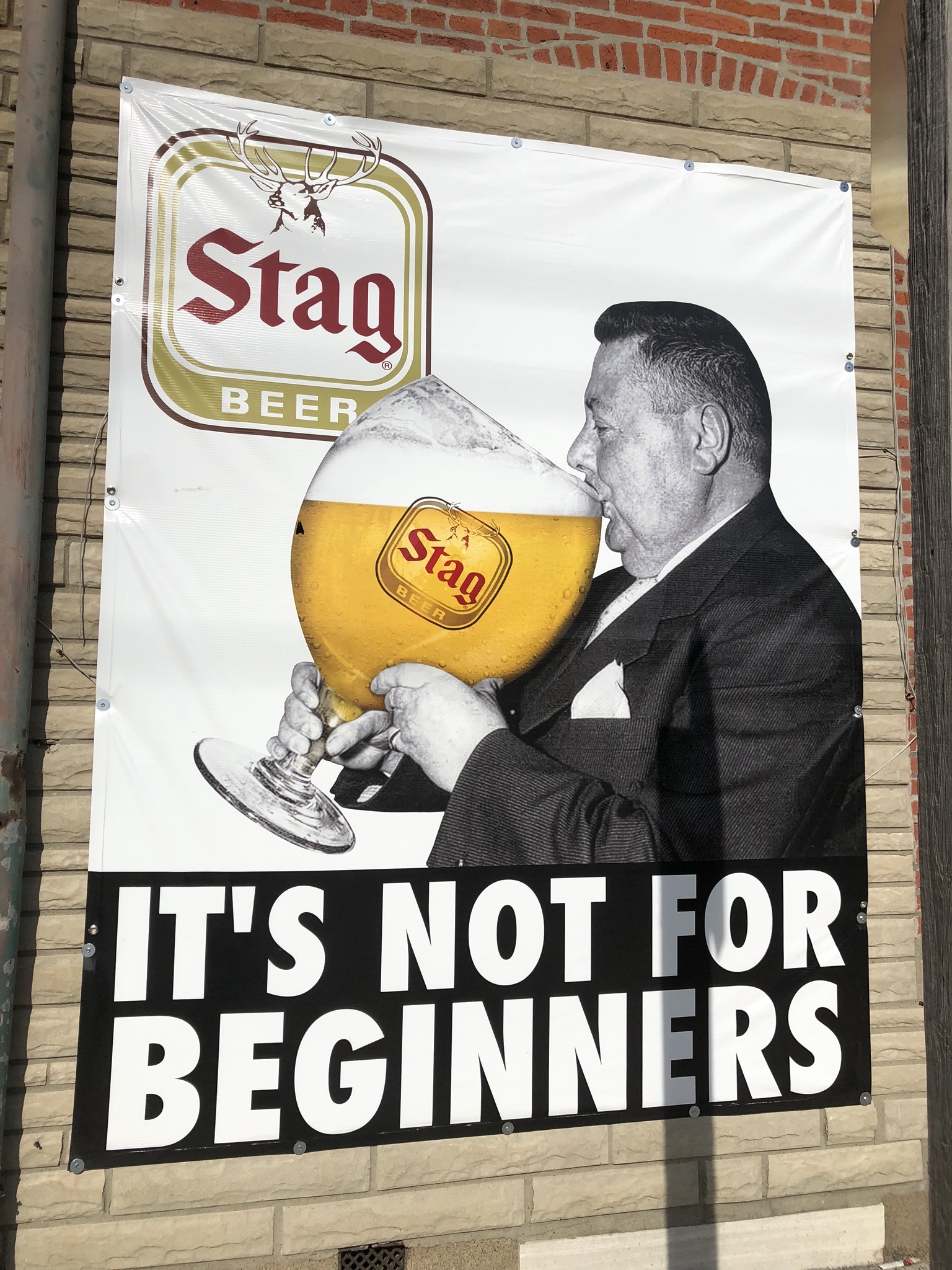 Like so many towns in southern Illinois, Mascoutah had coal mines. Indeed, five were within the town limits and coal was produced from the 1860s until 1956. Unlike some of the other coal towns studied by our project, however, Mascoutah did not participate in the dramatic and sometimes violent union-vs-capitalist and union-vs-union events of the industry elsewhere in the state. Indeed, during the Depression, struggling farmers were able to get day work in the mines and were not called or attacked as scabs. And European immigrants were attracted to Macoutah to work in the coal mines. 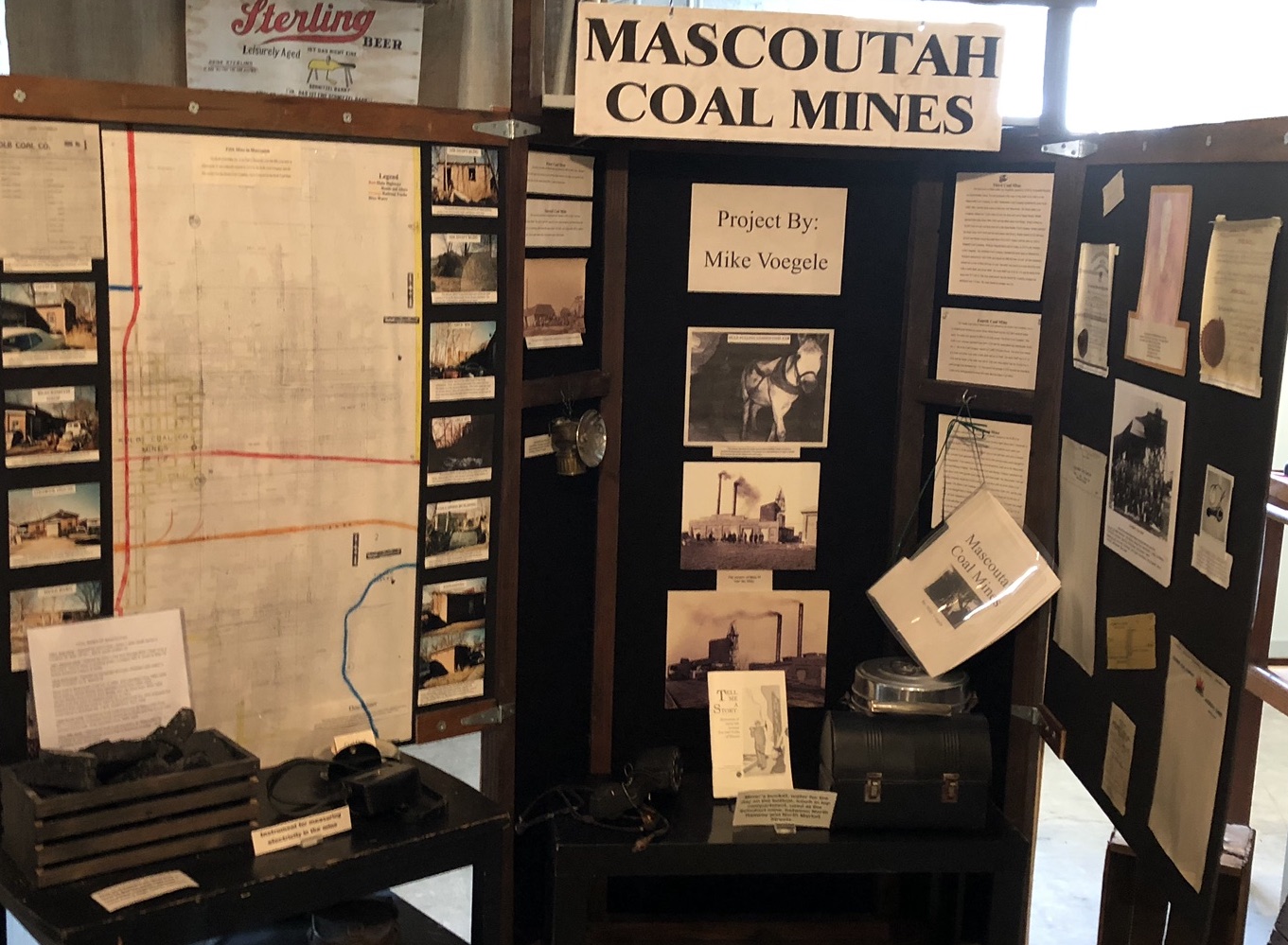 Today, Mascoutah is a self-consciously German heritage town, promoting that identity and recalling its history in its museum and the Berger-Kiel House (on the National Register of Historic Places, featured in the banner of this webpage) as well as annual cemetery walk replete with German music and the telling of family histories at the gravesites. The abundance of German surnames in the cemetery attests to the immigration history of the town. 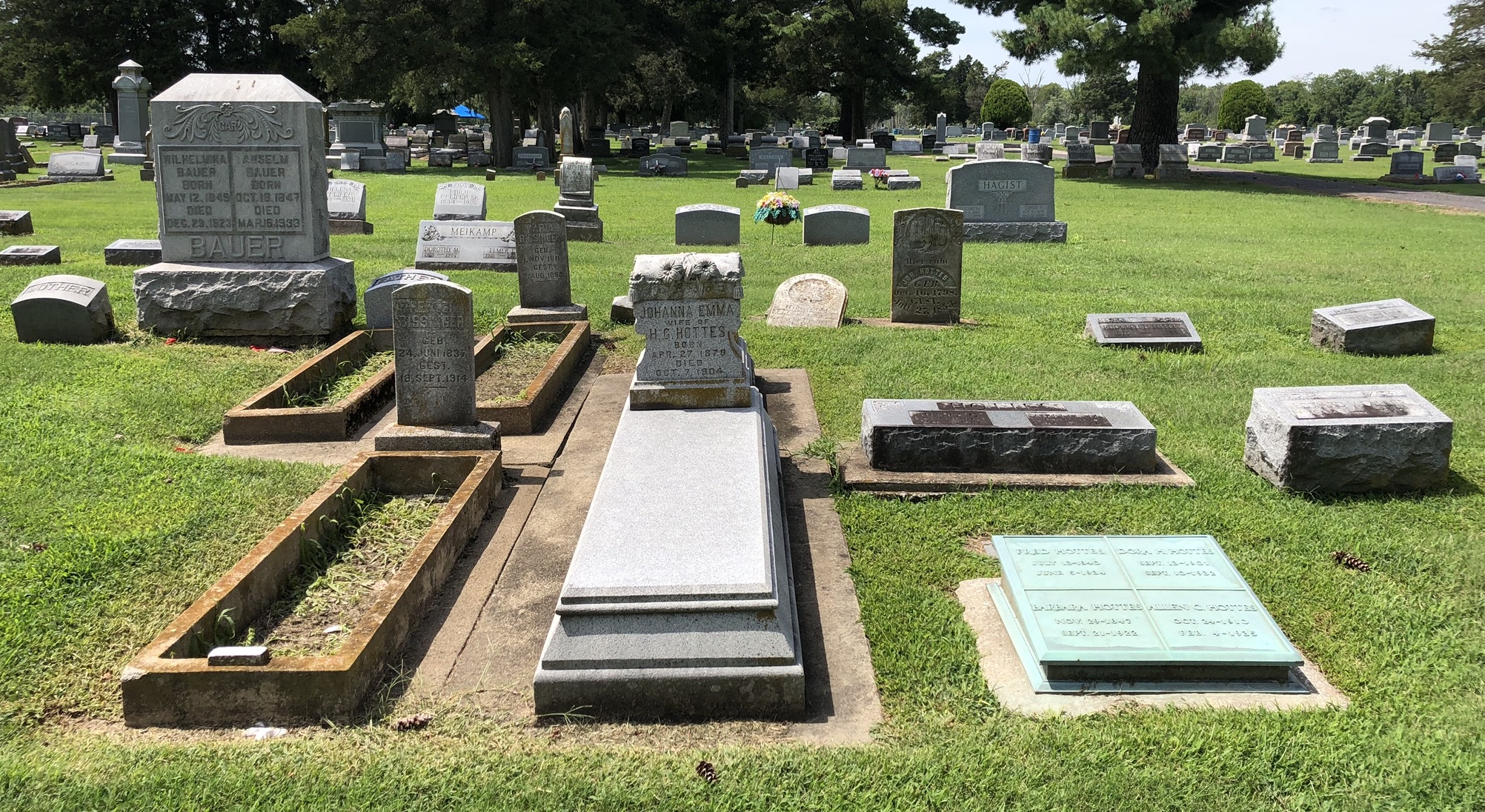 Native American Mascoutah: past and present
There is a profusion of Indian referents for school team names in Illinois. Although Chief Illiniwek has been retired by the University of Illinois Board of Trustees, our sports teams are called “the fighting Illini.” Cahokia’s school mascot is the Comanches. Benld’s was “the Indians.” And Mascoutah has the “Mascoutah Indians.” That school identity is proudly displayed on the water tower that towers over the athletic field and is distilled as a logo into the “M” with feathers. Moreover, a life-size bronze sculpture of this generic “Indian Chief” riding a horse is emplaced at the entrance to the new high school. And it appears at the town’s Welcome Center.  For a town with such a strong German identity, we simply call attention here to the representational symbolism chosen. 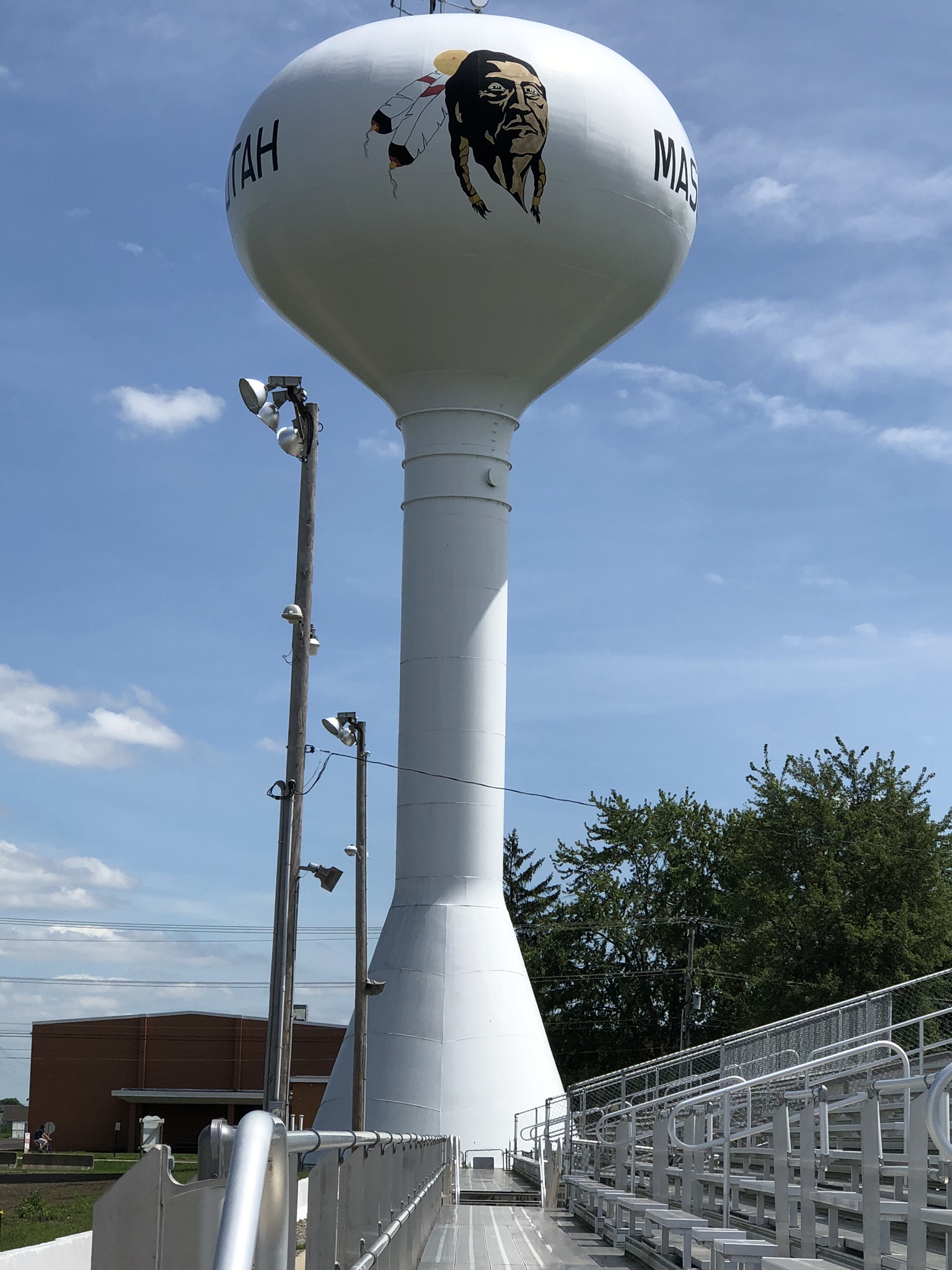 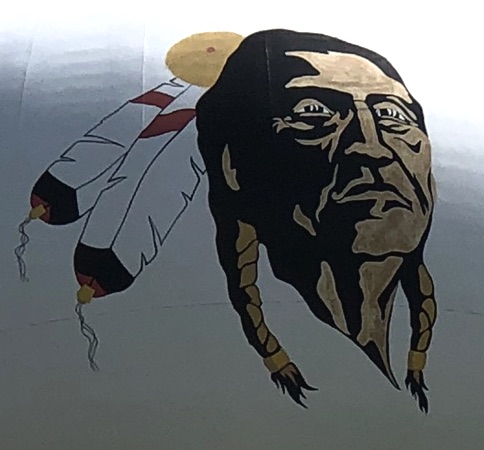 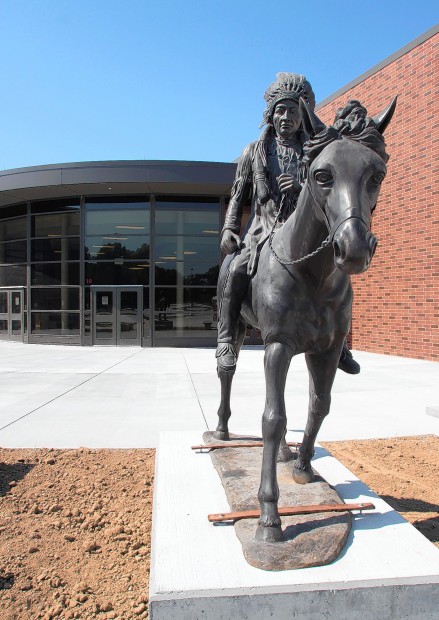 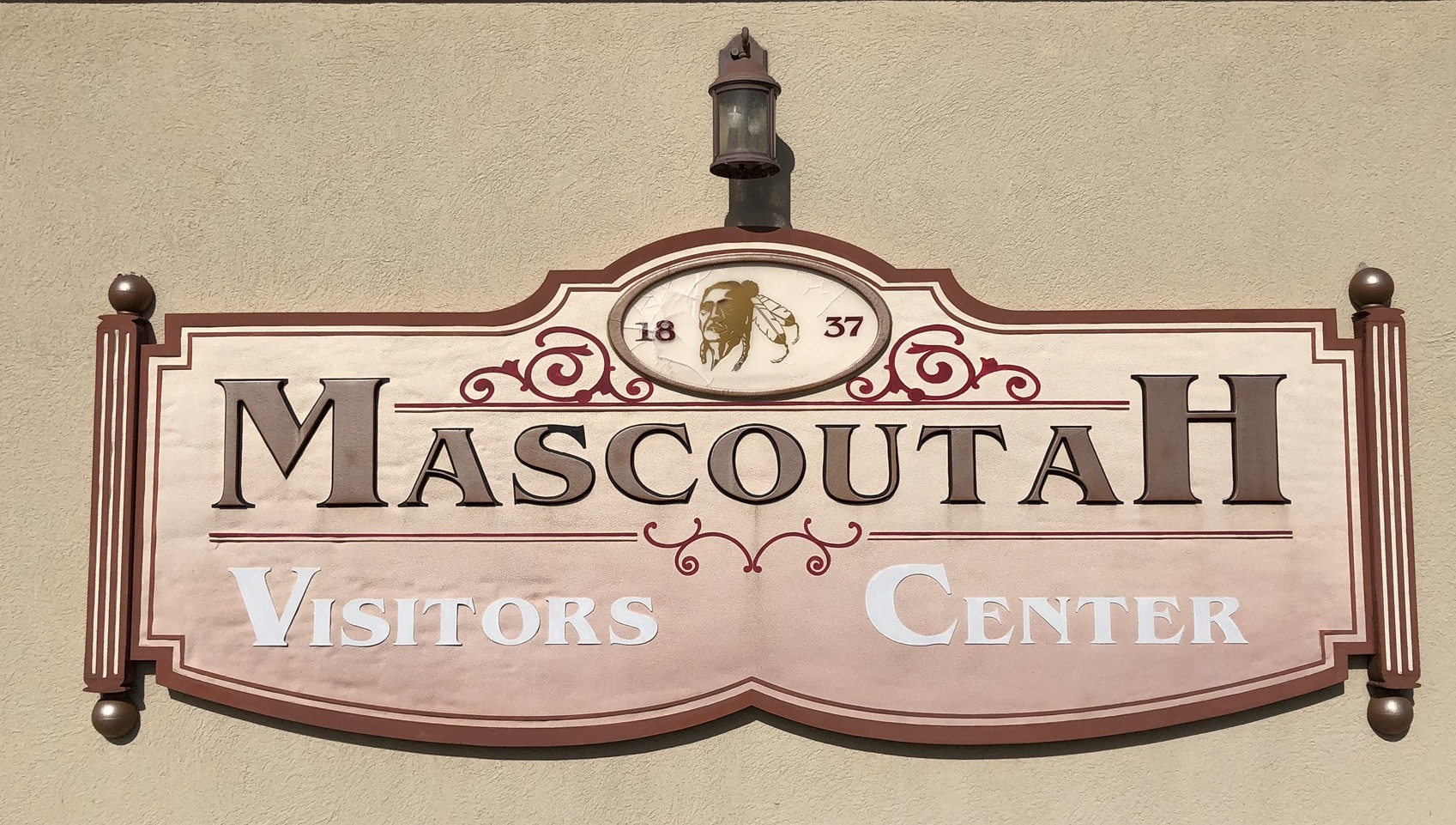 REFERENCES
Welch, Marilyn. Remembering Mascoutah. Reflecting on What’s Been Going On in Our Hometown. (2016)