Gillespie is located on the 1926-1930 alignment of Route 66. Pun intended, it is a town on the move. And today that movement is without the coal industry that once made Gillespie prosperous. The regeneration of Gillespie is due to a dynamic group of citizens and city officials who formed a “Grow Gillespie” organization, whose plan was announced in a series of public meetings in early 2019. Grow Gillespie features initiatives to improve downtown aesthetics, encourage entrepreneurship, retain and grow existing businesses and encourage new businesses to open downtown. WATCH THIS VIDEO OF GILLESPIE’S DOWNTOWN (from Abigail Bobrow’s online essay, Built on Coal).

The Illinois Coal Museum was identified early on as an integral part of Gillespie’s streetscape plan. Dave Tucker, Curator of the Illinois Coal Museum in Gillespie, presents an excellent overview of the museum and local coal mining history in this video: https://www.youtube.com/watch?v=-J2gnoIQXu8&list=PLjtacxiB93P2i2N7O18rZSGSz_v8vDQbI&index=13&t=113s

Gillespie had some of the largest coal mines in the world and coal mines were located throughout the township. 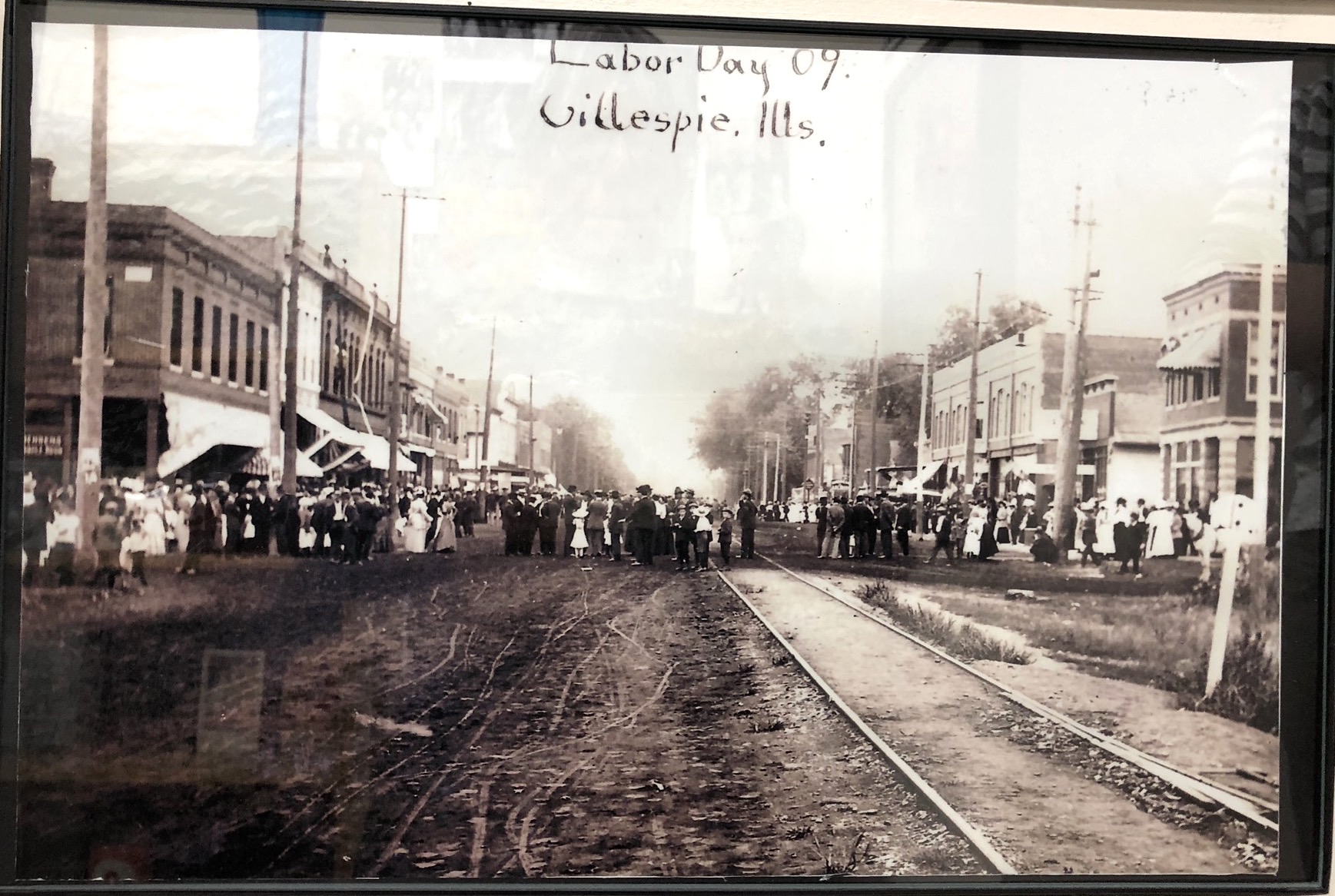 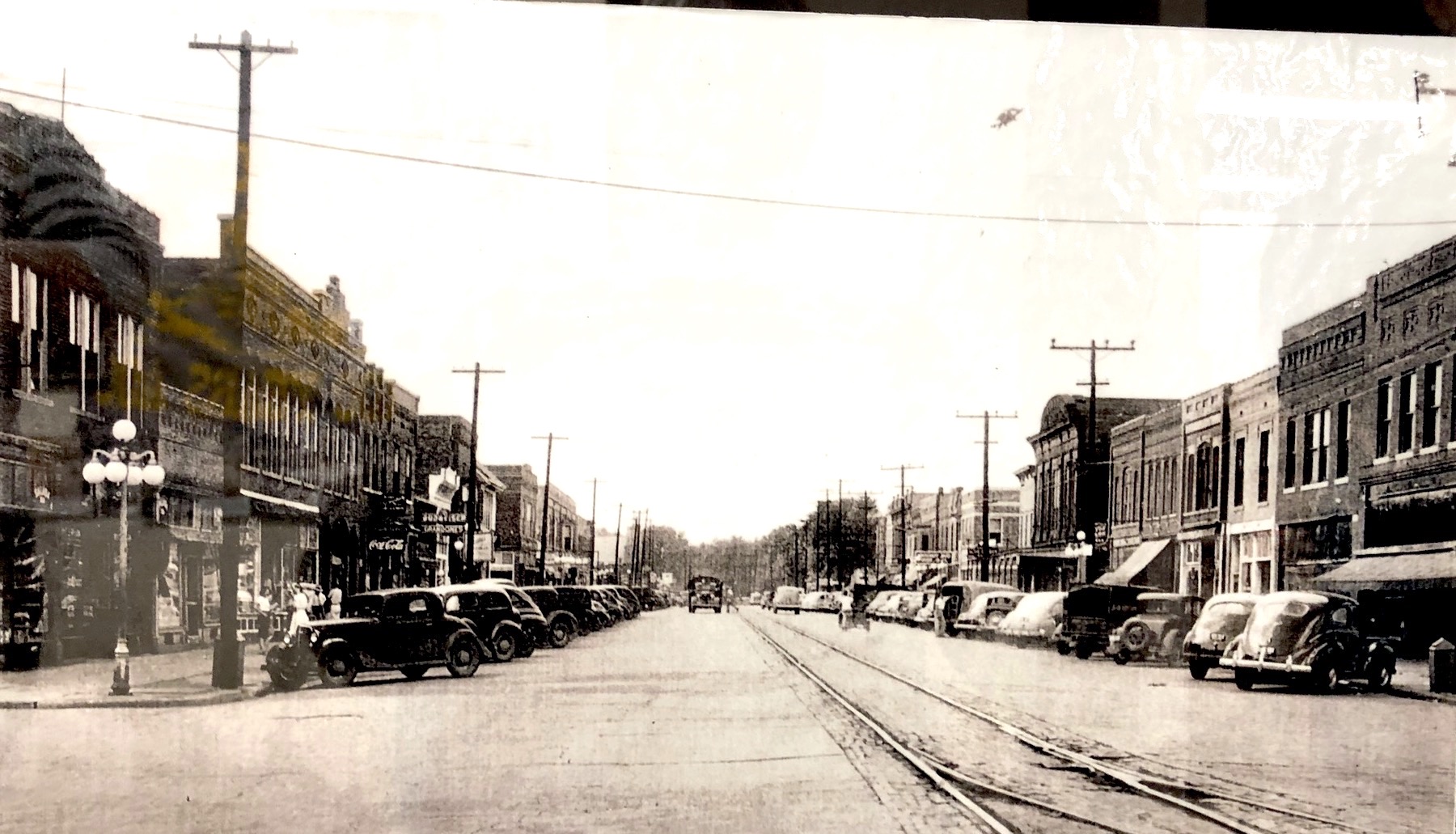 Evident prosperity on the main street of Gillespie

Gillespie is tremendously important in the history of the labor movement associated with coal mining because the Progressive Miners of America union was born here in 1932 as a breakaway from the United Mineworkers of America.

The inaugural meeting of the Progressives was held in the Colonial Theatre (on the corner of Chestnut and Montgomery), long ago razed. Today a dedicated group of Gillespie residents maintains the site as a community garden named “Colonial Giving Garden” in remembrance of the significant historical event that took place on that piece of land in 1932. Our project worked with the Illinois State Historical Society, City of Gillespie and the Coal Museum to erect a historical marker on the site where the Colonial Theatre stood. The marker was inaugurated on May 1, 2021. 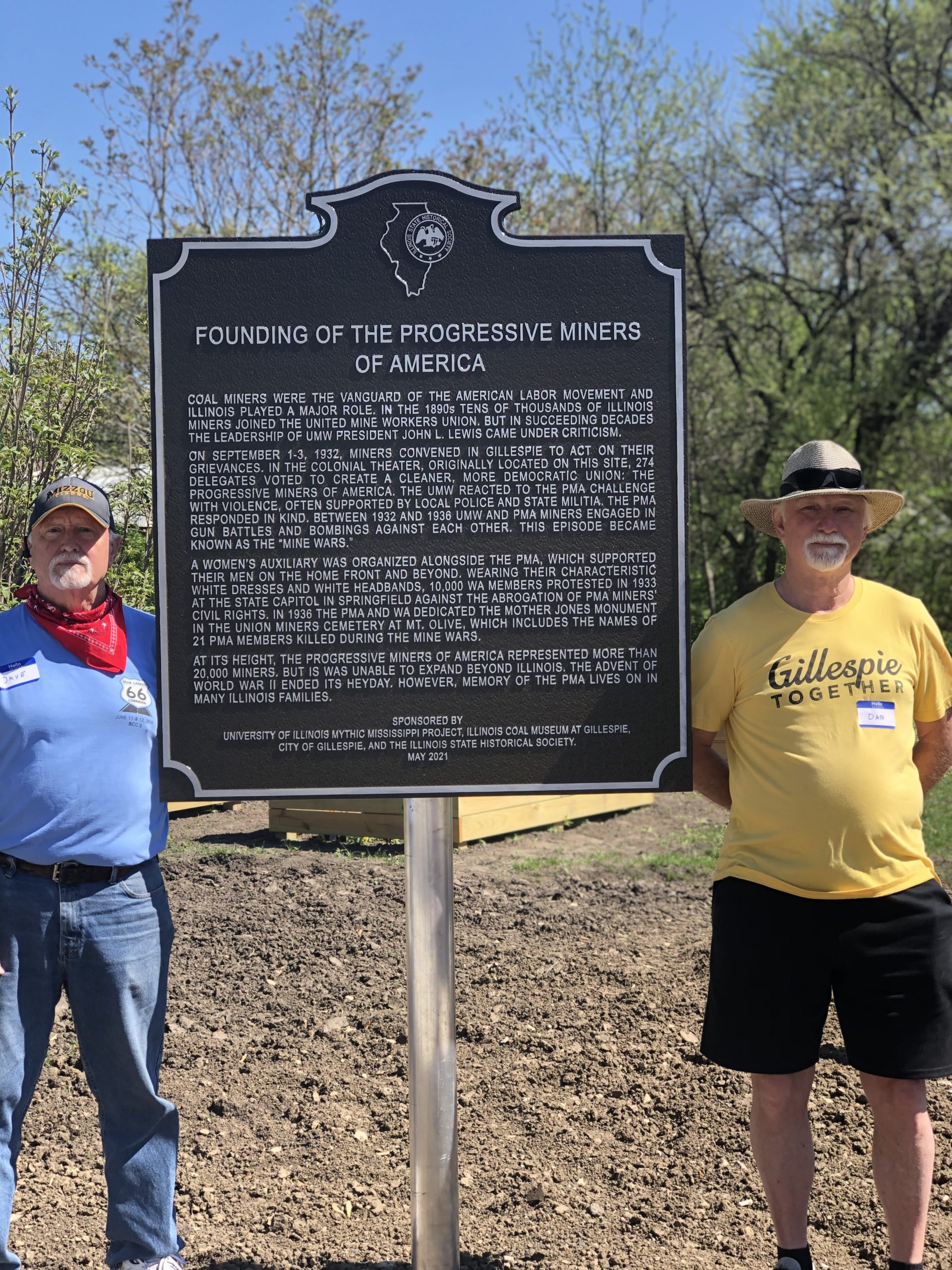 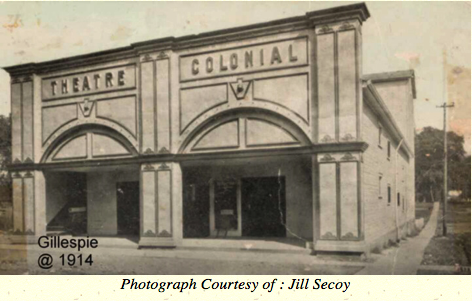 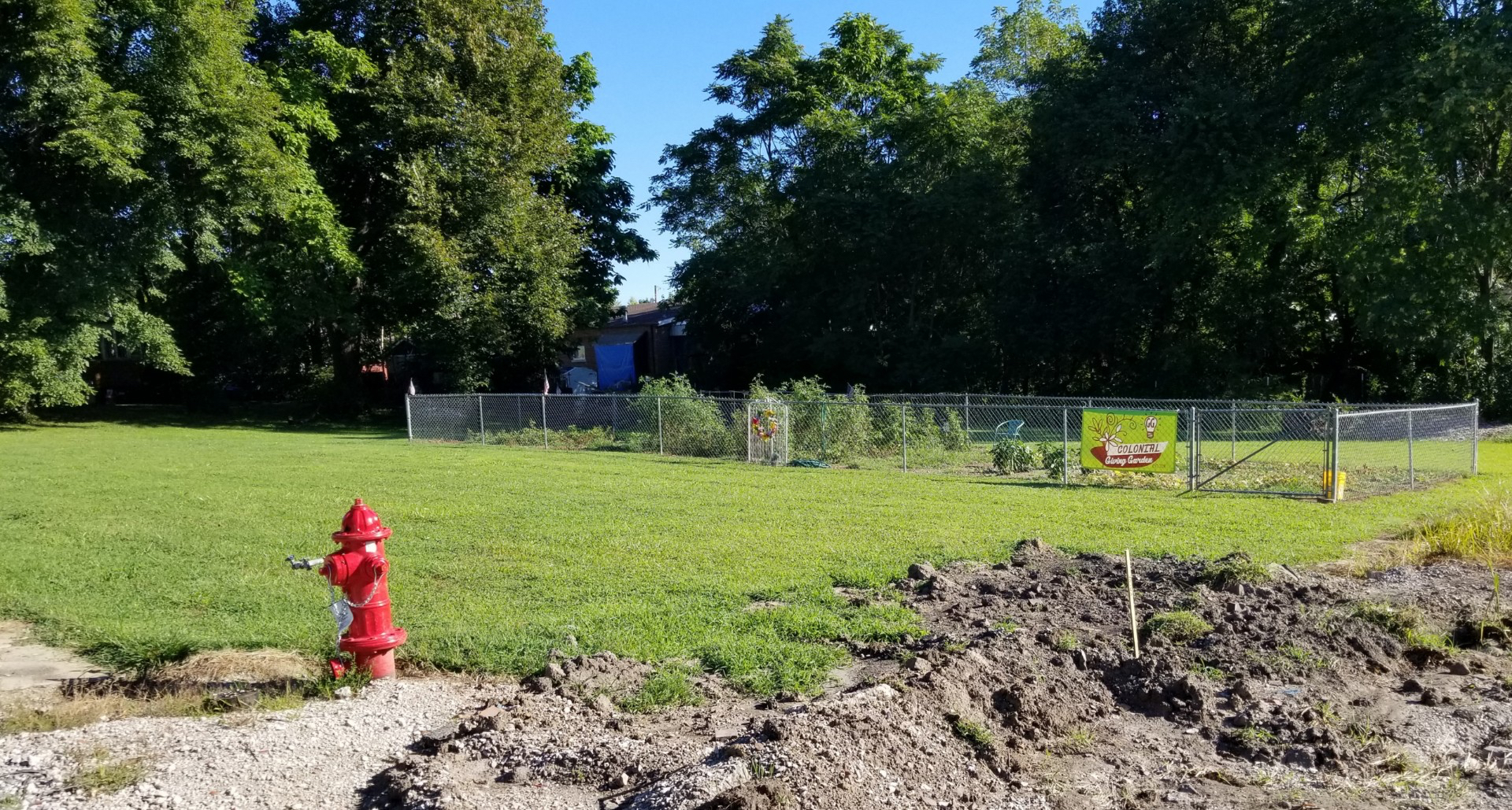 The Colonial Theater was located on this corner, which volunteers turned into a beautiful garden in Summer 2021, as seen below. This is where the historical marker commemorating the founding of the Progressive Miners of America was placed. 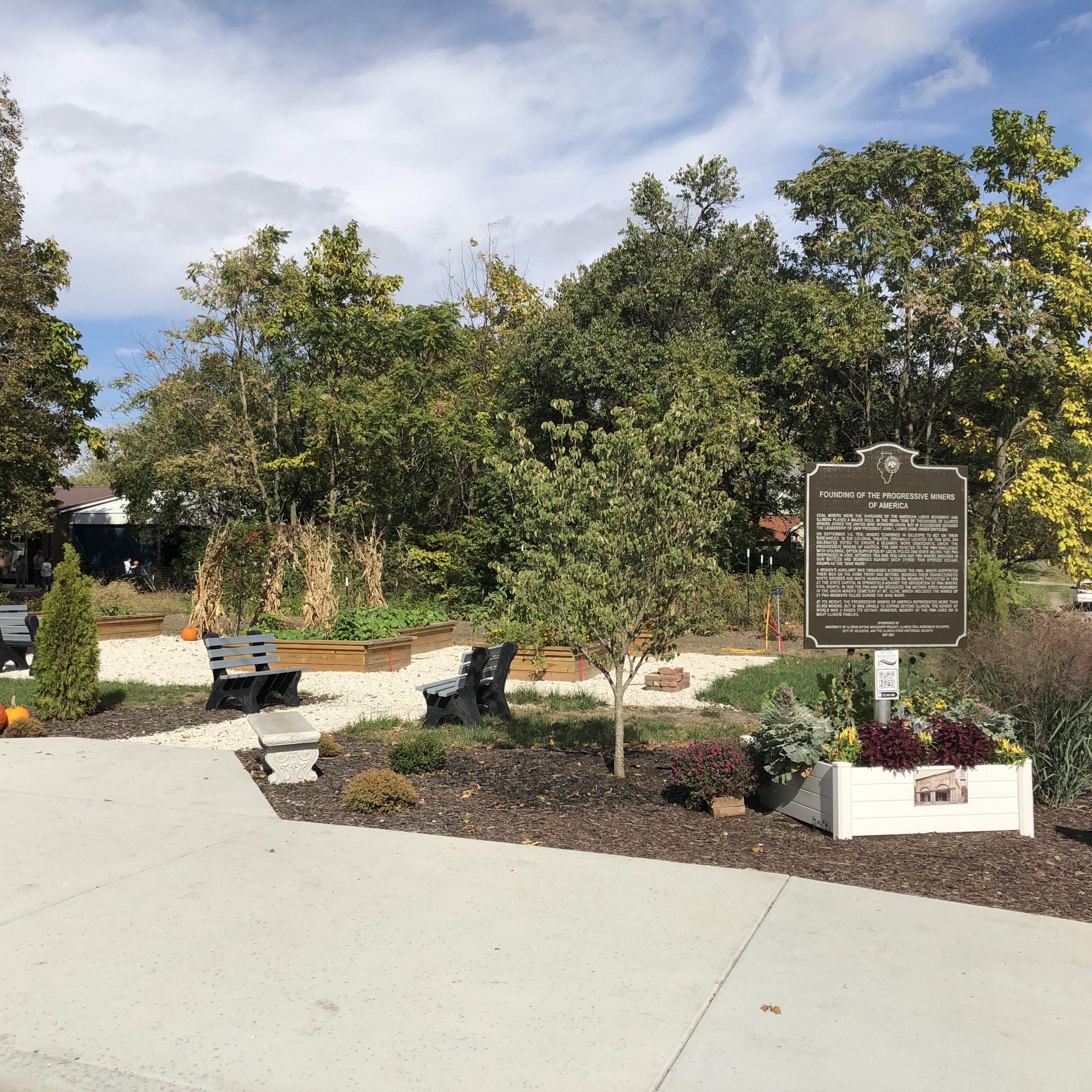 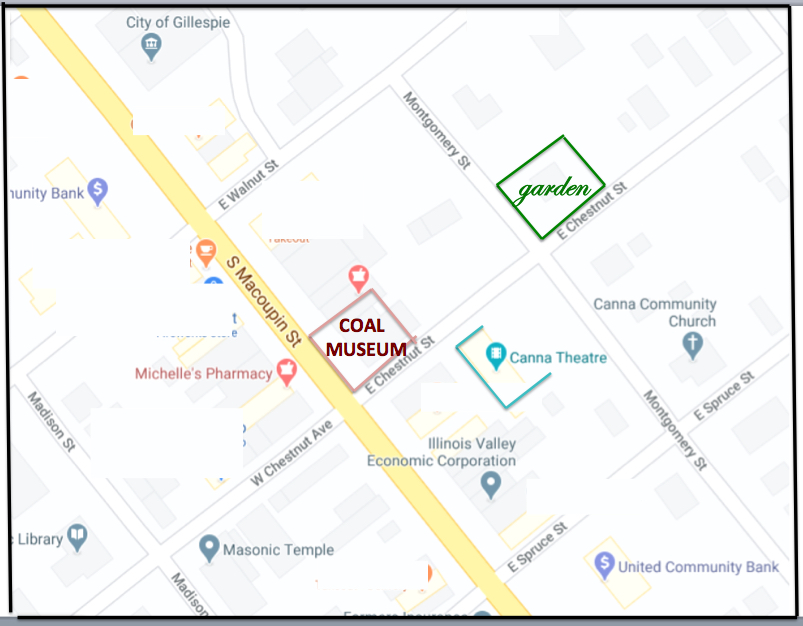 The UMW-Progressives schism was ideological and physical, leading to extreme violence between the two groups. This story and many other aspects of local coal mining and labor history are told in the Gillespie Coal Museum. A visit to the museum is highly recommended. 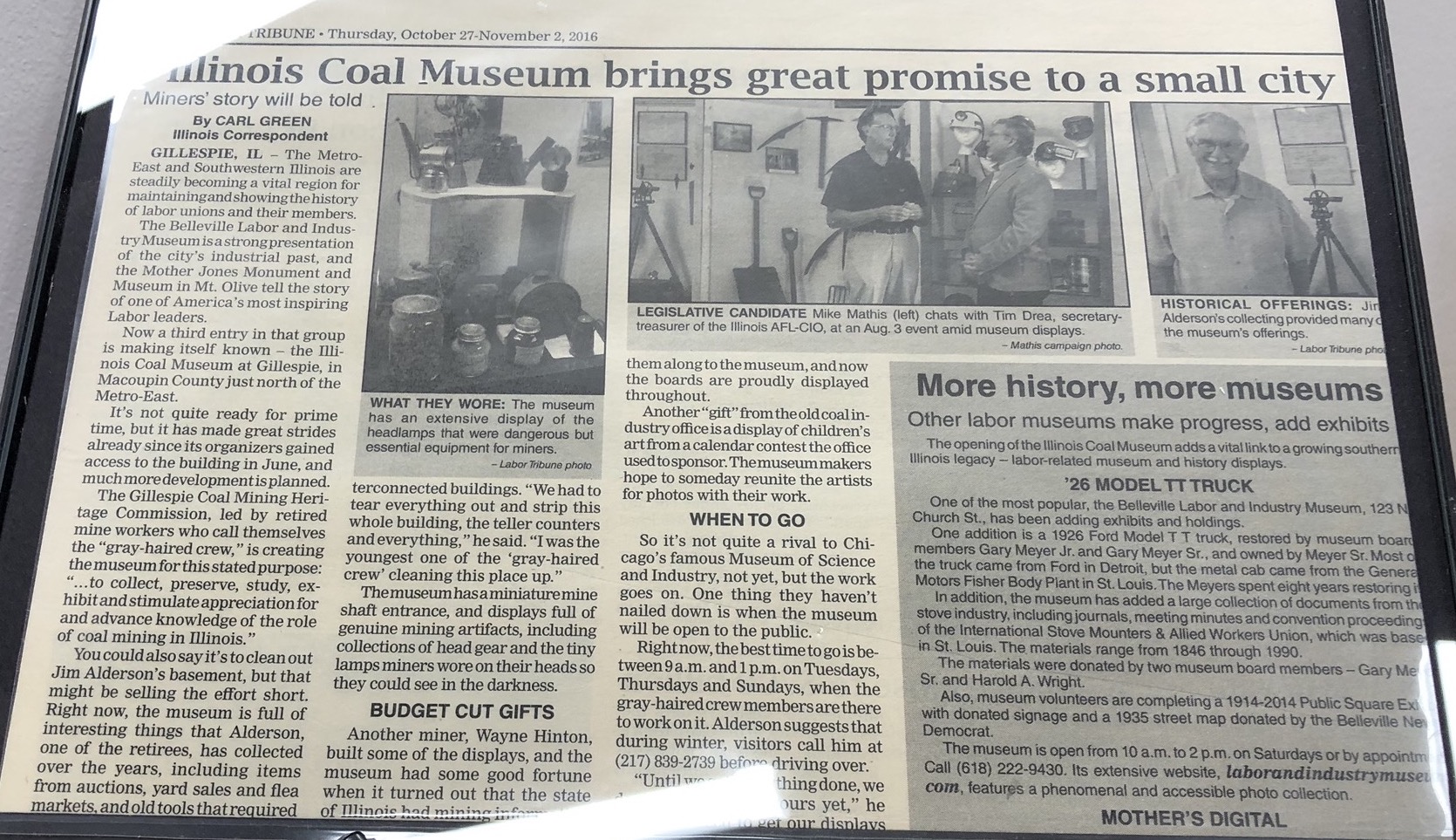 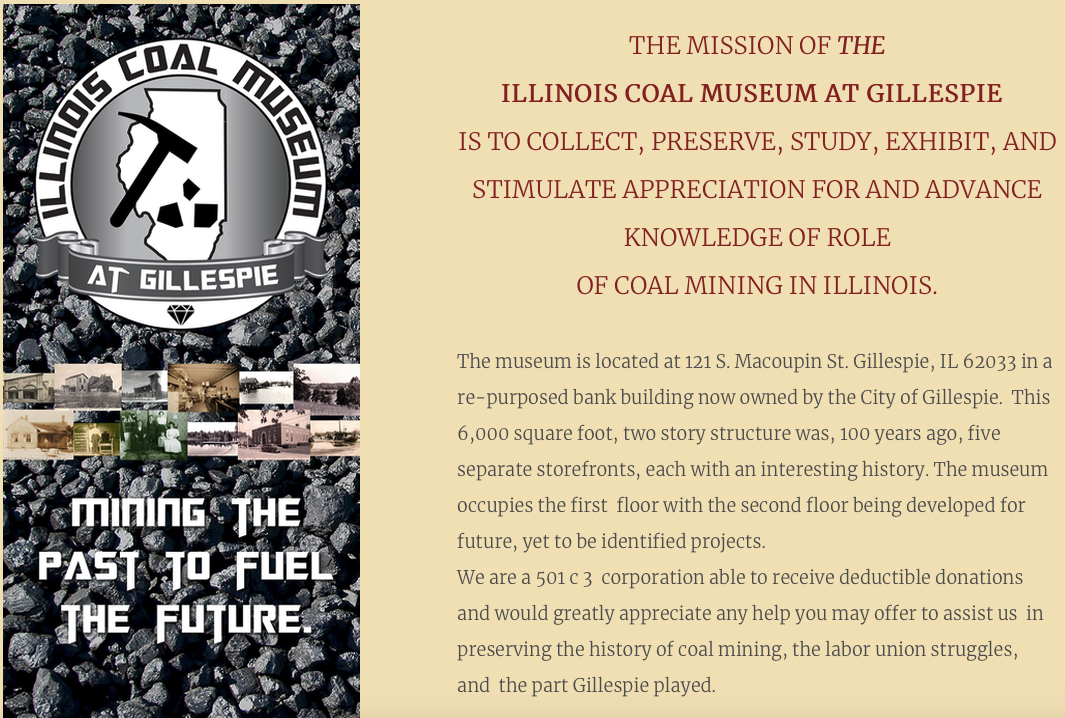 Today, Gillespie High School’s football team is called the Miners as are both the men’s and ladies’ baseball teams. 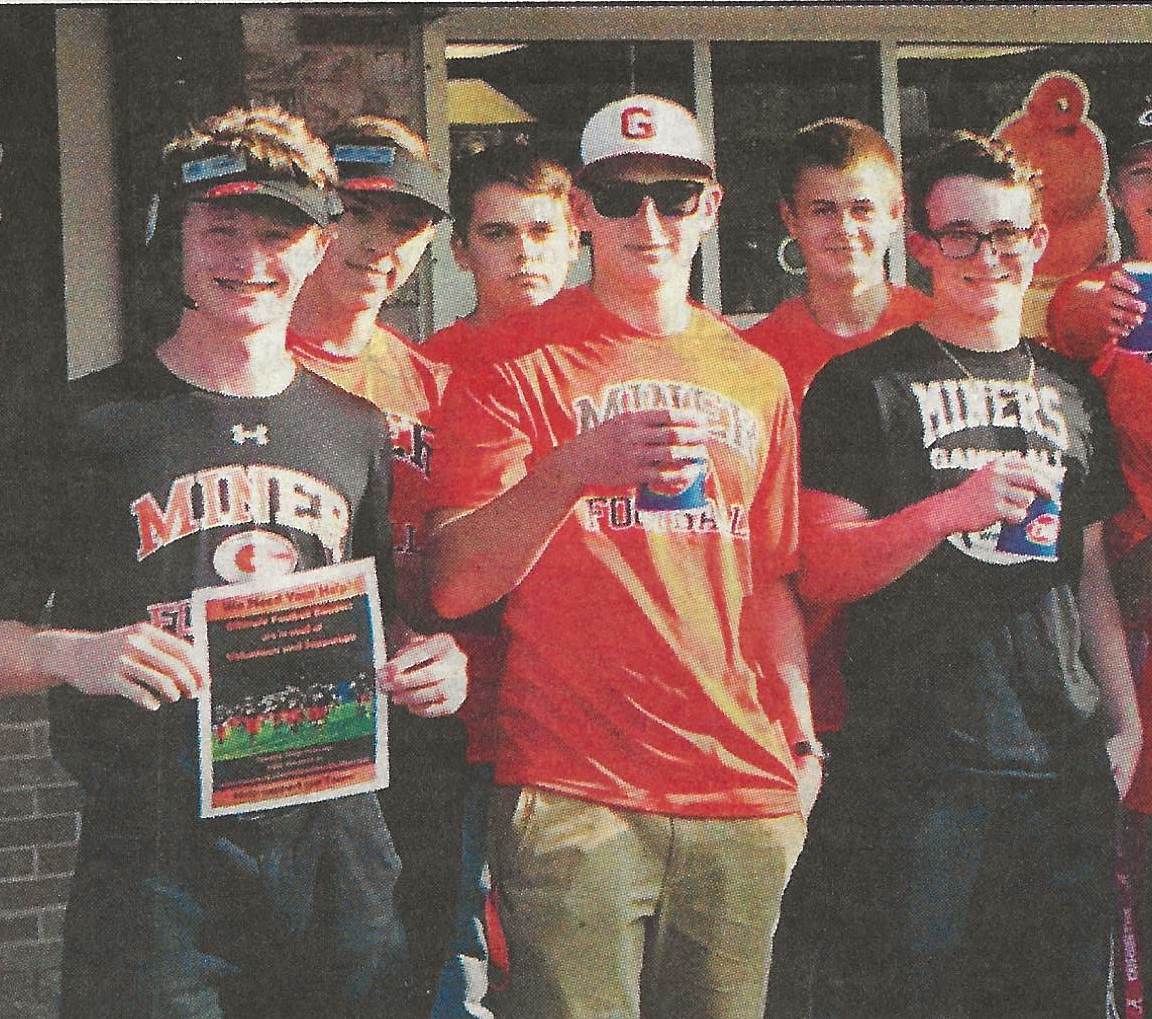