These local museums are tremendously important as public history venues because their scripts (materials, organization) are the vision of the people most directly connected with them, rather than museum professionals. They are furthermore important because their collections of mining paraphernalia demonstrate the importance that these objects had to the miners who had used them. The collections speak to the strong identity, pride and solidarity of miners as miners.

COFFEEN
We have hope for a private museum in Coffeen where a former miner has a major mining collection.

GILLESPIE: ILLINOIS COAL MUSEUM (121 S. Macoupin, TEXT: 833-228-8603)
The Illinois Coal Museum is the product of an outstanding collaboration between two local men: Jim Alderson (who donated his collection) and Dave Tucker (innovative Curator and Chairman of the museum’s Board of Directors). The museum has four principal themes with exhibitions and photographs: the natural history of coal, the union history of coal mining including in Gillespie where the Progressives and its Women’s Auxiliary were founded, the lives of miners with emphasis on their equipment and safety measures, and Gillespie itself as a coal town. A remarkable new exhibition has constructed a coal tunnel, which one can walk through and get a sense of what the underground experience was like. The museum has a small sale area with a selection of relevant books, mugs, pins, etc. The museum’s use of the building’s industrial architecture adds to the exhibition script. The museum also has a large seminar room. This museum is well worth a visit.

We are delighted to repeat the announcement made on November 18, 2020 by State Senator Andy Manar and State Representative Avery Bourne, that the City of Gillespie has received a $33,800 grant to assist with improvements to the Illinois Coal Museum. The Illinois Public Museum Capital Grants Program, administered by the Illinois Department of Natural Resources (IDNR), is specifically used for museums operated by local government or located on municipally-owned land. The museum building is actually three buildings and it will eventually include a pop-up shop and a business incubator. 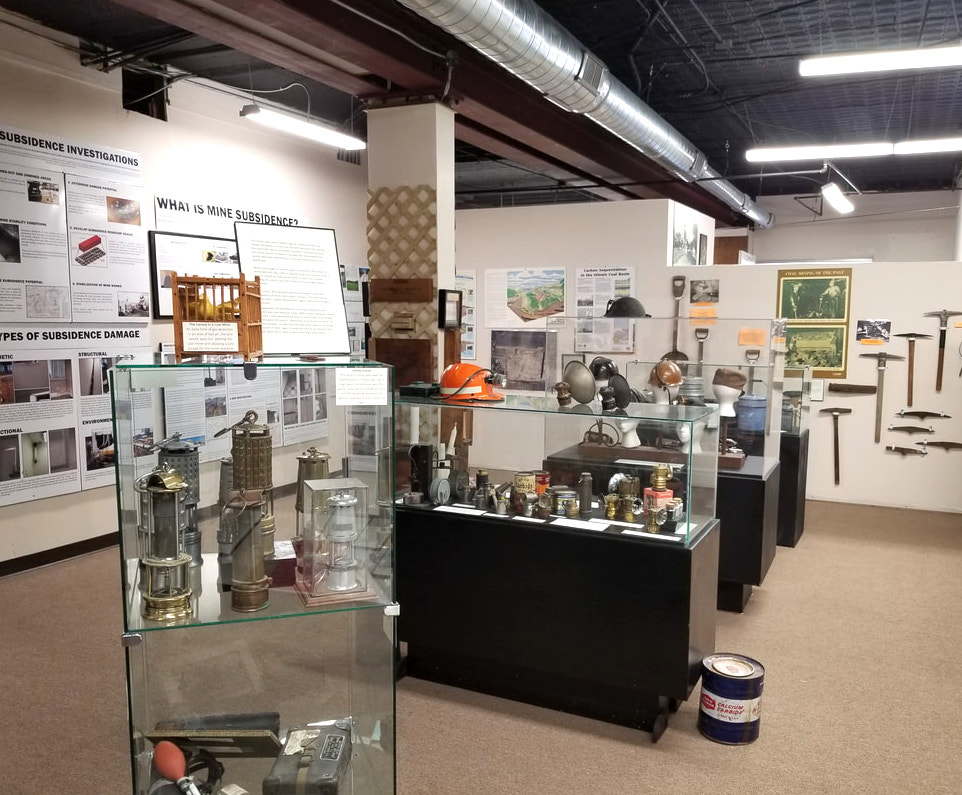 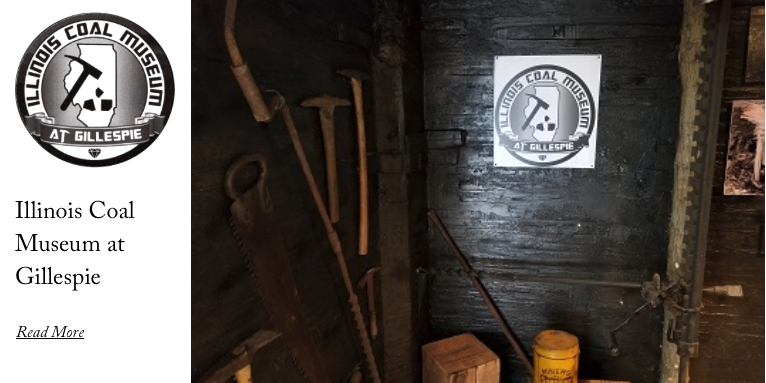 MT OLIVE: “REAL” MOTHER JONES MUSEUM (215 E. Main, TEL: 217-999-4261)
motherjonesmuseummtolive.org
Mt. Olive’s small Mother Jones Museum is being expanded. The museum has pride of place because this is town where Mother Jones chose to be buried. It is also where “General” Alexander Bradley had his home and base of operation. In addition to explanatory panels and display cases for mining memorabilia, the museum displays important, original historic papers of, by, and related to Mother Jones, Bradley, and the unions. 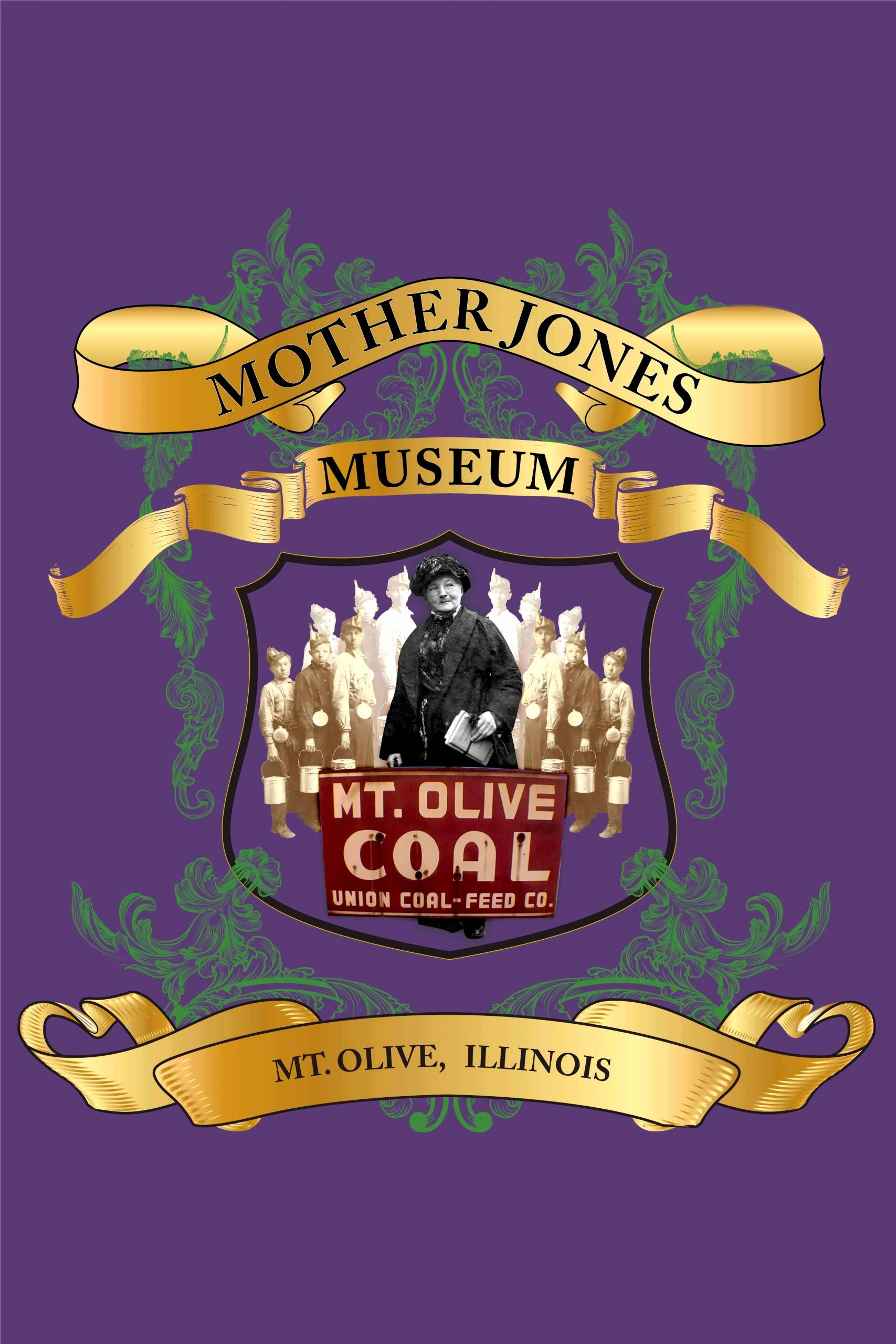 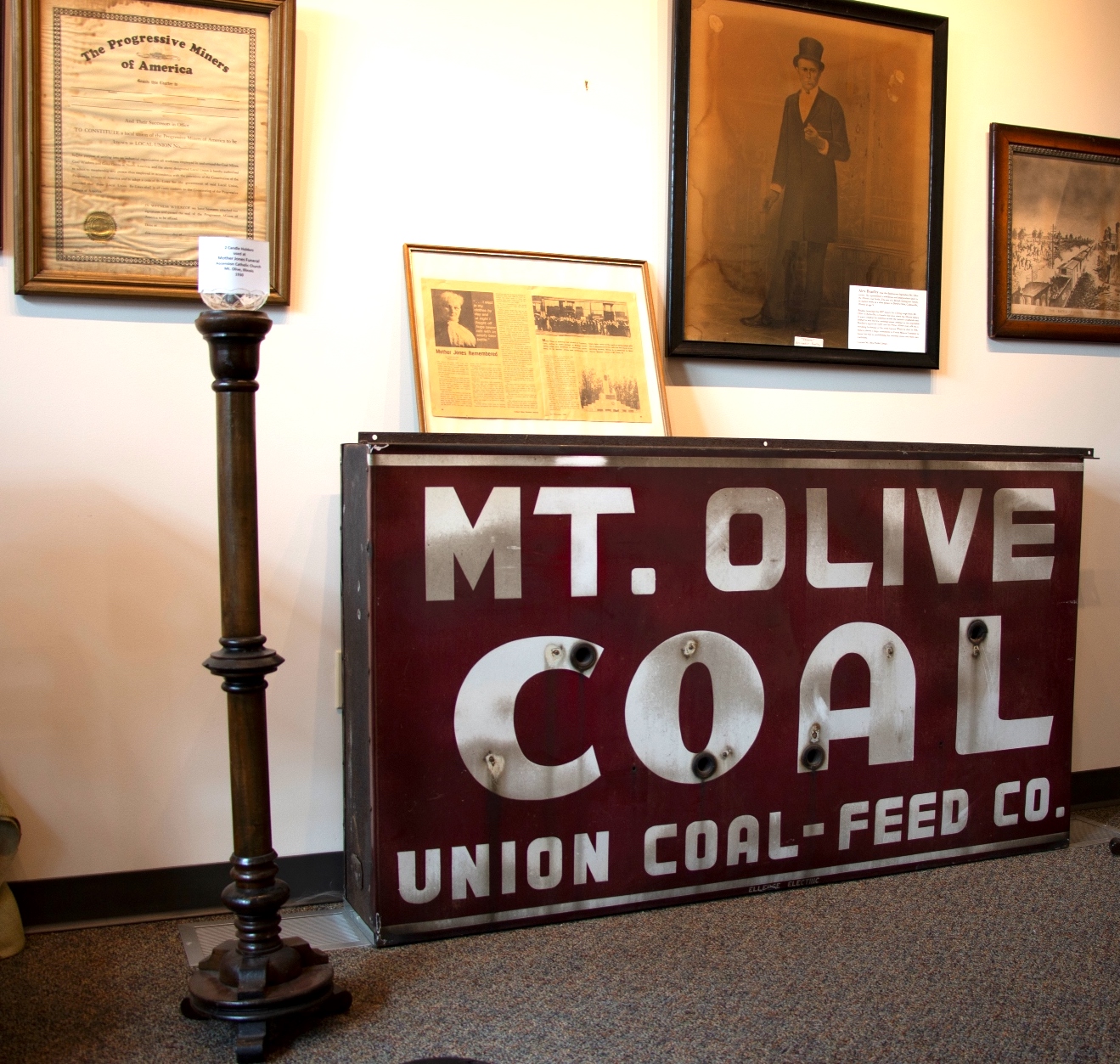 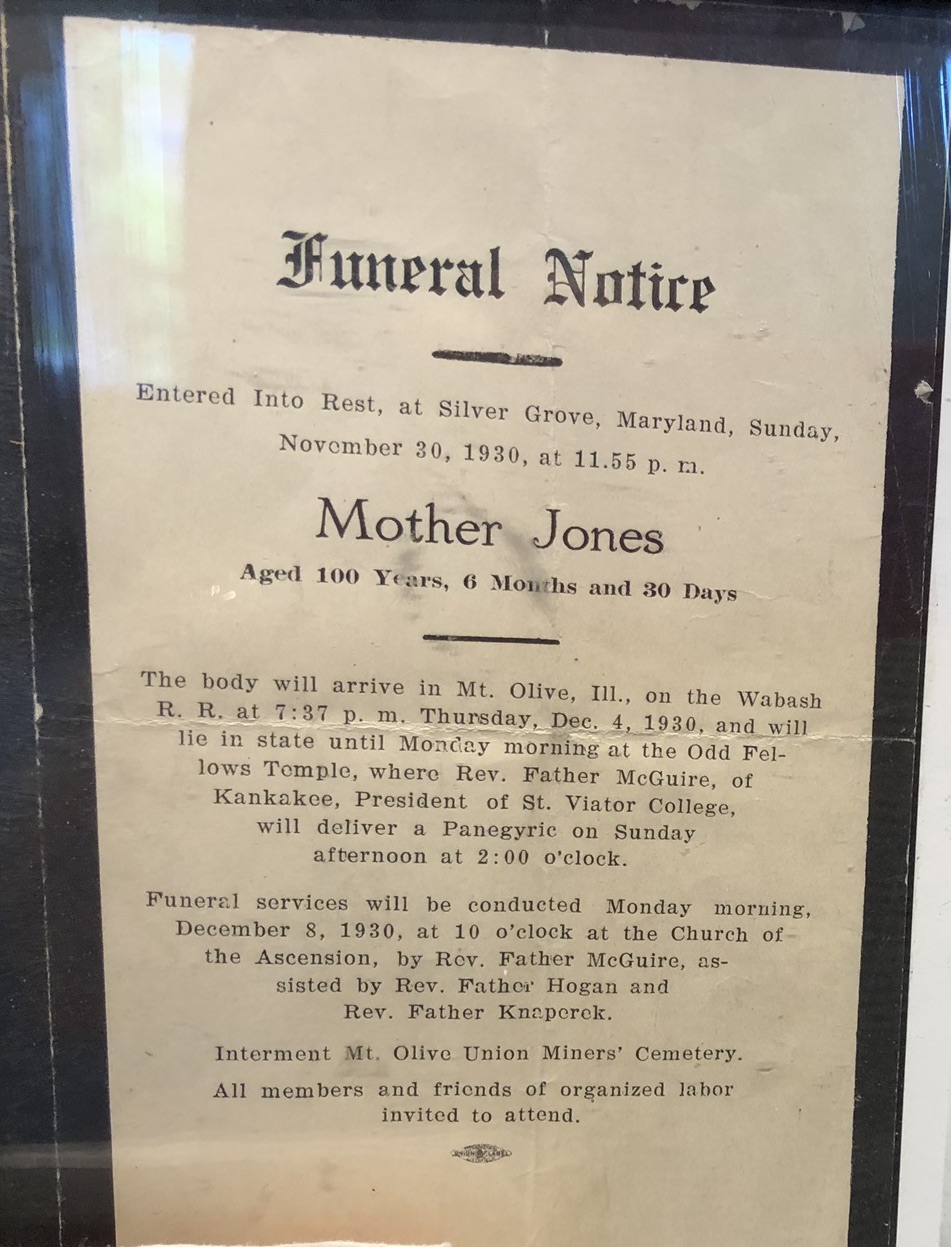 MOWEAQUA (129 S. Main, TEL: 217-768-3019)
Moweaqua suffered a disastrous coal mine explosion on Christmas Eve, 1932 resulting in the loss of 54 miners’ lives. The Coal Mine Museum in Moweaqua was established in 1986 explicitly to commemorate the 1932 mine disaster. According to the 2013 issue of Illinois History, every Christmas and Memorial Day a ceremony is held at which each lost miner is recalled.  Moweaqua preserves the generational memory of this defining loss to the community. 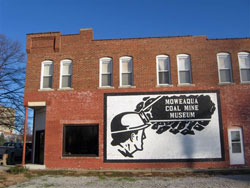 The museum has historic documents, photos and artifacts pertaining to the disaster and to Illinois’ coal mining history.

PANA (38 S. Oak Street, TEL: 217-820-1429)
Pana came into being around coal and was incorporated in 1857. Railroads transported the coal, being represented by the Big Four: Illinois Central, New York Central, Baltimore & Ohio, and Chicago & Eastern Illinois. Penwell is the name most closely associated with mining in Pana and with the tumultuous miners’ strike 1898-1899. The museum is run by Mr. Mike Cross and displays didactic panels illustrating the breadth of Pana’s history, with attention to the event for which the town is most famous.

TAYLORVILLE (1324 E. Park, TEL: 217-526-4408)
In 2003 two retired Lithuanian-American miners, William A. Stone and Ron Verbiski, created The Christian Country Coal Mine Museum (Charles E. Martin, current Director). The museum has photographs, documents and artifacts pertaining to the dramatic events in this area. It also has an excellent collection of miners’ photographs about their work underground. The museum is featured in Mark McDonald’s “Illinois Stories”: https://www.youtube.com/watch?v=RLNElpq5r7U