Dickson Mounds is located in Lewistown on the Spoon River. In 1927 Dr. Don Dickson began to excavate burials within one of the mounds on his family farm. In what was technically an appropriate technique, Dr. Dickson pedestaled the burials. By the time he had uncovered all of them, the result was visually staggering: 248 burials. He constructed a protective building for the burials, thereby creating a museum, and opened the private site to visitors. In the first year some 40,000 tourists arrived.

WE DO NOT SHOW THE HISTORIC PHOTOGRAPH OF THE FULLY EXCAVATED SITE IN DEFERENCE TO THE SENSIBILITIES OF THE NATIVE AMERICAN TRIBES WHO STRUGGLED FOR MANY YEARS TO HAVE THESE BURIALS COVERED.

The Depression and then World War II diminished attendance and following the war Dr. Dickson sold the site to the State of Illinois, but he remained as the site manager, continuing in that position for some twenty years. In 1965 the site was transferred to the Illinois State Museum. And this is when archaeology and tourism intersected American cultural politics.

Alongside the African American Civil Rights movement, Native American people began to vigorously protest what they argued was their continuing oppression by Anglo society as manifested quite visibly in the display of their ancestors in museums around the country and the hoarding of their ancestors’ skeletal remains and associated sacred cultural artifacts in museum storerooms. Not to mention archaeologists’ continued excavation of Native American graves. Native Americans began to lead protests at Dickson Mounds demanding closure of the exhibition.

In 1990 then Governor Jim Edgar promised to keep the exhibition open, but 1990 is also when the U.S. Congress passed the federal law known by its acronym of NAGPRA, the Native American Graves Protection and Repatriation Act. That law in combination with the intense pressure of Native Americans led to the final decision to close the exhibition. In April 1992 the last visitors saw the site.

Anticipating a loss of tourism in Lewistown, the State promised to renovate the museum at Dickson Mounds and, indeed, the museum today is a beautiful building that sits harmoniously on the landscape.

Inside there are many rooms with dioramas, display cases and multi-media panels that explain and illustrate the long history of Native Americans in the area. The site itself pertained to the Mississippian culture and thus was related to Cahokia. 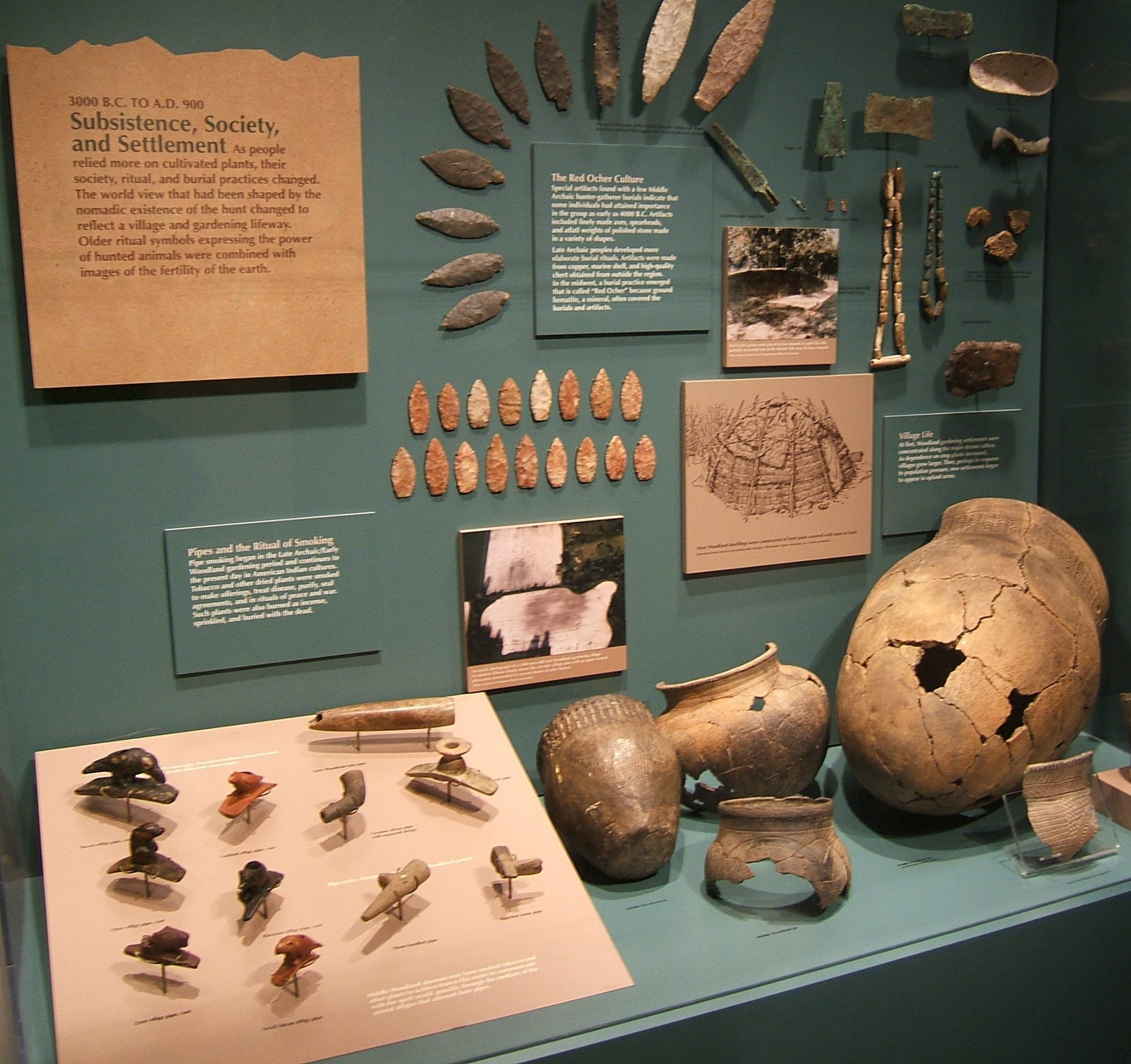 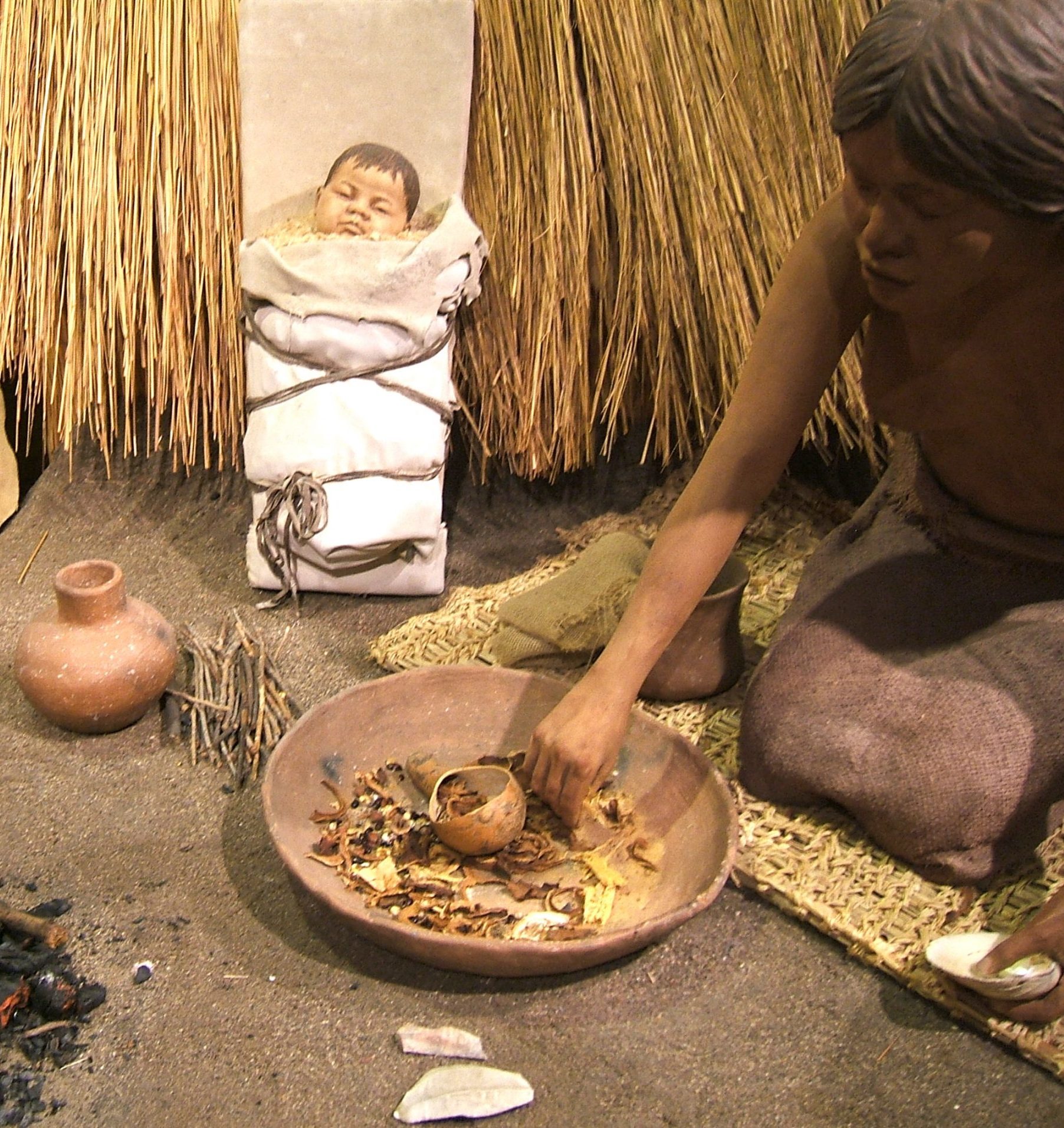 The controversial burials are hidden by a wooden floor in a deep square room that one descends by means of ramps while watching a multi-media projection into the space. Called “Reflections on Three Worlds”, it dramatically presents Native American cosmology through narration, quotes from ceremonies, moving animation, images of artifacts and recorded old and contemporary music from various American Indian tribes. The museum is careful to indicate that permission was received from tribes for this exhibition. 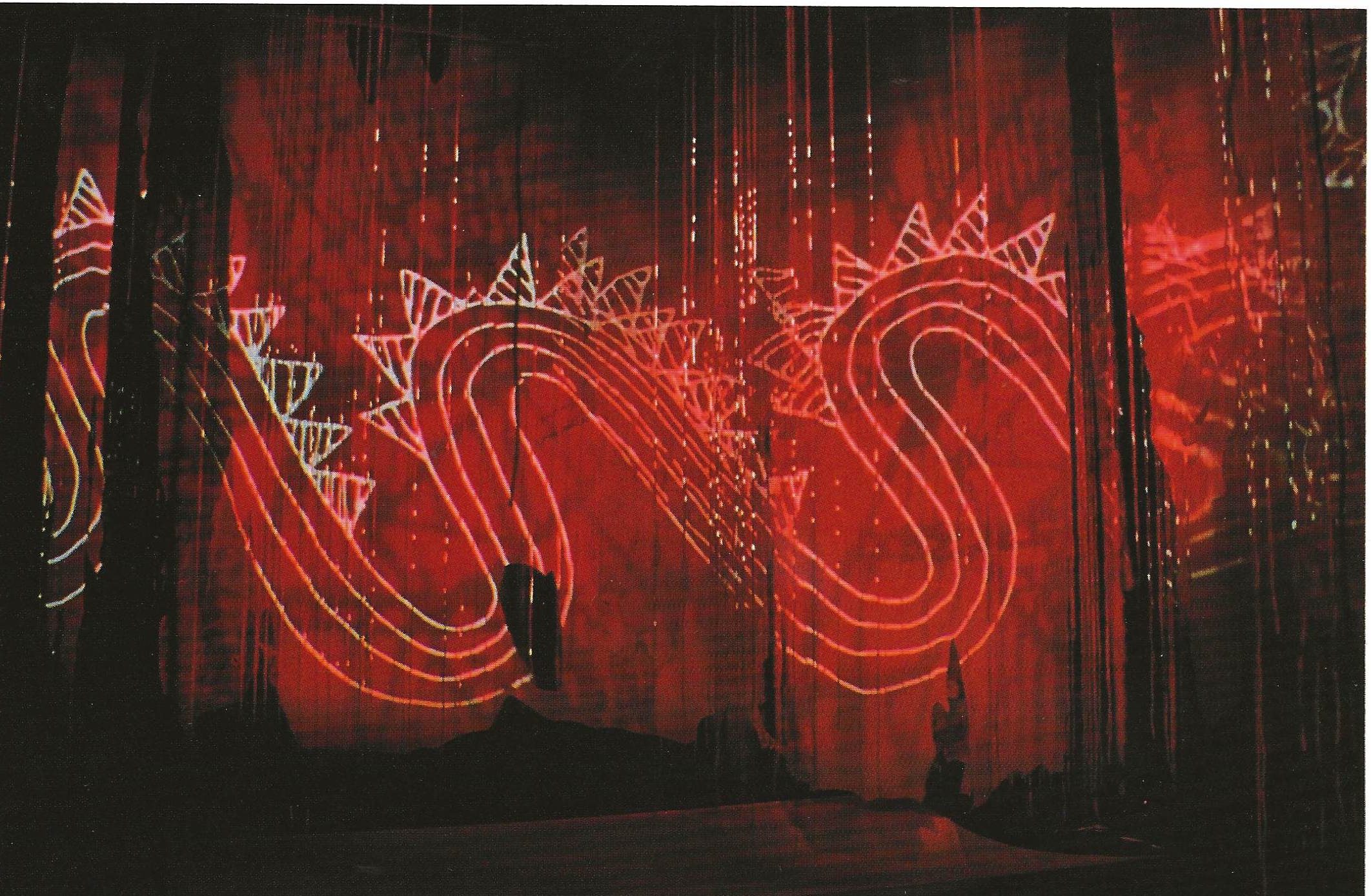 A small side room in the presents the history of discovery of the burials, the keen interest the burials prompted, and the later reburial controversy. It is a very important script that visitors should consider looking at during their visit to this excellent museum. 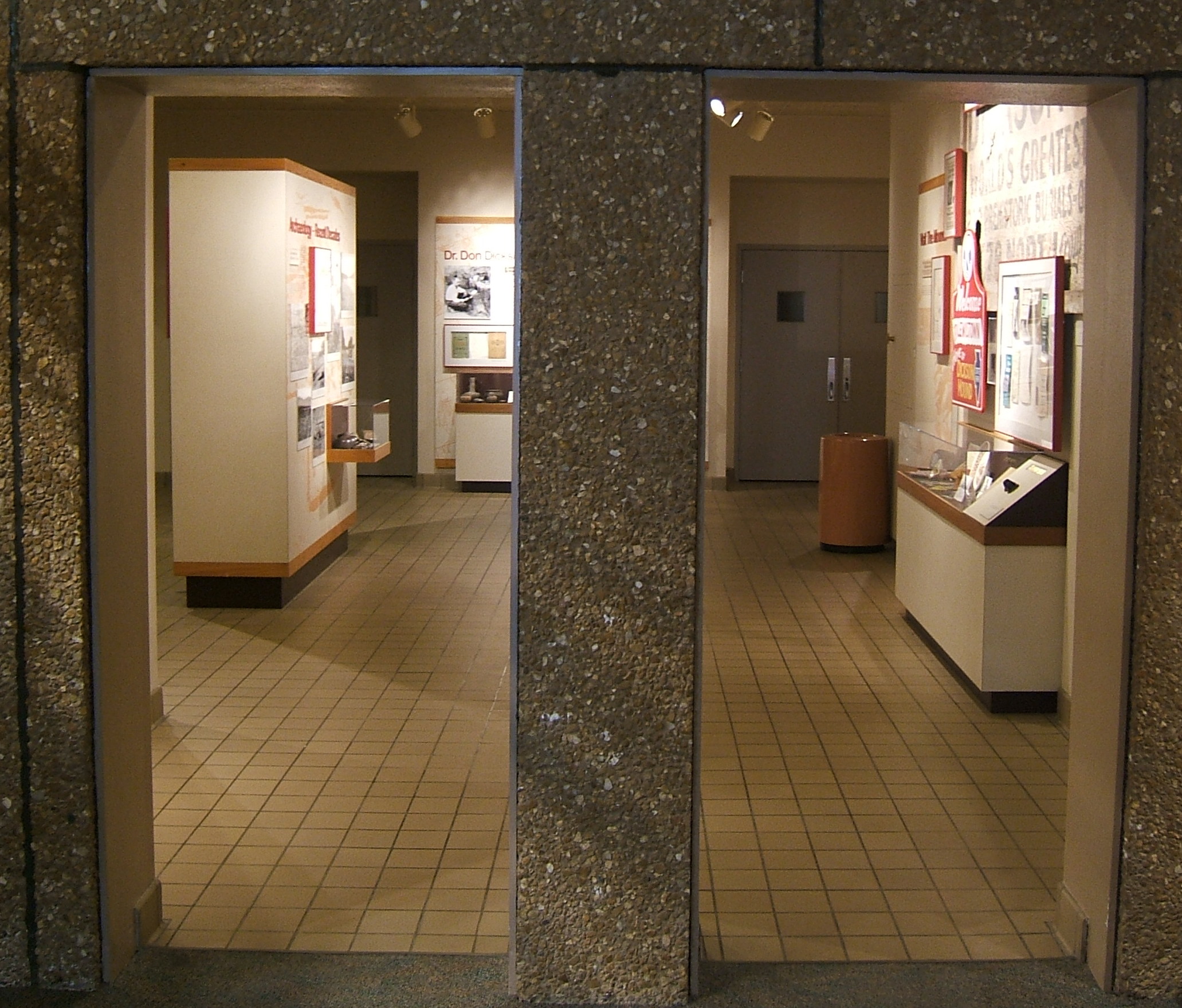 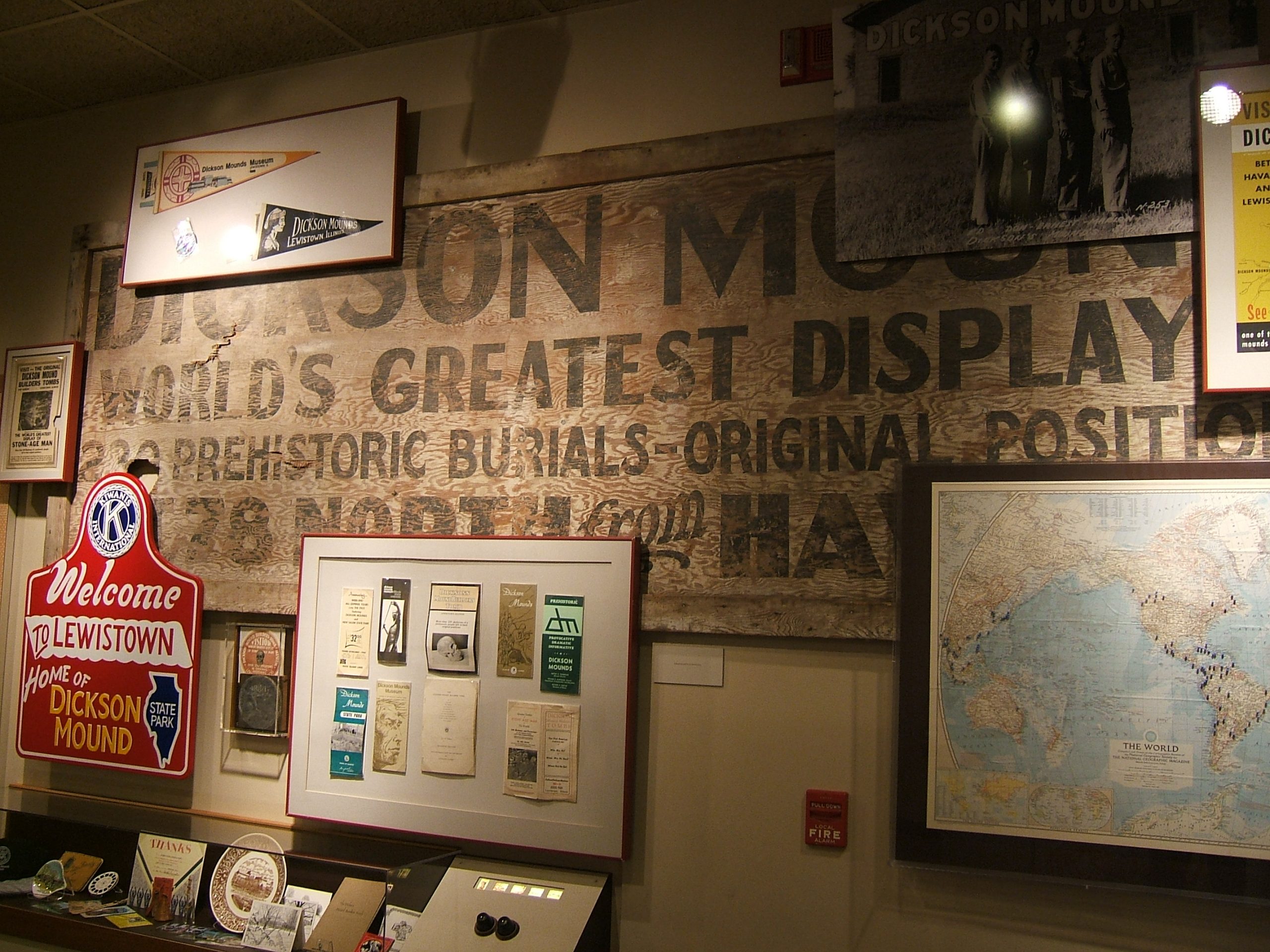 The museum has excellent excellent educational programming and public programs.