Located 22 miles from Nauvoo is Carthage, significant as the place where the leader of the new Mormon religion, Joseph Smith, was imprisoned and killed.  The event is said to have been incited by the Warsaw newspaper’s constant drumming of anti-Mormon sentiment. That opposition was based on antipathy to the Mormon religion, culture (including polygamy), growing Mormon economic power and property acquisitions, and Mormon domination of the legal system.

Joseph Smith was in jail because he was facing multiple charges including treason. On June 27, 1844 an armed mob surrounded the jail and an unknown number of men ascended the stairs where he, his brother Hyrum, and two other Mormons were being held. The Mormon prisoners also were armed. The Smiths died in the shoot-out. Two co-religionists, also being held, survived. 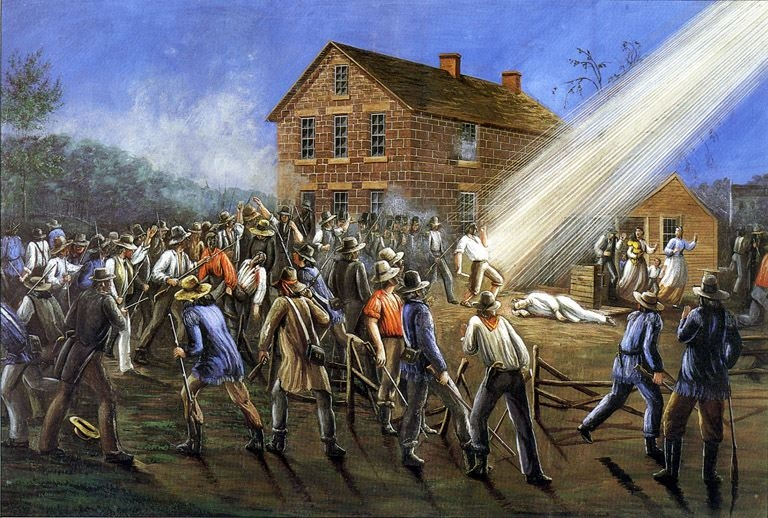 Notwithstanding the vigilanteism in Carthage, we learn in the Quincy Museum of History that Artois Hamilton, a local innkeeper, retrieved the bodies of the Smith brothers and quickly made crude coffins for them and transported their bodies back to Nauvoo. Apparently realizing that their days in Nauvoo were now numbered, Mormons (who is unknown) gave the keys to their temple to Artois Hamilton. 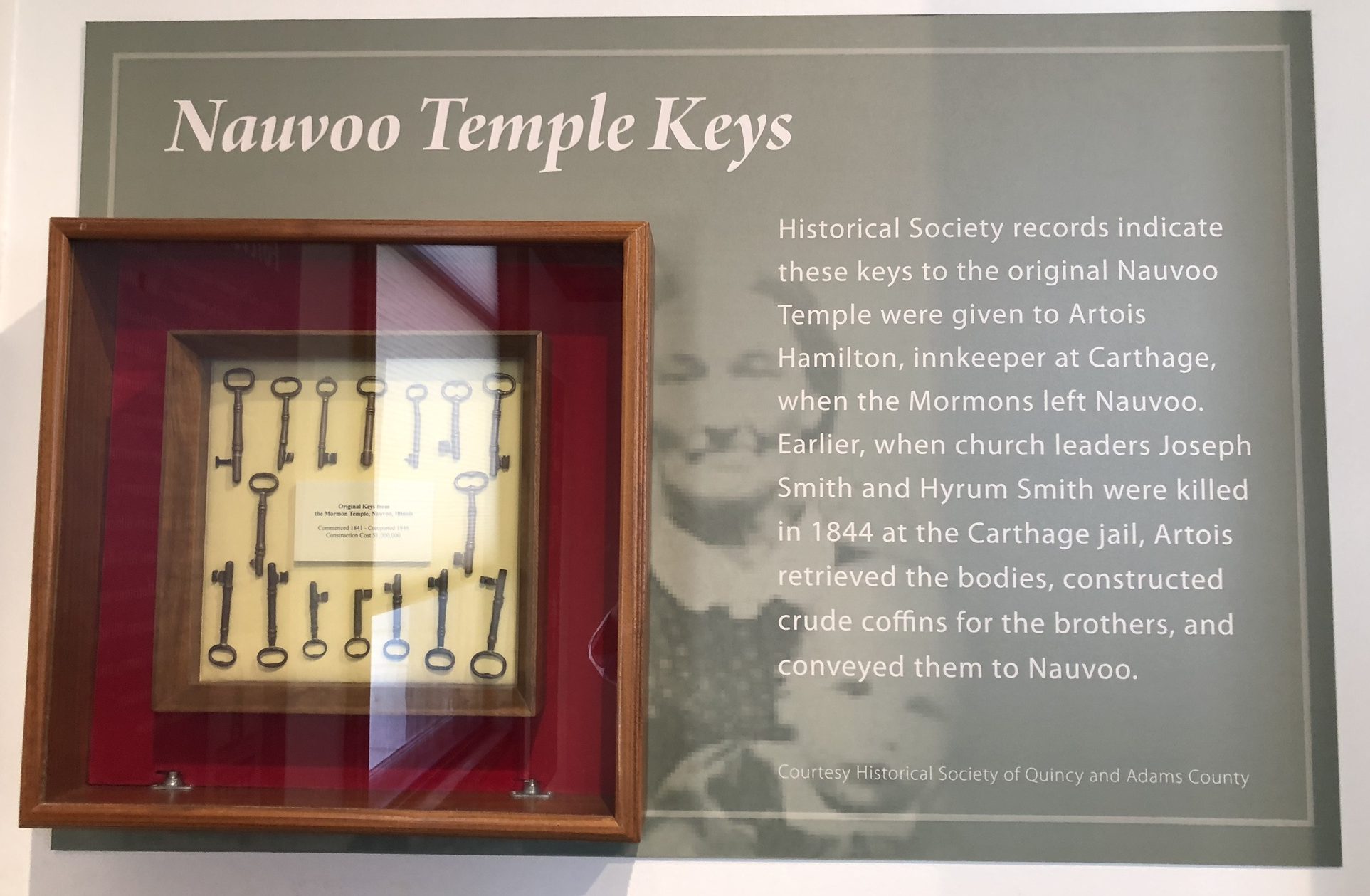 The Mormon Church of Latter Day Saints purchased the building in 1903. In 1989 it restored (and rededicated) the jail to its appearance in the time of Joseph Smith and they have created a visitor’s center, open to Mormons and non-Mormons in a guided tour. For Mormons it is a place of pilgrimage and prayer. The interpretation by historians of the Carthage Jail event varies from the presented martyrdom script in terms of what Joseph Smith had done leading to his imprisonment. But all sources are unanimous that an assassination happened that day. The Carthage Jail was placed on the National Register of Historic Places in 1973. 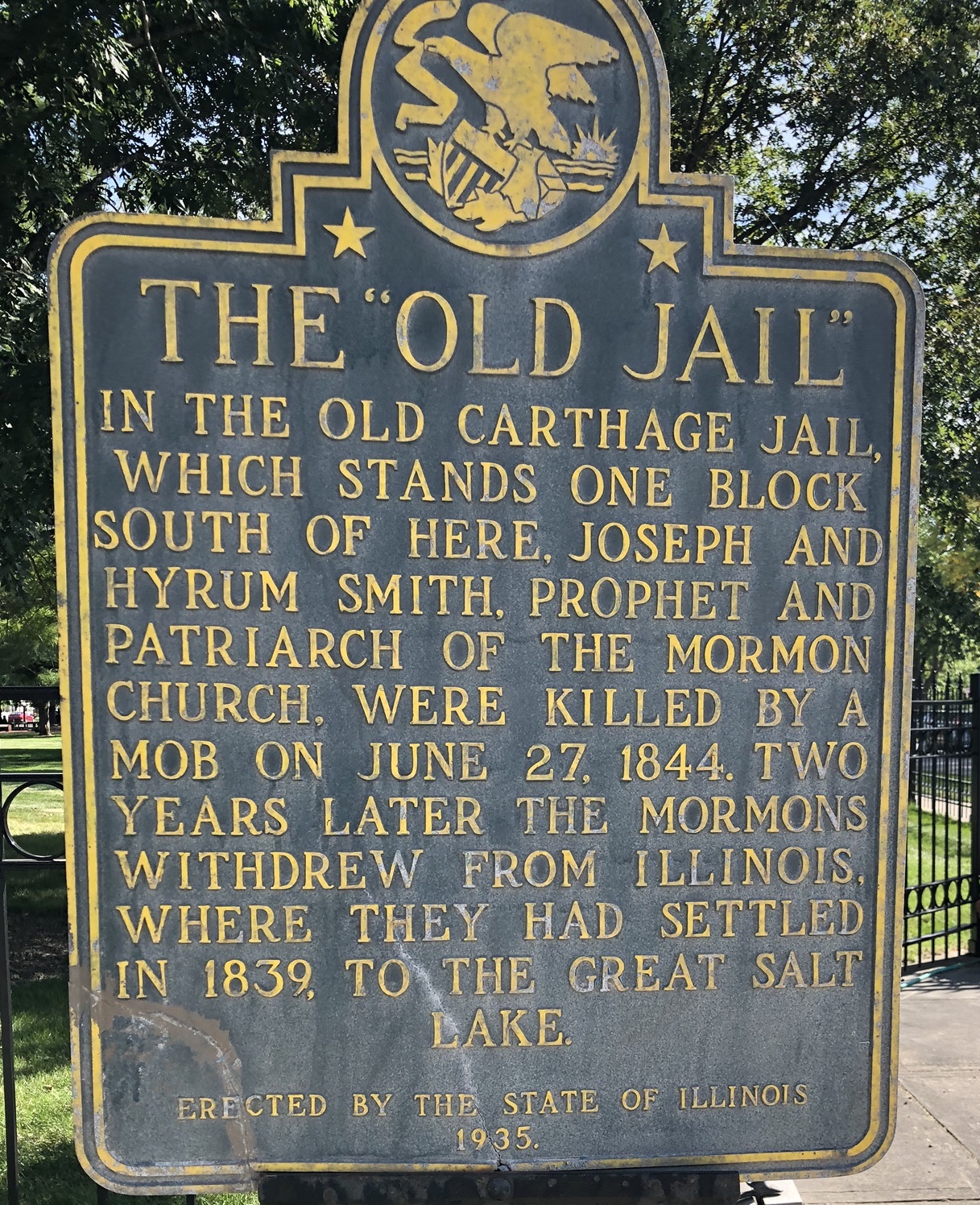 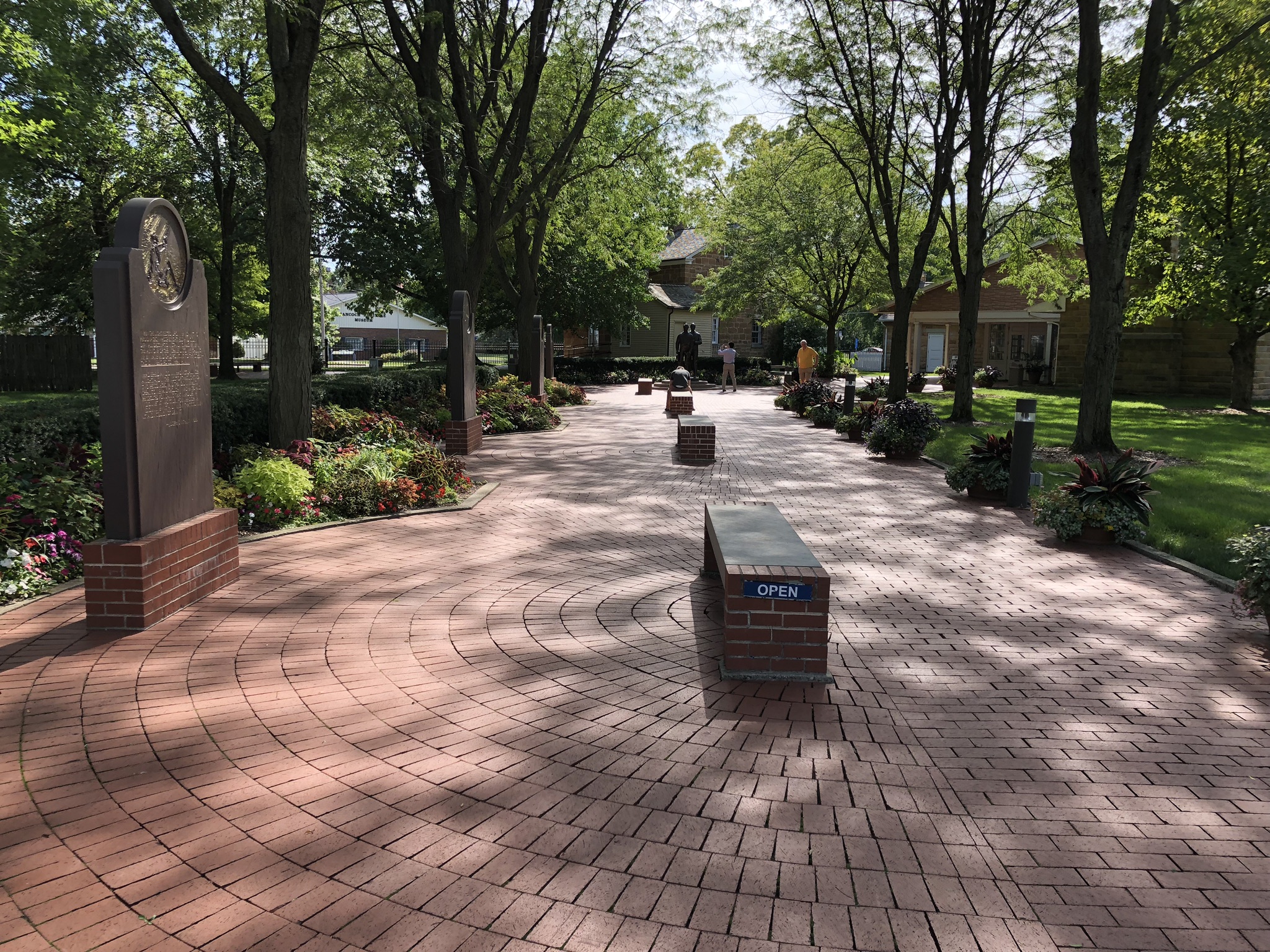 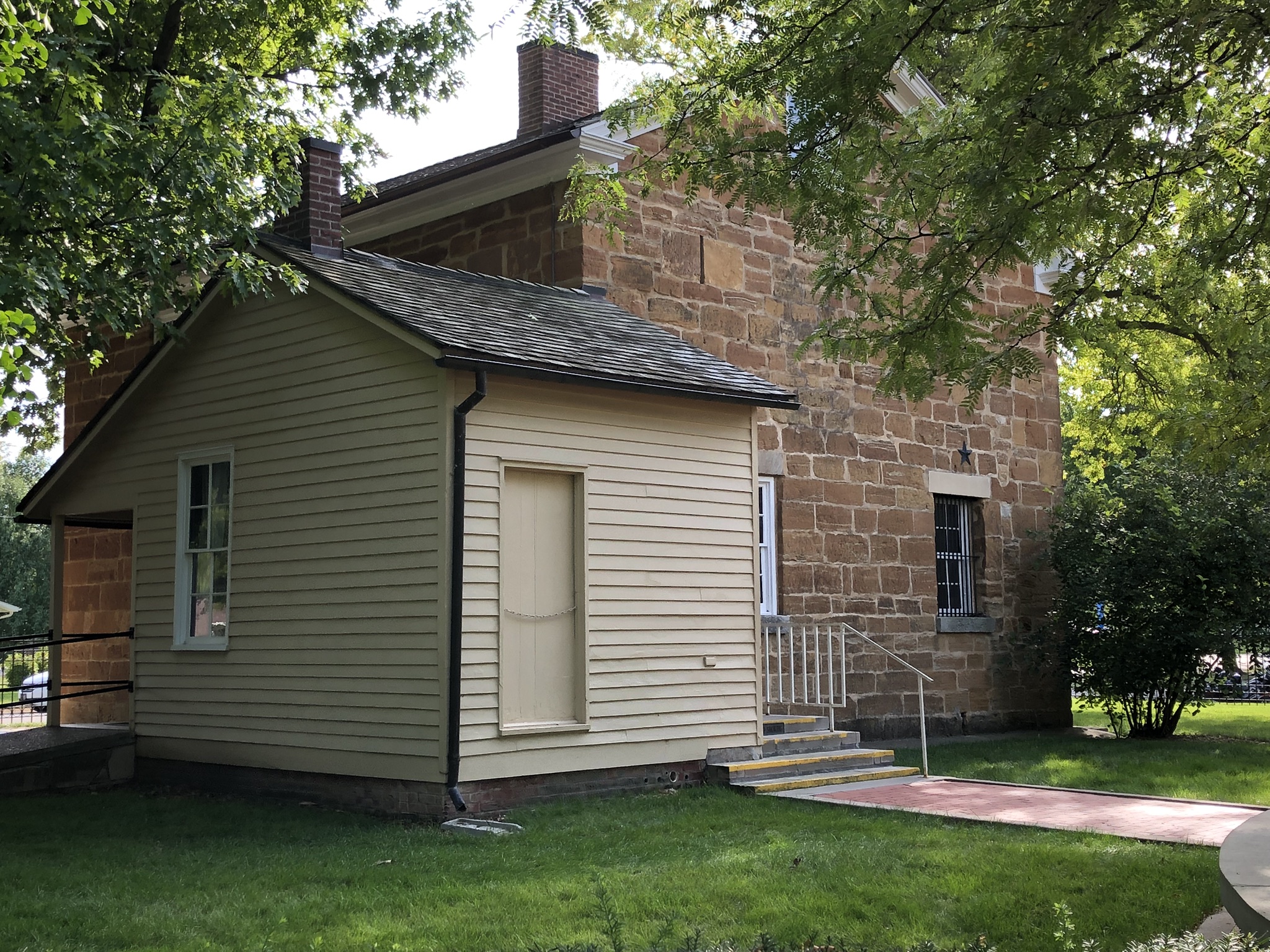 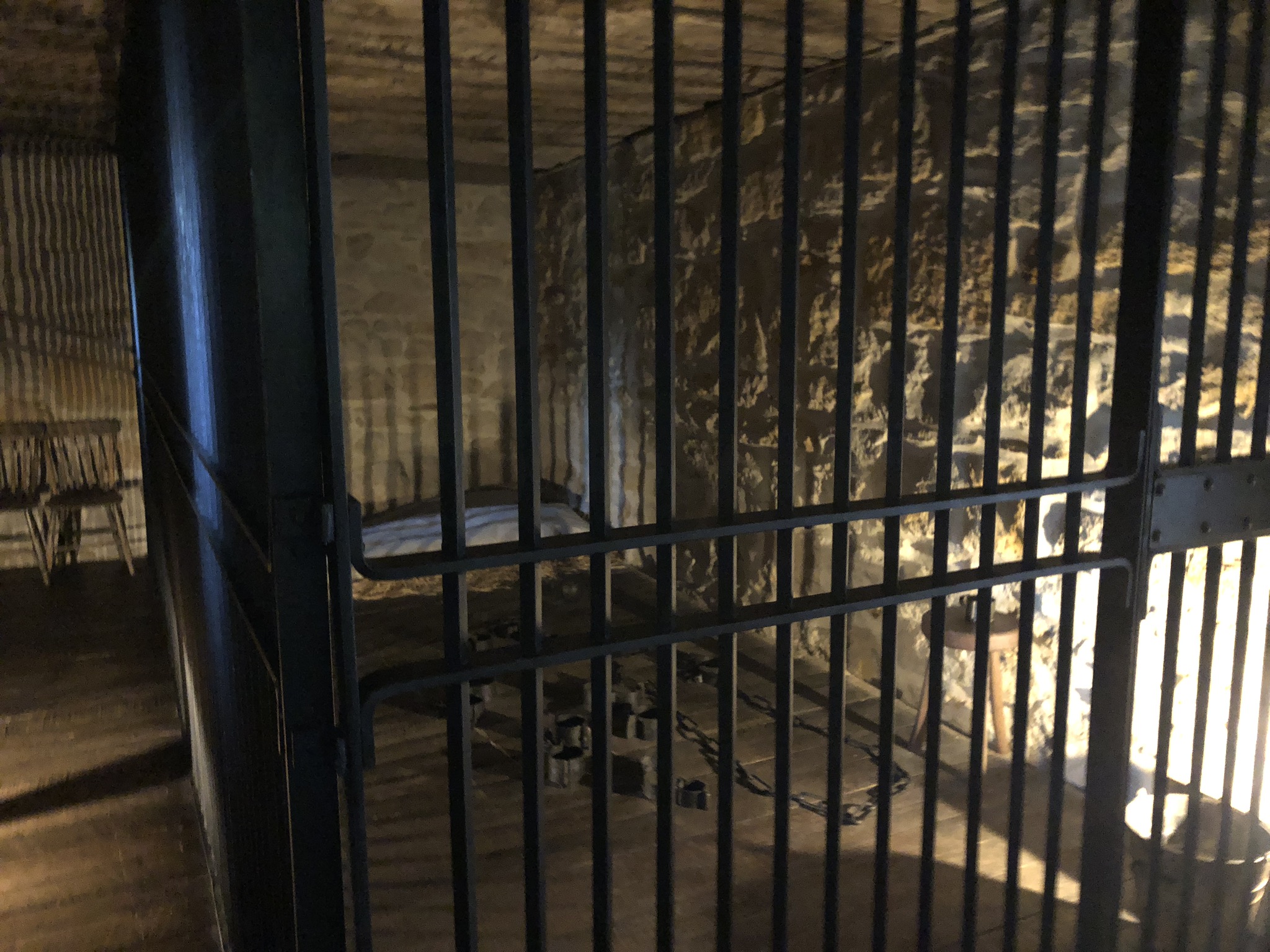 REFERENCES
Park, Benjamin E. Kingdom of Nauvoo. The Rise and Fall of a Religious Empire on the American Frontier. (Liveright, 2020) – popular
Smith, Alex D.  2019. “Untouchable: Joseph Smith’s use of the law as catalyst for assassination”. Journal of the Illinois State Historical Society 112(1): 8-42. – academic