CHESTER IS THE SOUTHERN GATEWAY TO FRENCH COLONIAL ILLINOIS.
Chester is at the entrance to the region where Illinois began — mere miles from the confluence of the Kaskaskia River with the Mississippi, from the French Fort Kaskaskia and the recently discovered (by Dr. Mark Wagner, SIU) American Fort Kaskaskia, from Prairie du Rocher and Fort de Chartres, and where the old village of Kaskaskia used to be located before the great flood of 1881 turned it into an island. The Pierre Menard house is nearby as is Garrison Hill Cemetery, where the graves of Kaskaskia were relocated when the land was inundated. 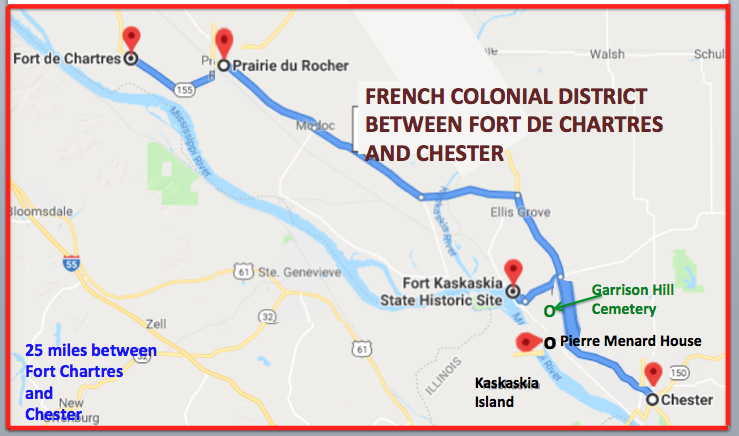 Near Chester is one of the landmark historic plaques of the Lewis and Clark Expedition (commemorating their November 27, 1803 overnight camp). And in Chester itself the Public Library’s “first books” room holds the Morrison Ledger in which purchases by Lewis and Clark and by Shadrach Bond (first Governor of Illinois) are recorded. Indeed, the County Museum has the oldest written records for the state. Shadrach Bond is buried in the town cemetery.

Another interesting fact about Chester is that five flags fly outside the county Courthouse (Chester is the capital of Randolph County), reflecting its history: France, England, Virginia (see discussion below), Illinois and the U.S. [Why Virginia? Because when American troops captured British sites in 1778 (which had previously been French), Illinois Country was proclaimed to be part of the Commonwealth of Virginia] 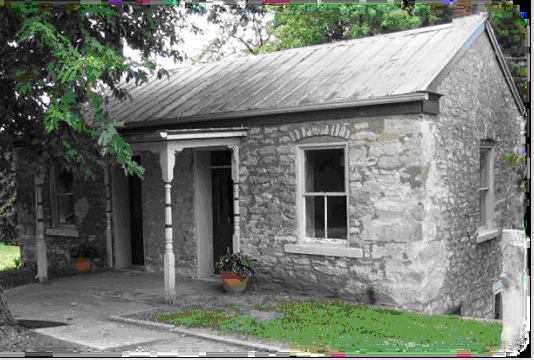 Chester also has a number of surviving WPA buildings: the post office (see below), an original water plant, a swimming pool and a high school football bowl. All of these attest to the range of public works undertaken during the Depression and are worthy of attention and conservation.

THE MARK TWAIN CONNECTION
Look at the image for this page (above). You think that river boat is cruising the Mississippi River, don’t you? The boat is called “Mark Twain” so it’s a logical assumption given Twain’s intimate relationship to the river. But guess what! That boat is cruising the River Dee in Chester, England ! Here is the connection and it’s fascinating.

The first house in Chester, Illinois was built in 1829 by a Mr. Samuel Smith whose wife, Jane, was from England’s Chester. It is she who suggested naming the new settlement along the Mississippi after her home town. We certainly can understand Jane’s nostalgia for English Chester, a beautiful historic town.  And just as the River Dee was fundamental to the economy of that Chester, so the Mississippi River contributed to the growth of our Chester and so many other river towns along it.

English Chester seems to have seized upon the romance of Mark Twain’s immortal trips on the Mississippi as part of its own tourism offering.  But there’s actually a connection to be drawn: Mark Twain spent a significant amount of time in the Illinois Chester between 1857 and the start of the Civil War. It is known that he stayed in the Cliff House and in his book, Life on the Mississippi, Twain recalls the Cohen House’s blue windows, which he could see from the river.

CHESTER AND WPA ART
Chester has an exceptional piece of WPA (Works Progress Administration) art in its post office, which should contribute to a National Register of Historic Places designation. In the post office you can see “Loading the Packet”, painted by Fay E. Davis in 1940. This historically retrospective painting shows African Americans carrying heavy white sack bags of mail to the waiting steam boat docked in the Mississippi River. Transcending the beauty the painting itself, the artwork can be read as an ethnographic text as much as a historical remembrance. 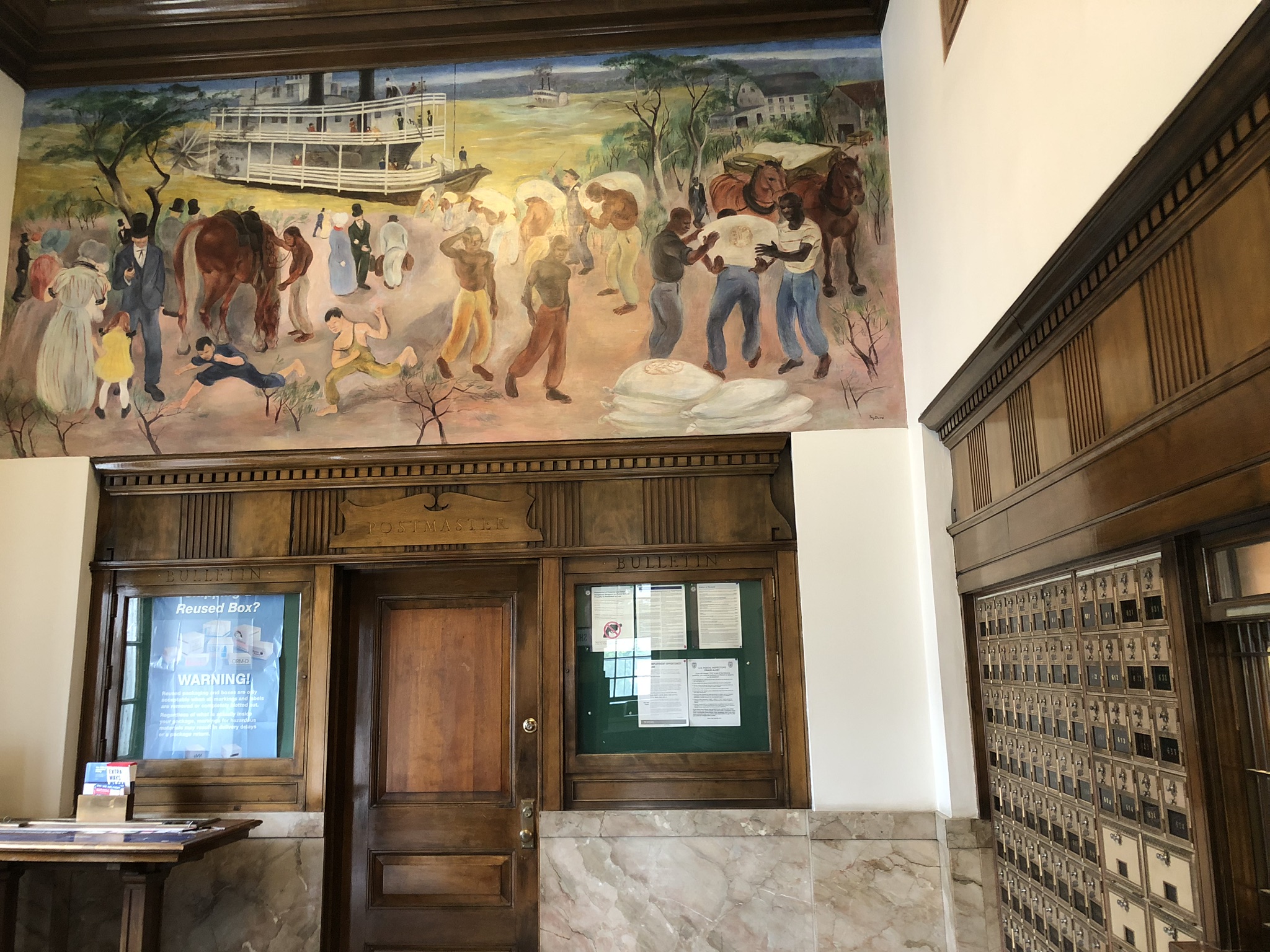 CHESTER AND POPEYE
Chester is best known in American popular culture as the birthplace E. C. Segar, creator of Popeye the Sailor. Popeye appeared for the first time on January 17, 1929 in a comic strip called “Thimble Theatre.” Popeye and the almost two dozen associated characters created by Segar appeared in cartoon animation in 1933. Although Segar died in 1938 Popeye has lived to delight generations of children and adults (on TV beginning in 1960, through Disney, 1980).

Chester pays homage to its native son with a whimsical trail of statues of the most famous Popeye characters running through town and with a 6′, 900-pound bronze statue of Popeye in Elzie C. Segar Memorial Park. It is believed that Segar created many of the cartoon characters from his own experiences with some of his neighbors in Chester, his home town.